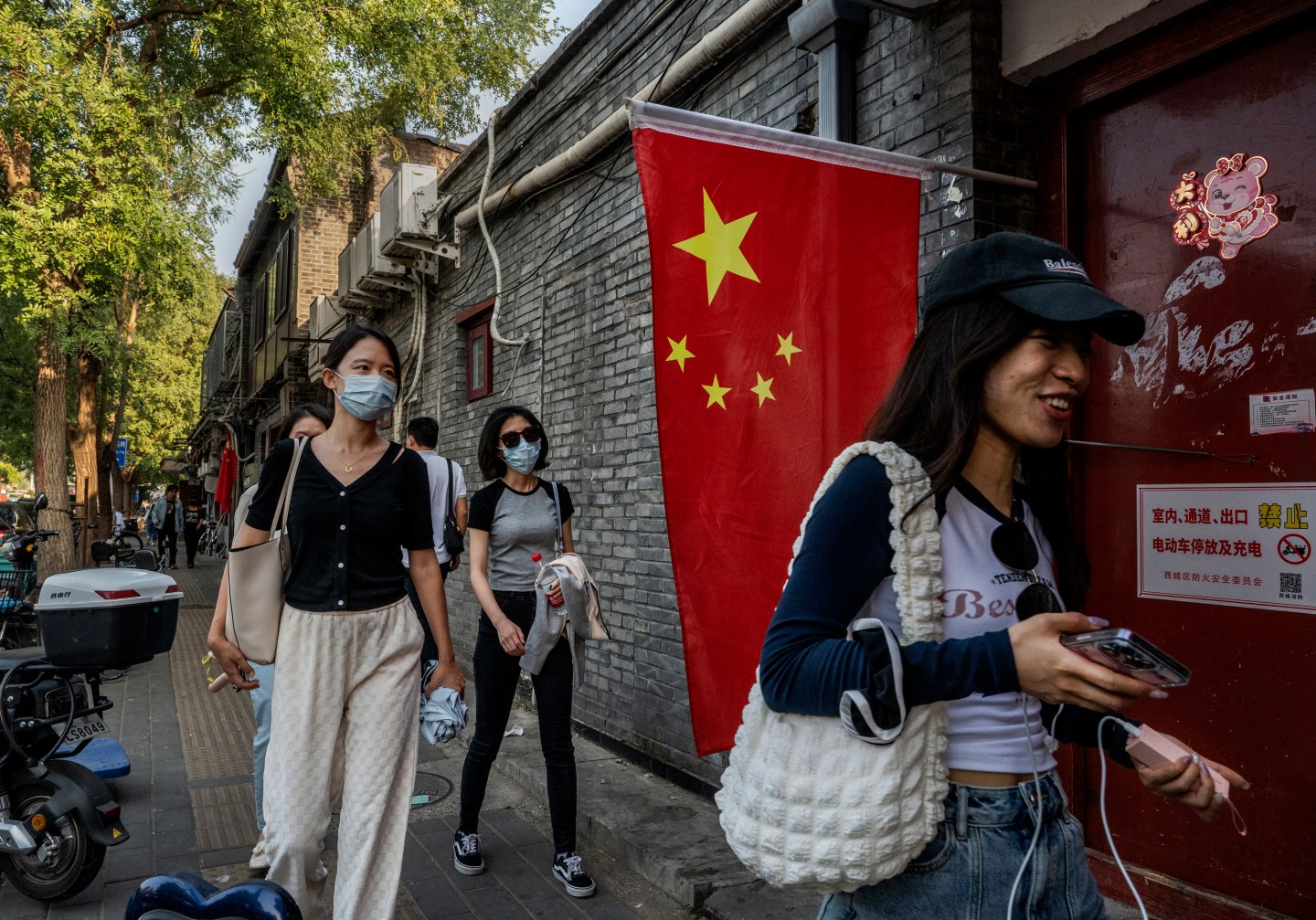 China has told women to uphold “family values” in an updated gender law, the latest sign females are facing growing pressure to adopt domestic roles in the world’s second-largest economy.

An amendment to the Women’s Rights and Interests Protection Law passed by the nation’s top legislative body on Sunday introduced a list of moral standards for women to observe.

“Women should respect and obey national laws, respect social morals, professional ethics and family values,” according to the law’s opening chapter, which outlines the overarching principles of the revised legislation. It will be adopted from 2023.

As China grapples with record-low birth rates and plummeting marriage numbers, women are coming under pressure to revert to traditional caregiver roles. President Xi Jinping said it was crucial for women to be “good wives and mothers” to ensure the “healthy growth of the next generation” in a 2013 speech.

“China is attempting to use laws to regulate and discipline women,” said Xiaowen Liang, a New York-based feminist and lawyer. “Why do you only need women to observe family values? What kind of family values are we talking about? These are very vague ideas.”

Women were excluded from China’s top-decision making Politburo for the first time in a quarter century last month, at a key leadership reshuffle where Xi promoted a slew of male allies, marking a major step back for gender equality in the nation.

Guo Linmao, who sits on the legislative affairs commission of the parliament’s Standing Committee, said Sunday that the revised law “comprehensively implemented the basic state policy of gender equality,” according to the official Xinhua News Agency.

Other revisions tackled sexual harassment and discrimination, with the updated legislation banning employers from passing over women for promotions due to their marital or pregnancy status.

It also requires lower level governments to report the suspected abduction or trafficking of women to police in a timely manner. The case of a mother of eight who was kept chained by the neck in a hut sparked calls earlier this year for a nationwide review of trafficked women and children.

Liang called these developments “a step forward” for women. “We can now refer to the law when we do advocacy work,” she said. “But I am not sure how much room there is to advocate and hold the authorities accountable.”