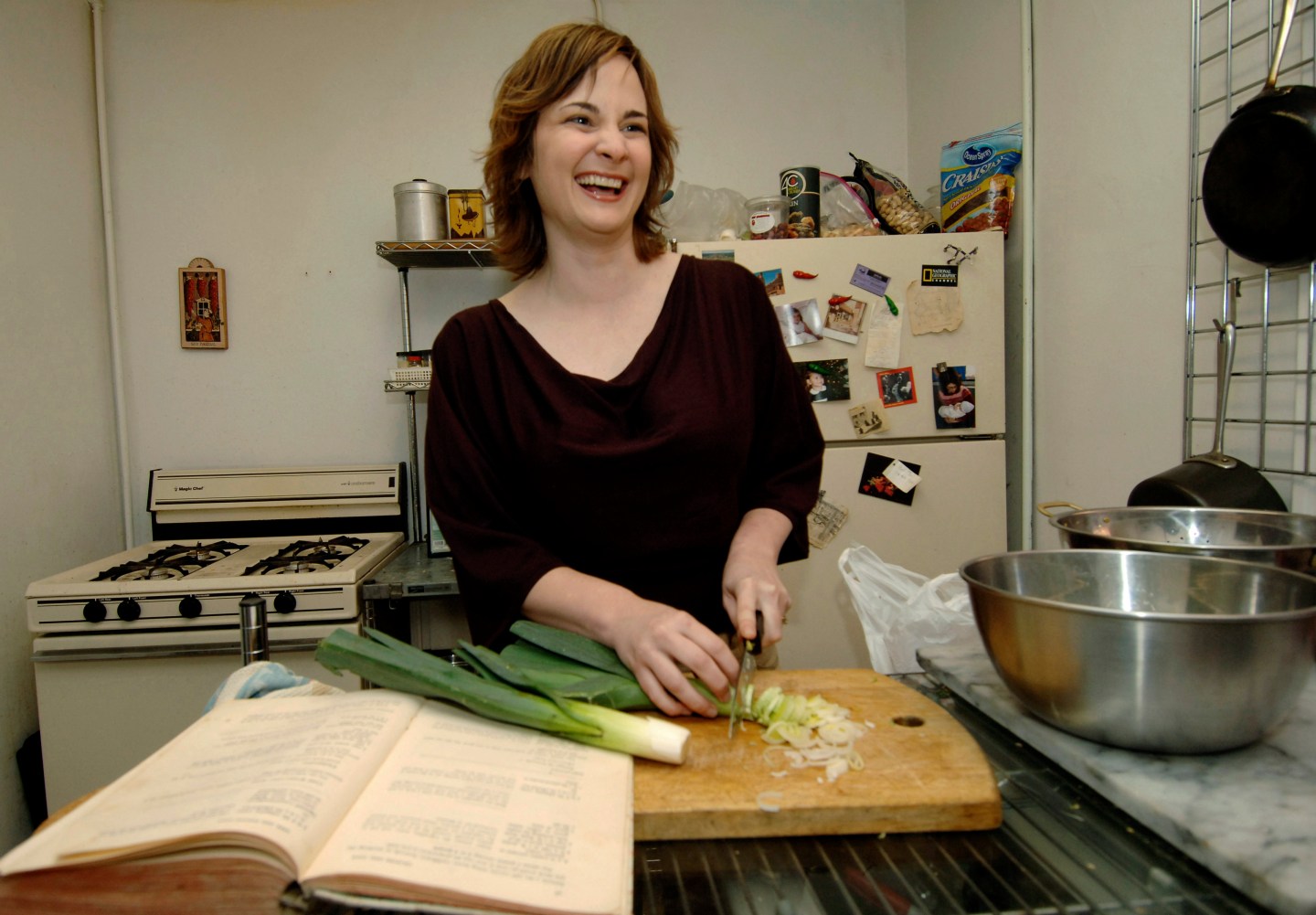 Food writer Julie Powell, who became an internet darling after blogging for a year about making every recipe in Julia Child’s “Mastering the Art of French Cooking,” leading to a book deal and a film adaptation, has died. She was 49.

Powell died of cardiac arrest Oct. 26 at her home in upstate New York, The New York Times reported. Her death was confirmed by Judy Clain, Powell’s email and editor in chief of Little, Brown.

“She was a brilliant writer and a daring, original person and she will not be forgotten,” Clain said in a statement. ”We are sending our deepest condolences to all who knew and loved Julie, whether personally or through the deep connections she forged with readers of her memoirs.”

Her sophomore and last effort — titled “Cleaving: A Story of Marriage, Meat and Obsession” — was a bit jarring in its honesty. Powell revealed she had an affair, the pain of loving two men at once, of her fondness for sadomasochism and even a bout of self-punishing sex with a stranger.

“People coming from the movie ‘Julie & Julia’ and picking up ‘Cleaving’ are going to be in for some emotional whiplash,” she told The Associated Press in 2009. “I don’t believe it’s going to be a Nora Ephron movie.”

Powell began her affair in 2004 as she was putting the finishing touches on her first book, a time she writes when she was “starry-eyed and vaguely discontented and had too much time on my hands.”

By 2006, she had landed an apprenticeship at a butcher shop two hours north of New York City, which offered an escape from her crumbling marriage and a place to explore her childhood curiosity with butchers.

“The way they held a knife in their hand was like an extension of themselves,” she said. “I’m a very clumsy person. I don’t play sports. That kind of physical skill is really foreign to me, and I’m really envious of that.”

The book explores the link between butchering and her own tortured romantic life. At one point, while cutting the connective tissue on a pig’s leg, she writes: “It’s sad, but a relief as well, to know that two things so closely bound together can separate with so little violence, leaving smooth surfaces instead of bloody shreds.”

Her book tapped into the growing interest in old school butchery and her experience slicing meat actually resulted in her eating less of it. She was an advocate for humanely raised and slaughtered animals.

She is survived by her husband, Eric.