Fed chair Powell faces one big question as he prepares to announce another big rate rise: Is it time to slow down? 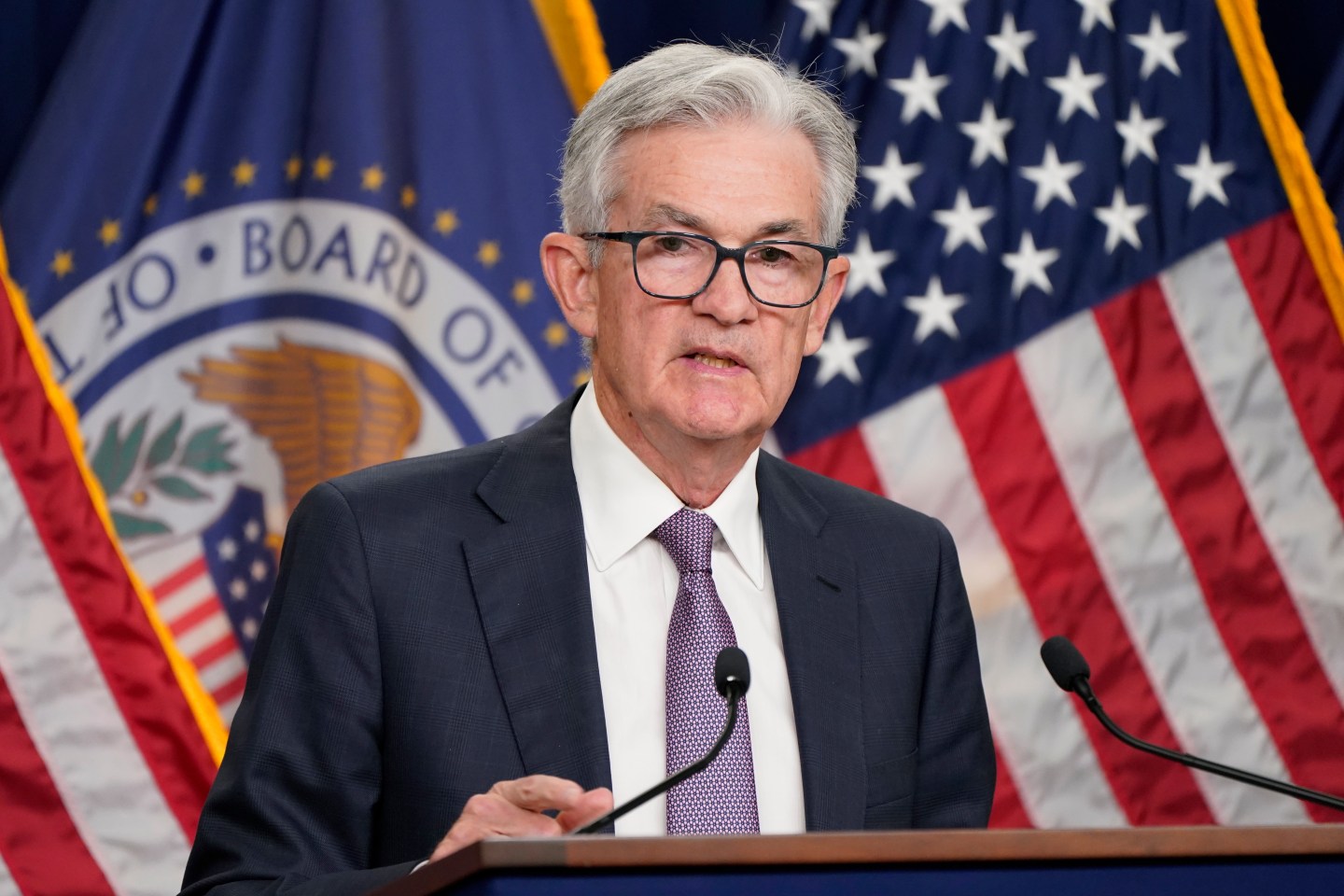 Federal Reserve Chair Jerome Powell speaks at a news conference on Sept. 21, 2022, at the Federal Reserve Board Building, in Washington.
Jacquelyn Martin—AP

Looming over the Federal Reserve meeting that ends Wednesday is a question of intense interest: Just how high will the Fed’s inflation-fighters raise interest rates — and might they slow their rate hikes as soon as next month?

The Fed on Wednesday is expected to announce a hefty three-quarter-point hike in its key short-term rate — its fourth straight — which will lead to still-higher loan rates for many businesses and consumers. What many Fed-watchers hope is that Chair Jerome Powell will hint at a news conference that the central bank may ease the pace of its hikes, perhaps to a half-point in December and two quarter-point hikes next year.

Even at that more moderate pace, the central bank’s benchmark rate would reach 4.75% to 5%, which would be its highest range since 2007, up from the current 3% to 3.25%. Fed officials have stressed that they need to sharply raise rates to tame inflation, which reached 8.2% in September from 12 months earlier, barely below a 40-year high. Chronic inflation has also become a central point of attack for Republicans against Democrats in the midterm congressional elections.

So far this year, the Fed has raised its key rate five times in an aggressive pace that has sent borrowing rates surging across the economy and heightened the risk of a recession. The home market, in particular, has been badly bruised as a consequence. The average rate on a 30-year fixed mortgage, just 3.14% a year ago, surpassed 7% last week, mortgage buyer Freddie Mac reported. Sales of existing homes have dropped for eight straight months.

One reason the Fed’s policymakers might feel they can soon slow the pace of their rate hikes is that some early signs suggest that inflation could start declining in 2023. Consumer spending, squeezed by high prices and costlier loans, is barely growing. Supply chain snarls are easing, which means fewer shortages of goods and parts. Wage growth is plateauing, which, if followed by declines, would reduce inflationary pressures.

Still, the job market remains consistently strong, which could make it harder for the Fed to cool the economy and curb inflation. On Tuesday, the government reported that companies posted more job openings in September than in August. There are now 1.9 available jobs for each unemployed worker, an unusually large supply.

A ratio that high means that employers will likely continue to raise pay to attract and keep workers. Those higher labor costs are often passed on to customers in the form of higher prices, thereby fueling more inflation.

If Powell does signal Wednesday that the Fed may lift its foot slightly off the economic brakes, it could spark a rally in stock and bond prices. Such higher asset prices, though, might then fuel more spending just when the Fed wants to cool things down to throttle inflation.

To offset any potential burst of optimism, the Fed may signal at its next meeting in December that it expects to add at least another rate hike early next year. That would serve to make borrowing even more expensive and would further heighten the risk of a recession.

Ultimately, economists at Goldman Sachs expect the Fed’s policymakers to raise their key rate to nearly 5% by March. That is above what the Fed itself had projected in its previous set of forecasts in September.

For now, many Fed officials have said they see few signs that inflation is easing in any sustainable way. They point, in particular, to so-called core inflation, which excludes volatile food and energy costs and is considered a good reflection of underlying price pressures.

“We need to see actual progress in core inflation and services inflation,” Neel Kashkari, president of the Federal Reserve Bank of Minneapolis, said recently. “And we are not seeing it yet.”