Fortune Recommends™ is editorially independent. We may earn affiliate revenue from links in this content.
Banking ·Explainer

What is the federal funds rate? Understanding the Fed’s tool to beat inflation 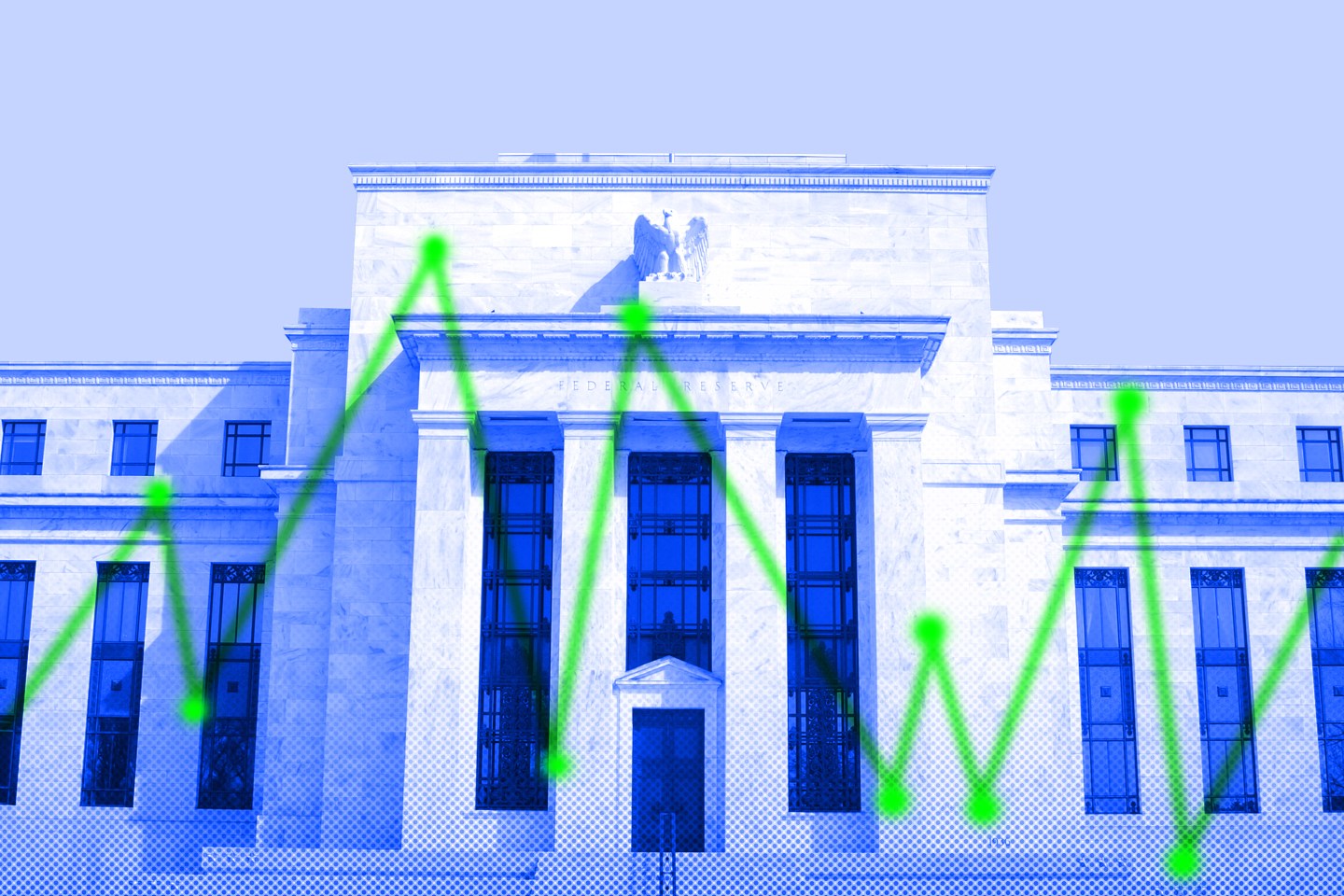 The federal funds rate is an interest rate the Federal Reserve can use to counteract inflation or an economic slowdown like a recession.
Photo illustration by Fortune; Original photo by Getty Images

When inflation is running high or when the economy is experiencing a major slowdown, one of the primary ways the Fed works to get things back in order is through the federal funds rate.

The Fed meets eight times per year, and during those meetings, it makes a decision about whether to adjust the federal funds rate or to leave it alone. In 2022 alone, the Fed has increased interest rates seven times, with more increases likely on the way in 2023.

“The Federal Reserve sets a target rate for the federal funds rate, and uses its own operations to keep the rate within that range,” says Robert Goldberg, clinical associate professor of finance and economics at Adelphi University in New York.

What is the federal funds rate?

The federal funds rate is an interest rate that banks charge other banks when they lend one another money, usually overnight or for a few days. It’s set by the Federal Open Market Committee (FOMC). Certain regulations require banks to keep a certain percentage of their customers’ money on reserve, and banks will lend money back and forth to maintain the right level.

While the federal funds rate doesn’t directly impact consumers, it does eventually trickle down to consumers by influencing interest rates on consumer products like credit cards, mortgages, home equity loans, and student loans, as well as yields on savings products like high-yield savings accounts, certificate of deposits (CD), and more.

“The Federal Reserve is increasing the federal funds rate, knowing this will lead to an increase in all other interest rates, with the intent of slowing down the economy, as borrowers for housing, cars, and industry pull back on their activities,” says Goldberg.

Here’s a look at how rates have changed this year:

How is the federal funds rate determined?

The FOMC evaluates various key economic indicators when deciding whether to raise or lower rates. One key signal is the inflation rate. According to the Fed, a 2% inflation rate is the sweet spot for maximum employment and price stability. When inflation is running high, the Fed will increase rates to increase the cost of borrowing and slow down the economy. When it’s too low, they’ll lower rates to stimulate the economy and get things moving again.

How does the federal funds rate directly impact consumers?

When the Fed makes changes to the federal funds rate, you’ll likely see some of the effects of this on your everyday life and finances.

1. The cost of borrowing will change. A lower federal funds rate will typically lower the cost of borrowing money. Consumers may be more likely to borrow money for larger purchases or to fund a small business which can help stimulate the economy. The downside: It can also lead to overborrowing and inflation, which reduces your money’s purchasing power.

When rates are increased in an effort to curb inflation, the cost of borrowing follows. This makes consumers more likely to delay major purchases to avoid paying steep interest rates and reduces the amount of money that’s circulating in the economy which increases your money’s purchasing power.

2. Interest rates on different consumer products may fluctuate. When rates increase, consumers are likely to pull back on borrowing and supercharge their savings—and banks and credit unions take note of this. Savers may earn a higher rate on deposit accounts.

3. You could see stock market swings: You might also notice changes in the stock market when rates go up. When borrowing costs increase, this can also lead to higher costs for companies, which can potentially hurt their future growth and overall revenue. Investors may respond by rapidly selling their assets to avoid the potential negative impacts that higher rates may have on their investments.

“The idea is that when the Fed is raising interest rates, they are trying to take some of the juice out of the economy and slow the economy down,” says Luke Tilley, chief economist at Wilmington Trust. “Most investors will expect stocks not to do as well, and stocks will usually go down.”

On the contrary, when rates fall, future projected earnings increase.

4. Higher rates may lead to a greater unemployment rate, and vice versa. Slowing down the economy by raising rates may be one way to curb inflation, but it can also impact the unemployment rate. When companies are unable to borrow and expand, that also applies to their headcount, which could lead to a decrease in hiring.

The Fed has a lot of power to influence your personal finances. Still, no matter what it decides, it’s important to keep tabs on the interest rates being offered to you on various lending and deposit products. Shop around and compare offers to ensure that whether rates are up or down, you’re securing the best rate for yourself.