Airbus is giving almost all of its employees, including senior managers, a $1,490 cash bonus to deal with rising inflation 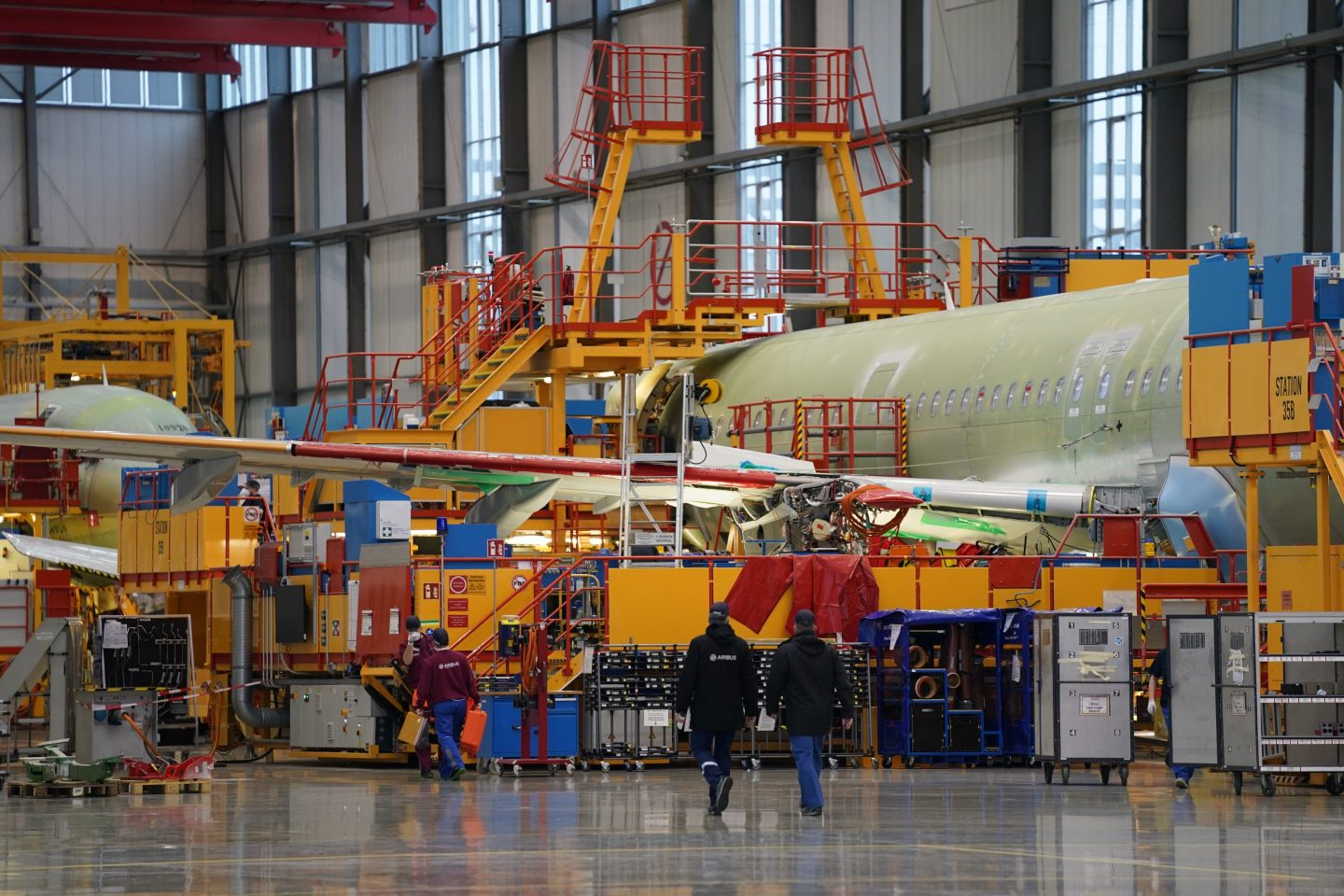 A number of companies have given their employees a one-off payment this year in hopes of softening the blow of skyrocketing inflation.

European airplane maker Airbus plans to give its employees a €1,500 bonus ($1,494) by the end of this year, according to French newspaper Le Figaro and French news agency Agence France-Presse. The bonus will go to nearly all of the company’s 126,000 employees, including senior management, in Germany, France, Spain, and the United Kingdom. Employees based elsewhere will also receive a bonus, but it will be based on the local average base salaries of those workers.

“The volatility, uncertainty, complexity, ambiguity that characterizes our environment have been further reinforced in recent months by the energy crisis and inflation,” Airbus said in a memo obtained by the French news outlets.

U.K. inflation rose 10.1% in September from the previous year. Germany’s rose 10% in the same period, and the overall eurozone’s annual inflation rate was 9.9%—driven mostly by surging energy costs. After invading Ukraine, Russia was hit with sanctions by Western nations. It responded by cutting its supply of natural gas to Europe, sending the continent spiraling into an energy crisis.

Europe’s ongoing economic troubles don’t seem like they’ll go away anytime soon. Inflation remains stubbornly high, and central banks are working to lower it by raising interest rates, all the while the war in Ukraine continues.

“The company believes that this solution is the most appropriate to support employees in the short term as they cope with the current inflationary environment,” an Airbus spokesperson told Insider.

Despite the potential financial hit companies take by awarding one-time employee bonuses, it’s something several European businesses—especially banks and financial services institutions—have said they would do.