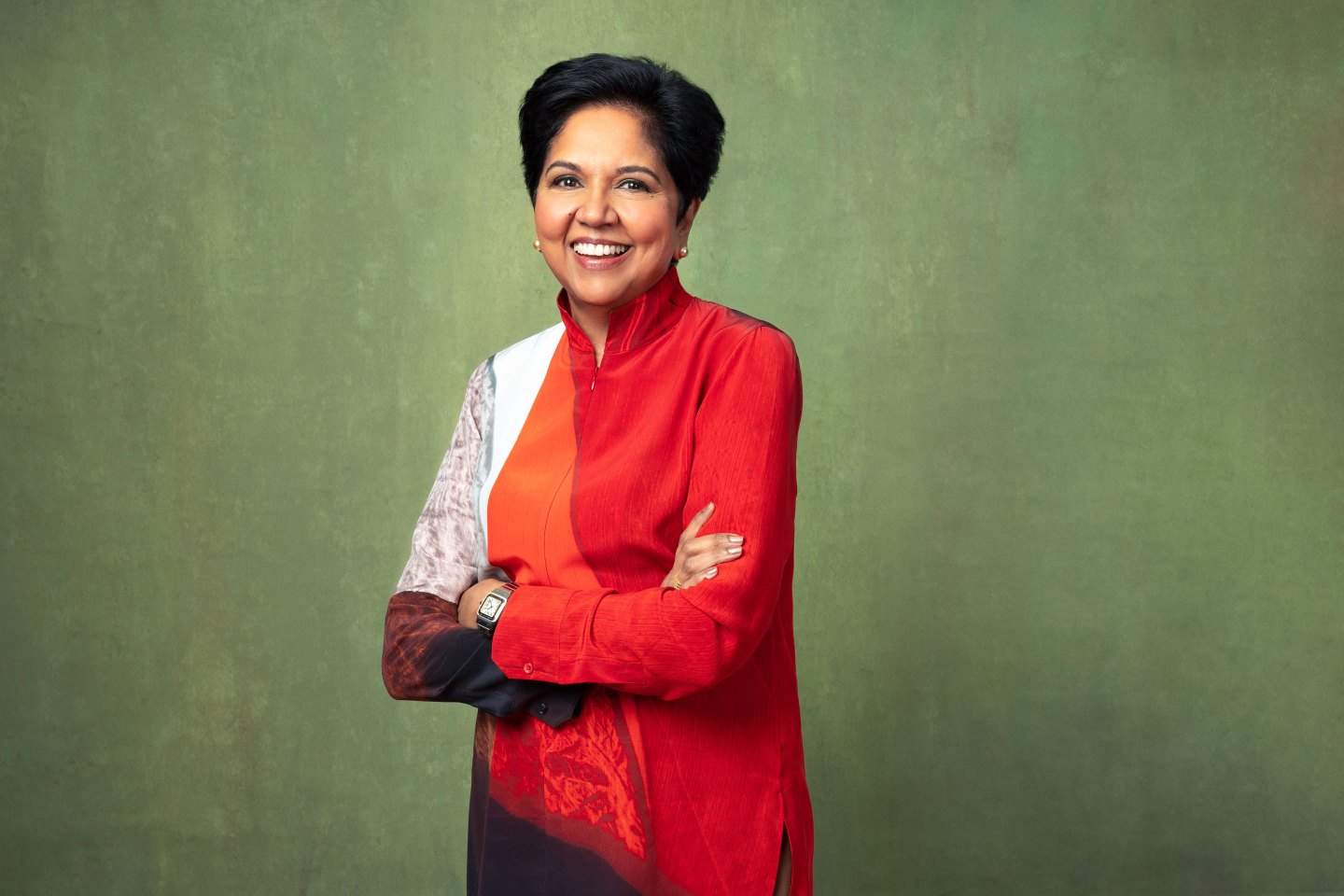 Best in business Former PepsiCo CEO Indra Nooyi became a business icon in her roughly 12 years leading the global behemoth. As one of the very few women of color to run a Fortune 500 company, Nooyi has offered her advice to others over the years who aim to rise through the ranks of corporate America.

She’s shared that wisdom in multiple books and, last month, debuted a series of lessons on the platform MasterClass. In her new class, Nooyi shares some of her most basic tips—like identifying your core competencies—and more advanced guidance, like pinpointing the mega-trends that will shape an industry for a decade or more.

I spoke to Nooyi by Zoom about her new class earlier this month. The former PepsiCo chair and CEO complimented me on drinking Diet Pepsi during our conversation—“very considerate,” she said. (I admit, I usually go for Diet Coke, but the store was out.) Nooyi, who held roles at PepsiCo ranging from SVP of strategic planning to CFO before her corner office appointment, was eager to share her advice with a broader group of professionals.

Below are some excerpts from our conversation about Nooyi’s new MasterClass series.

How to figure out your unique value

You have to have a unique proposition for a company. Who are you, and what are you offering that they can’t afford to lose? Originally, I didn’t know what my proposition was. But people told me what I could do very well was to take the most complex topic and simplify it. Difficult projects would land in my lap, and people would say, if I can’t solve it, the project must require rethinking.

It’s hard for someone to sit down and really play up what their skill is. But if you have a good manager, they can help you build on your skills and add to your repertoire. The performance appraisal process should help to crystallize your core skills.

How to make the most of a meeting

Be very clear about the objectives of the meeting. What are you trying to do going in? Are the right people in the room? Is it only those who need to be there and not all and sundry? If you see people withdrawing, draw them out—they must have a point of view. Ask people who haven’t spoken if their point of view has been addressed. Maybe someone will say something unexpected.

How to make great first impressions

How to get buy-in

Nooyi acknowledged that much of her advice comes from decades in corporate America that predate the rise of remote work and other changes that have profoundly transformed the American workplace. Still, she hopes her experience can guide others.

“Given my background and where I come from—crossing oceans as an immigrant, a person of color, a woman—ascending to lead this iconic company was a tough slog,” she said. “I’d love to see the most unusual, improbable people ascending to the top. Let’s give them the tools to move ahead.”

Truss day Liz Truss resigned as U.K. prime minister today after just 44 days on the job. She’s the shortest-serving PM in British history and, by some quirk of fate, the only prime minister to serve two monarchs since Winston Churchill. CNN

In the spotlight Fox News Media CEO Suzanne Scott has led the company since 2018, helping secure its position as the most-watched cable news network in the U.S. She’s now the central figure in a $1.6 billion lawsuit accusing Fox News of broadcasting misinformation on the 2020 election. New York Times

Thought leader Coinbase launched a think tank in May, with former SEC lawyer Hermine Wong at the helm. Noting that much regulation creation and public interaction at the SEC relies on academic research, Wong said the Coinbase Institute plans to be a source of rigorous crypto research. Protocol

Shocking study A new study analyzing over 7 million U.S. births between 2016 and 2017 found higher death rates for infants born to Black women using in vitro fertilization or other fertility treatments than for white women using the same treatments. The gaps even existed when adjusted for risk factors like age and health conditions. Though researchers cannot identify an apparent reason, they stress that the findings should not deter women from using such treatments. Fortune

Withdrawing approval The FDA recommended removing the preterm birth medication Makena from the market on Wednesday, citing studies that show the drug failed to prevent premature births. Makena has been on the market for over 11 years after being fast-tracked to approval. New York Times

Made for inclusion Model Yumi Nu is launching Blueki, a size-inclusive knitwear line inspired by Nu’s difficulty finding ethically made clothes in a broad size range. Her first six items will be made-to-order from a 3D knitwear factory in New York, with sizes ranging from XXS to 6X. Vogue

Childcare costs The average annual cost of childcare in the U.S. hit $10,600 per child in 2021, about 5% higher than in 2020. An interactive map from Fortune shows the states where childcare costs were the highest in 2021, with Massachusetts, Washington, New York, and California taking the top spots. Fortune

Menopause leave Bank of Ireland employees experiencing menopause will get up to 10 days of paid leave for their symptoms. The bank announced the new policy Wednesday, joining other European employers that want to prevent menopausal employees from leaving the workplace. Bloomberg

Where have all the men in Moscow gone? New York Times

“A very good friend at the time encouraged me to accept success in the same manner that [drama school] had prepared us to accept failure. To meditate on saying yes and on receiving what could potentially come my way.”

—Actor Lupita Nyong’o on embracing success in acting, instead of expecting failure as she was often advised as a graduate student at Yale’s School of Drama