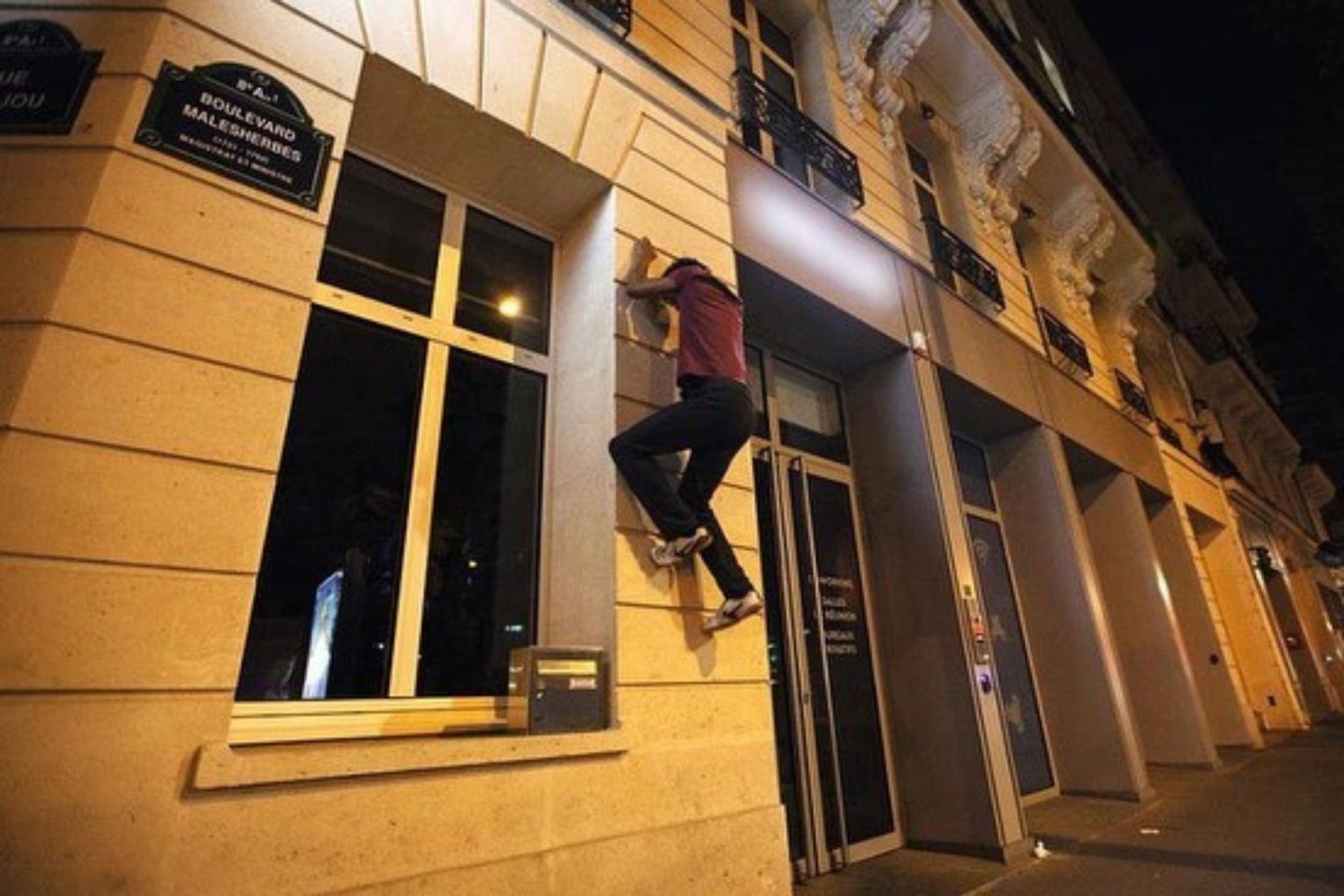 On the Spot Parkour is prompting shops to rethink keeping their lights on.
Instagram—@onthespotpk

As Europe finds itself in the grip of an energy crisis, a group of Parkour enthusiasts in Paris are taking matters into their own hands to save energy and reduce light pollution.

Members of On the Spot Parkour have taken to the capital city’s streets after dark, using their athletic skills to run, climb, and leap over obstacles to find the switches that turn off shop lights that have been left on overnight.

Members have posted videos to the group’s Instagram page showing them outside some of Paris’s most upscale neighborhoods and shopping streets, using “wall-runs” to target shops like Rolex, Louis Vuitton, and Longchamp.

Amid the energy crisis, these nonviolent vigilantes have been able to act without resistance. France has significantly increased its efforts to curb energy consumption since Putin’s war in Ukraine put imports in a chokehold.

The extravagant illumination of the Eiffel Tower came into question last month, with city hall proposing its lights only stay on until 11:45 p.m. instead of 1 a.m. as part of a plan to cut energy use by 10%. Meanwhile, it’s been the law in Paris for over a decade that shops turn their lights off between 1 a.m. and 6 a.m.—but most appear to ignore the rule.

Since what the group does only enforces what is already the law, local authorities appear happy to allow it to carry on.

Dan Lert, a Paris deputy mayor in charge of the environment, told the New York Times the group members are “right to take action,” adding, “it’s also thanks to them that we’ll put an end to these shocking habits.”

On the Spot isn’t alone in what it does; the trend goes back at least two years. It’s among several groups posting videos that have trended across social media, and it has said that it was initially inspired by a group from Rennes called Wizzy Gang, which claims it was the first to switch off store signs using parkour.

As a result of its efforts, the group said, it has noticed more shops turning off their lights at night. Some who have left their lights on claimed they had issues with their automatic lighting control systems, according to the New York Times report, while others did not respond.

Now, the government’s latest rules are helping to further fuel the lights-off movement. Across the rest of the country, not just in Paris, illuminated advertising signs must switch off between 1 a.m. and 6 a.m. Those who do not comply face a €1,500 ($1,480) fine.