What is your personal inflation rate? Here’s what it looks like in 23 major cities 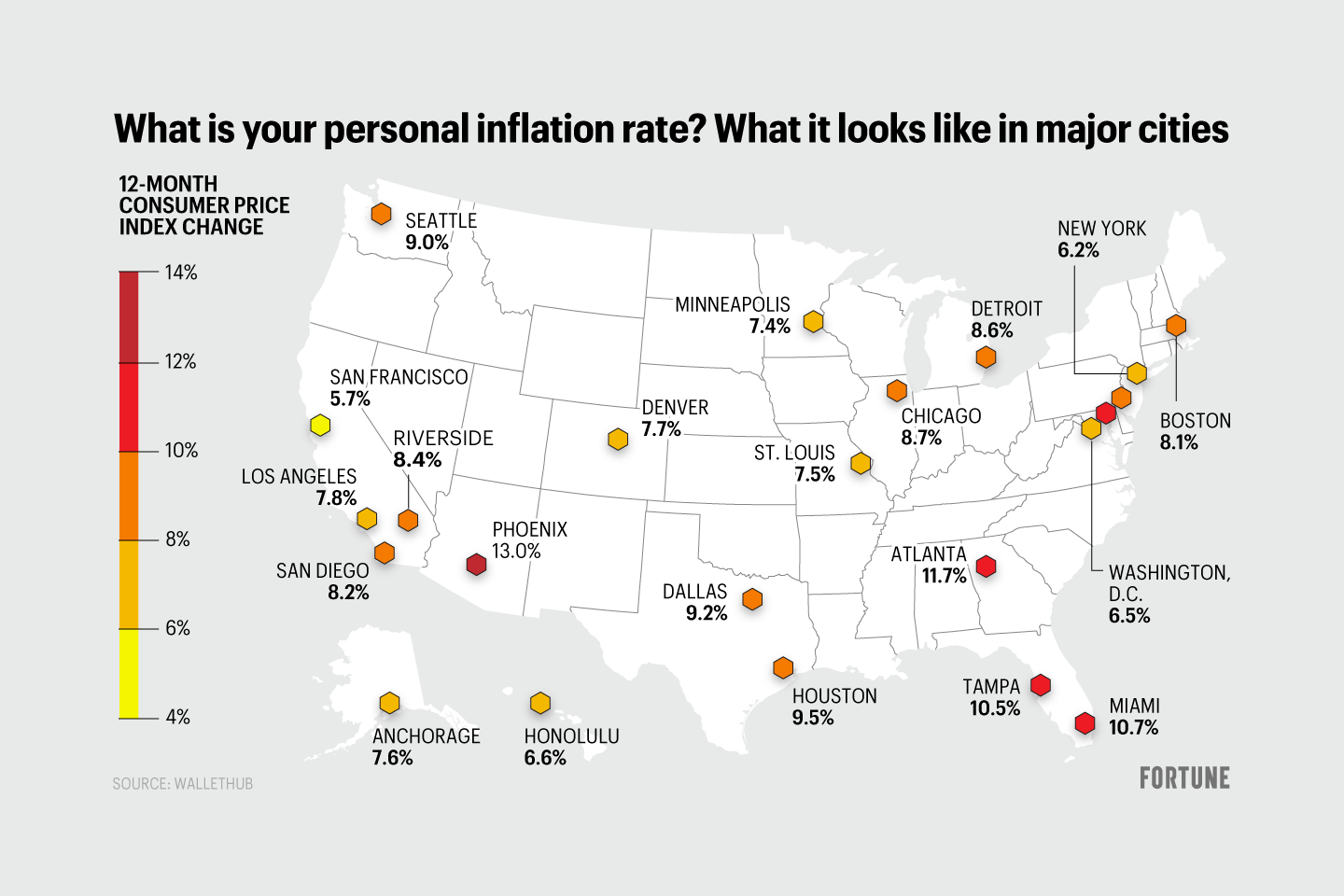 Soaring inflation for everything from groceries to travel has burned a hole in the pockets of Americans this year.

But this phenomenon isn’t felt equally across the country. Inflation in some cities is higher than others, according to a recent study by WalletHub, a personal finance platform.

For the survey, WalletHub looked at two key indicators for personal inflation, as published by the Bureau of Labor Statistics, in 23 metropolitan areas. It then took the weighted averages it found to rank the metro areas by their inflation rates.

WalletHub cautioned that some of the numbers used to calculate averages for a few metro areas were older than for others, meaning that the rankings may not reflect their current reality.

Phoenix-Mesa-Scottsdale topped the list, with inflation rising 13% in August, compared with a year ago. The Atlanta area wasn’t far behind, with an inflation rate of 11.7% in August versus the same month a year earlier.

The lone East Coast representative in the top five was Baltimore, with a 10.2% inflation rate.

All of the top five metro areas had a higher inflation rate than the national average, which was 8.2% in September.

Personal inflation, the measure used in the study, is the rate of price increase for households on things like rent and staple food expenses. The study also took into account other factors that affect personal expenditure, including transportation, education, and dining out.

The cities with the lowest inflation included some coastal business hubs. San Francisco’s metro area had the lowest rate of just 5.7% in August. New York–Newark–Jersey City’s inflation was 6.2% in September, while Washington D.C.’s was 6.5% for the same period.

National core inflation, which measures changes in the price of goods and services excluding food and energy, climbed 6.6% in September, compared with 4% a year ago. The cost of housing, grocery supplies, and utilities also shot up last month.

This year, the Federal Reserve has raised interest rates five times in an effort to tame skyrocketing inflation. In September, the core inflation rate of 6.6% marked a 40-year high. Given how little rising prices have slowed, another rate hike may be announced at the Fed’s November meeting.