No kids, no problem—millennials break from tradition and embrace being child-free 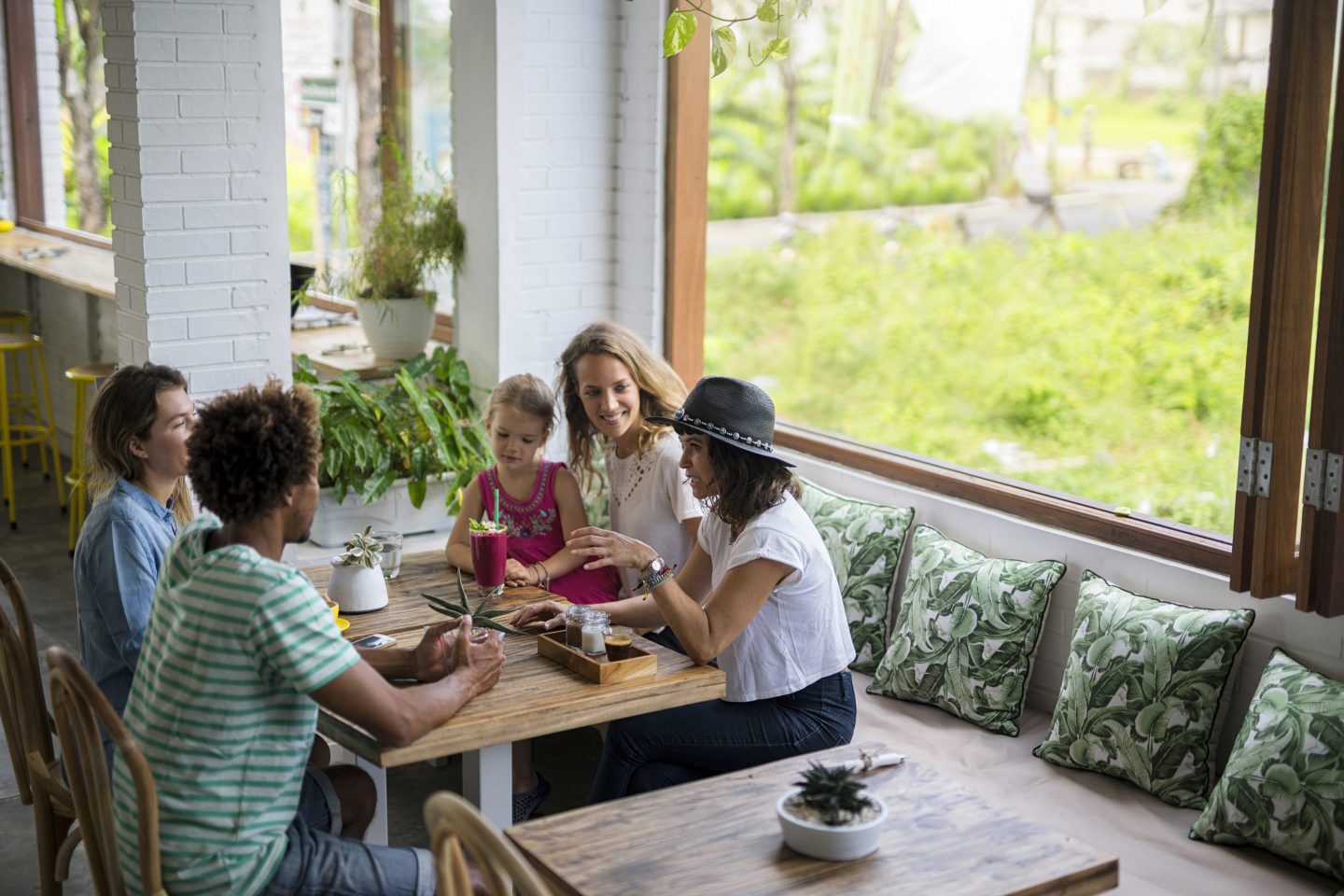 Americans without kids say their happiness now stems from their decision to remain child-free.
Westend61/Getty Images

In an age when a significant portion of Americans are living paycheck to paycheck, there’s still no federal paid parental or sick leave, and many women face professional and financial consequences for being mothers, it’s not entirely surprising that many younger people are forgoing kids.

A significant portion (44%) of nonparents ages 18 to 49 say it’s unlikely they’ll have children, according to a 2021 report by the Pew Research Center. That’s up by about 7 percentage points from the 37% who reported the same in 2018.

And the majority of these adults feel good about their decision: Nearly two-thirds of nonparents (65%) agree that the freedom that comes with not having kids brings them happiness, according to a survey of 1,950 U.S. adults conducted by the Harris Poll on behalf of Fortune in October. Among millennials without kids, 73% agree with that sentiment, according to the survey.

Across the board, Americans are having fewer kids—and that’s been a trend for over a decade now. During the early days of the pandemic in 2020, that was exacerbated with a short-lived “baby bust.” And while birth rates recovered and then some in a 2021 “baby bump,” there was still a net loss of 11,000 “missing conceptions” in 2020 and 2021, according to research from Melissa Kearney, a professor of economics at the University of Maryland.

That comes as birth rates have consistently fallen since the onset of the Great Recession in 2008. The only group of women to see an uptick is those over the age of 30, but they still only make up a small percentage of overall births in the U.S.

Yet while most nonparents are content, those who do opt to have kids are slightly happier with their lives overall (82% of parents compared with 77% of nonparents). And there’s still a social stigma around the decision to remain childless. The majority of those surveyed by Fortune (65%) say they feel societal pressure to get married and have kids, and 76% believe society expects parenthood to bring people happiness and a sense of fulfillment.

“There are a lot of assumptions about the child-free choice,” says Zoë Noble, founder of We are Childfree in an email. “We’re labeled as selfish, hedonists with tons of disposable income, lonely, unfulfilled, weird, abnormal, not a complete woman, and men-haters—children-haters!—who are anti-religious and anti-natal (that is, we think that no one should be giving birth).”

Women deal with these stereotypes more often than men, as well as face more pressure to have children. When asked by Fortune if they agree that there’s societal pressure to get married and have children, women were slightly more likely than men to agree (67% versus 64%).

The majority of people who are child-free by choice made the decision because they simply don’t want children, Noble says, whereas most parents simply do want them. But when asked to justify the choice, financial health is near the top of the list, Noble adds. “[It’s] a major, undeniable benefit of being child-free.”

There’s no argument that children are expensive. The cost of raising a child through high school is $310,605, according to a report released earlier this year. The average annual price of childcare alone was around $10,600 in 2021, according to the latest data available from Child Care Aware of America. That’s equivalent to about 10% of a married couple’s average annual income and roughly 35% of a single parent’s income.

Seven in 10 Americans without children agree that they are financially better off today than they would have been if they had kids, including 77% of millennials, according to the Fortune survey. For about 61% of millennials, one of the main reasons they cite for not having kids is that they simply can’t afford to. That’s the top reason among 44% of the overall U.S. population, by comparison.

Even the majority of parents with kids under the age of 18 (60%) acknowledge they will be financially better off once their kids are adults, according to the survey. Nearly as many (56%) admit that their finances are worse off because they had kids.

But many times, the reasons for choosing to be child-free go beyond just finances. More than half (57%) of nonparent millennials say there’s a lot they want to do in life, and they don’t want to make sacrifices in order to raise kids. “People who choose to be child-free are doing so consciously, with a full appreciation of the benefits, and freedom is a big one of those,” Noble says.

“It’s only in the last few years that we’ve been able to talk about our choice at all—or, on the other hand, the realities of being a parent. We live in a pro-natalist society that teaches us all that the only way to live, the only path to fulfillment, is to have children,” Noble says. “We’re led to believe that parenthood is such a universal and unassailably positive experience that we don’t even need to talk about it, even think about it, or acknowledge any alternatives.”

Being child-free can expand horizons, especially for women. Research shows that mothers typically earn less and miss out on promotions. And then there are the many outsize expectations put on women—to be a wife, mother, entrepreneur, and to be perfect at all of it—that’s leading many young people to say, “No thanks.” Noble says.

“For the few women in the boardroom, ‘doing it all’ might be possible. For the rest of us, motherhood takes work—most of it unpaid—and real sacrifice,” says Noble. “And one of the only things more taboo than talking about being child-free is talking about what motherhood is really like, for the majority of people.”