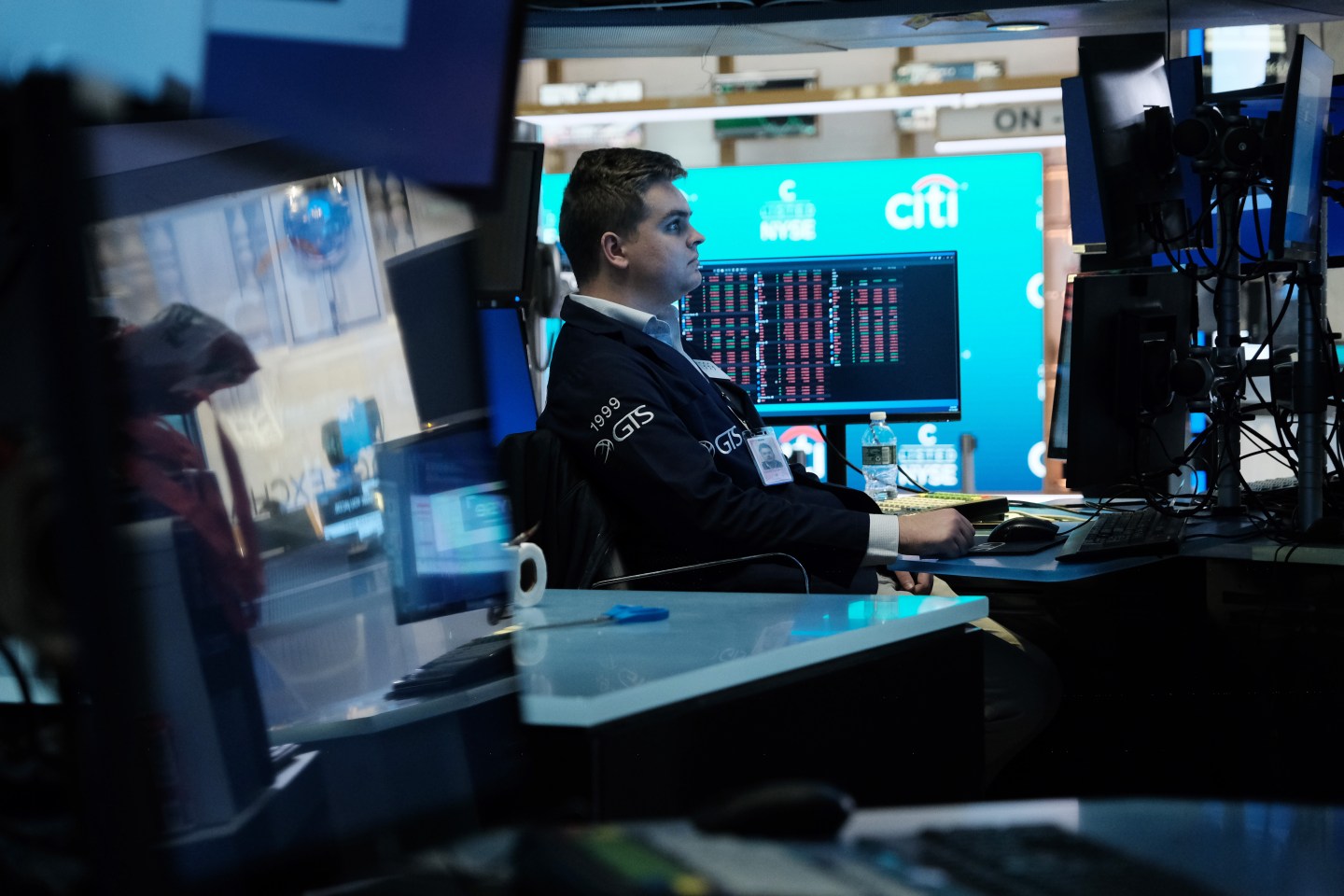 U.S. stocks and bonds will lead the way out of the current wave of market turmoil, according to respondents in the latest MLIV Pulse survey.
Spencer Platt—Getty Images

Investors are looking beyond a looming global recession and they see one country – and its financial markets – emerging strongest on the other side.

U.S. stocks and bonds will lead the way out of the current wave of market turmoil, according to respondents in the latest MLIV Pulse survey. Meanwhile they reckon it’s close to an even bet as to whether the U.K. economy or the euro area will fall into a slump first.

About 47% of the 452 respondents expect the U.K. to win that unwelcome prize, perhaps reflecting greater financial stability risks in that country, compared with 45% who said Europe. Only 7% saw the U.S. becoming the first economy to crack. And both an American rebound and a prolonged European downturn will pose different sets of risks for wealth and income inequality.

The trans-Atlantic gap reflects the war in Ukraine and energy crunch adding long-run economic pressures across Europe that are less prevalent in the U.S. Even so, investors indicated that the Federal Reserve is just about as likely as the European Central Bank or the Bank of England to stop its cycle of interest-rate hikes first.

What’s more, the survey also indicates that any downturn may end up being a long slog for Europe and the U.K. – while an overwhelming majority of investors, a full 69%, say the U.S. will weather the storm best and emerge as the relative winner among major economies from this year’s serial crises.

The survey highlights the clear implications for asset allocation. Some 86% of investors expect U.S. markets to recover first, with respondents slightly favoring stocks over bonds.

That result suggests the longstanding premium for U.S. stocks will remain in place — and that as peak hawkishness becomes apparent, investors are prepared to return to US Treasury markets in droves.

There are at least three potential reasons that could explain why so many investors see the US as likely to halt rate hikes first – allowing the economy and asset markets to recover – even though recession risks are much more severe elsewhere.

The first is global financial stability concerns. Given the dollar’s status as the world’s major reserve currency, the U.S. may be loath to continue rate hikes in the face of rising global turmoil, even if its main locus is outside of the U.S..

A second idea to consider is that the Fed started aggressive jumbo rate hikes first, suggesting its job may be done first as well. That’s supported by the survey data, as a majority of investors see the US as most likely to quell inflation.

And a third important reason to believe the Fed may stop first is simply because it has said so. The U.S. central bank has telegraphed its desire to front-load rate hikes so that it can hold for a considerable period, at a restrictive level, beginning early next year. Neither the Bank of England nor the ECB have been so explicit in their forward guidance.

The survey found some interesting splits between retail and professional investors. For example, U.S. stocks were more favored by retail than U.S. bonds, suggesting a buy-the-dip mentality has not been permanently broken by the recent bear market in equities. Retail investors were also more likely to tip the UK as going into recession first.

One caveat to think about: inequality. The (unspoken) downside risk for the U.S. if the survey’s outcomes come to pass could be a widening of income and wealth gaps.

The Fed’s rate hikes have hit interest-rate sensitive sectors like housing the hardest. Some potential first-time homeowners have already been forced to give up on building wealth via buying, and rent instead.

And the central bank’s explicit goal is to cool the economy via a softening of the labor market. If that happens, while U.S. financial markets are first to recover, it could magnify wealth differences. Rebounding financial assets – owned disproportionately by wealthier households – would be juxtaposed with stagnating labor income from wages, and renters trapped by rising rates.

Europe and the U.K. are unlikely to escape increasing inequality. While almost everyone’s wealth goes down in a slump, the least wealthy tend to lose the most. And inflationary recessions are the worst of both worlds, because inflation is a de-facto regressive tax – hitting the poorest who spend the greatest proportion of their disposable income.

Survey respondents are much more pessimistic that the U.K. and euro area can get the cost of living under control, with only 11% and 16% respectively expecting the BOE or the ECB to succeed in quelling inflation in 2023, versus 65% in the US.

In the U.K., the so-called squeezed middle may be in for a particularly torrid time, if the 73% of survey respondents who believe the country will face a housing crash next year are correct. Housing is a powerful driver of wealth effects, and falling home prices tend to impede any trickle-down into the rest of the economy. The upshot could be worsening inequality even as the middle-income group sees a fall in asset prices.

In the end though, the survey brings to mind Warren Buffett’s dictum: “I will tell you how to become rich. Close the doors. Be fearful when others are greedy. Be greedy when others are fearful.’’

For those seeking to benefit from U.S. economic and asset-market outperformance, the time to do so is not after the coast is clear and the path is obvious. It is when peak hawkishness and fear pervades.

So one reading of the overall survey results is this: At some point – much sooner than in the U.K. or Europe – buying the dip in the U.S. will make sense, even if that time is not quite now.