Retail sales were flat in September, reflecting a ‘shopper that is becoming more discerning and cautious’ 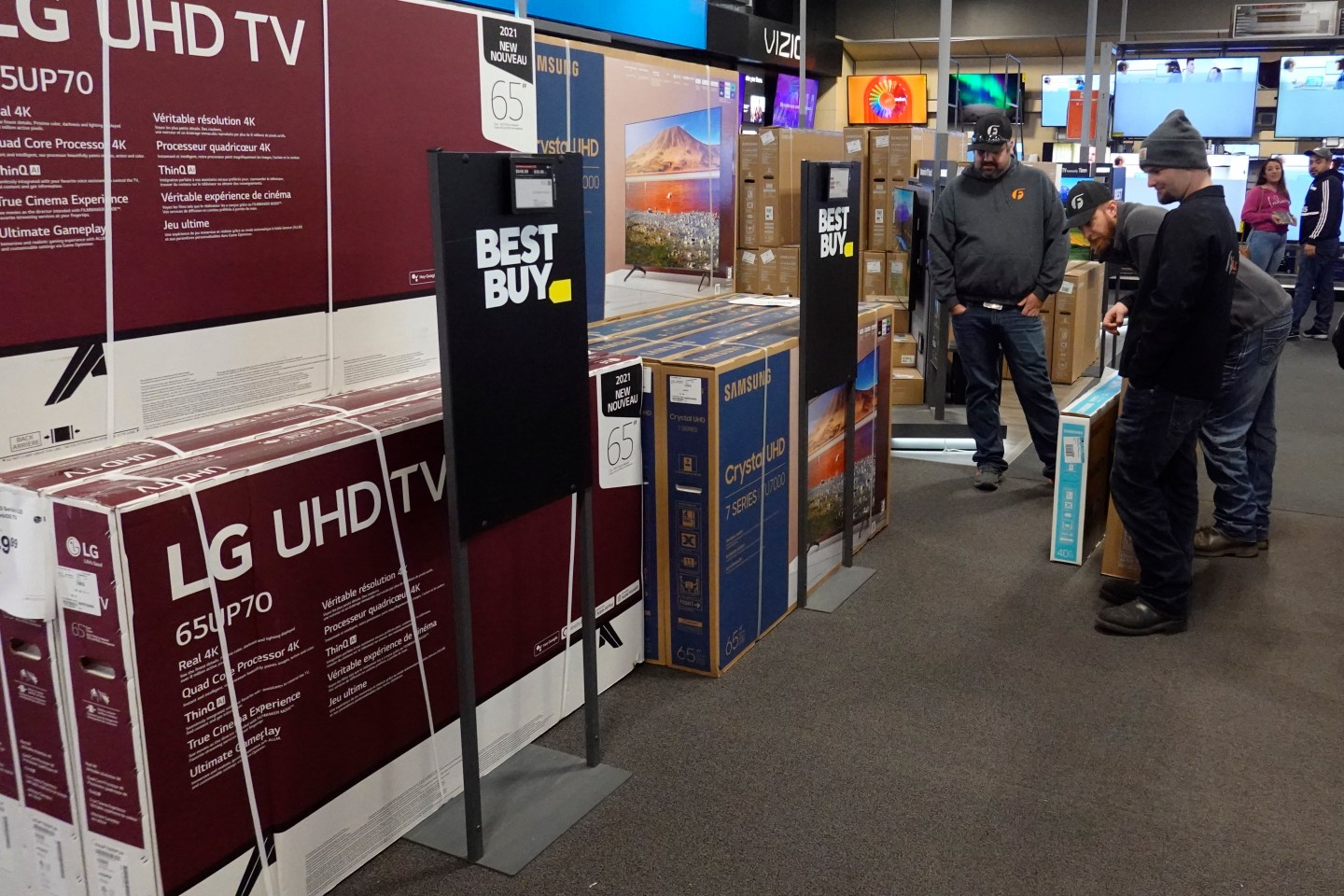 NEW YORK (AP) — The pace of sales at U.S. retailers was unchanged in September from August as rising prices for rent and food chipped away at money available for other things.

Retail sales were flat last month, down from a revised. 0.4% growth in August, the Commerce Department reported Friday. Retail sales fell 0.4% in July.

While the report showed the resilience of the American consumer, the figures are not adjusted for inflation unlike many other government reports. In fact, sales at grocery stores rose 0.4%, helped by rising prices in food.

Evidence that the Fed’s fight to cool the economy may be taking hold can also be seen, particularly with big-ticket items. Sales at auto dealers fell 0.4% last month, and shoppers continued to pull back on appliances, electronics and furniture, all categories that did well during the early part of the pandemic. Business at consumer electronics and appliance stores fell 0.8%.

Neil Saunders, managing director of GlobalData Retail said the report was “representative of an economy that is tightening and of a shopper that is becoming more discerning and cautious about what they buy.”

Consumer spending accounts for nearly 70% of U.S. economic activity and Americans have remained mostly resilient even with inflation near four-decade highs. Yet surging prices for everything from mortgages to rent have upped the anxiety level. Overall spending has slowed and shifted increasingly toward necessities like food, while spending on electronics, furniture, new clothes and other non-necessities has faded.

“Even if people are employed and on paper look reasonably comfortable they are not feeling comfortable, and they are very concerned about what’s to come next,” said Joel Rampoldt, a managing director in the retail practice at AlixPartners.

Inflation in the United States accelerated in September, with the cost of housing and other necessities putting more pressure on households, eliminating pay gains and almost guaranteeing that the Federal Reserve will keep raising interest rates aggressively.

Consumer prices, excluding volatile food and energy costs, jumped 6.6% in September from a year ago — the fastest such pace in four decades. And on a month-to-month basis, core prices surged 0.6% for a second straight time, defying expectations for a slowdown and signaling that the Fed’s multiple rate hikes have yet to ease inflation pressures. Core prices typically provide a better picture of underlying price trends.

Overall prices rose 8.2% in September compared with a year earlier, down slightly from August, the government said Thursday in its monthly inflation report.

It is a crucial period for retailers as they prepare for the holiday shopping season, which accounts on average for 20% of the industry’s annual sales. Inflation is already changing shopper habits, causing them to trade down to cheaper stores like Walmart and dollar stores and within aisles, switching to cheaper brands.

Walmart and Target are among others that are pushing deals earlier while others are offering new financing for customers.

Conn’s HomePlus, a Texas furniture and mattress chain that caters to households at the lower end of the economic scale, launched a new layaway program that caters to the 20% to 25% of the chain’s applicants not eligible to qualify for other financing.

“(Shoppers’) ability to spend on discretionary is more limited than it was before, ” said CEO Chandra Holt. Sales on things like deluxe coffee makers other consumer electronics have faded, she said. .

A slew of holiday forecasts from various research and consulting firms point to a sales slowdown from last year, but adjusted for inflation, retailers could actually see a decline. AlixPartners predicts holiday sales to be up anywhere from 4% to 7% from last year, which was up 16%, according to its calculations. The National Retail Federation, the nation’s largest retail trade group, hasn’t released its holiday forecast.

Janet Barnes, a 42-year-old College Park, Maryland resident, says she’s trading down and going to cheaper stores for groceries as prices spike. Instead of Wegmans or Whole Foods, she now heads to the discount chain Lidl and said she saves about 40% in groceries. Thrift stores have replaced Nordstrom, she said.

“We are creatures of habit, said Barnes. “But it is not a bad deal to see what else is going on — and test something else.”