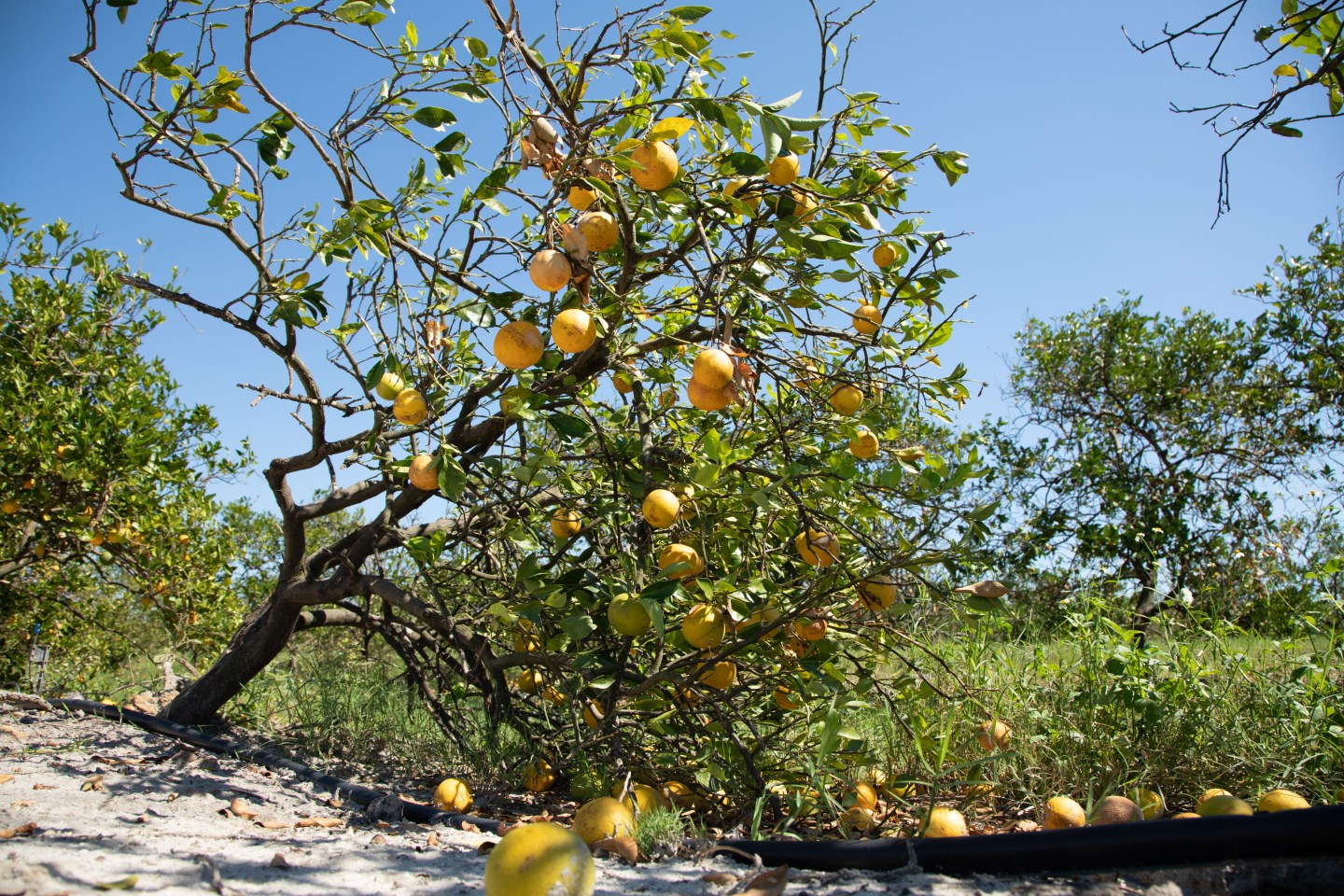 Florida is set to have the smallest orange crop in almost eight decades even before factoring in the full impacts of Hurricane Ian’s devastation on the state’s citrus groves.

The state will produce 28 million boxes for the current season, down 32% from the prior year, the US Department of Agriculture said Wednesday in a report. That’s the lowest harvest since 1943. A box weighs 90 pounds or 41 kilograms.

“The drop is huge” and is likely to accelerate the trend toward more foreign supplies of juice, said Jack Scoville, vice president for Price Futures Group in Chicago. “I doubt we will see a big recovery. The money isn’t there for growers.”

Orange juice futures surged as much as 4.9% to $1.997 a pound on ICE Futures US, approaching its highest levels since 2016. The price is up about 55% in the last 12 months. Tight supplies in Brazil, the top orange grower, and higher industry costs have contributed to the rally.

The slide represents the fourth straight decline for the Sunshine State, which has been eclipsed by California as the biggest US orange grower. The slump will almost certainly be exacerbated by Ian, which carved a destructive path through orange groves in the latest blow to Florida’s $6.7 billion citrus industry. The storm’s devastation add uncertainty to the US production outlook and threaten to lift imports and prices as consumers struggle with the worst inflation in four decades.

“Juice prices should go to the moon, but I doubt it will happen because consumers would probably take pills for vitamin C rather than paying more,” Scoville said.

Florida’s grapefruit production is also forecast to tumble by 40% from a year ago, according to the USDA.

The survey work for the USDA’s Florida citrus forecast was done before Ian made landfall and the latest forecast doesn’t reflect any potential impacts from the hurricane, according to the report. The next forecast will be released Dec. 9.

The state’s citrus acreage has been in a downward trend for almost two decades, largely due to the damaging citrus greening disease that has decimated groves as well as urban sprawl and hurricane damage.

Climate change has been wreaking havoc on the world’s citrus crops, with severe drought in top grower Brazil and California last season helping crimp global supplies. Plunging US production is widely expected to boost imports from other nations including Mexico, which were already on the rise prior to Ian.