‘Now is not the time to stay neutral’: Planned Parenthood CEO challenges execs to take action 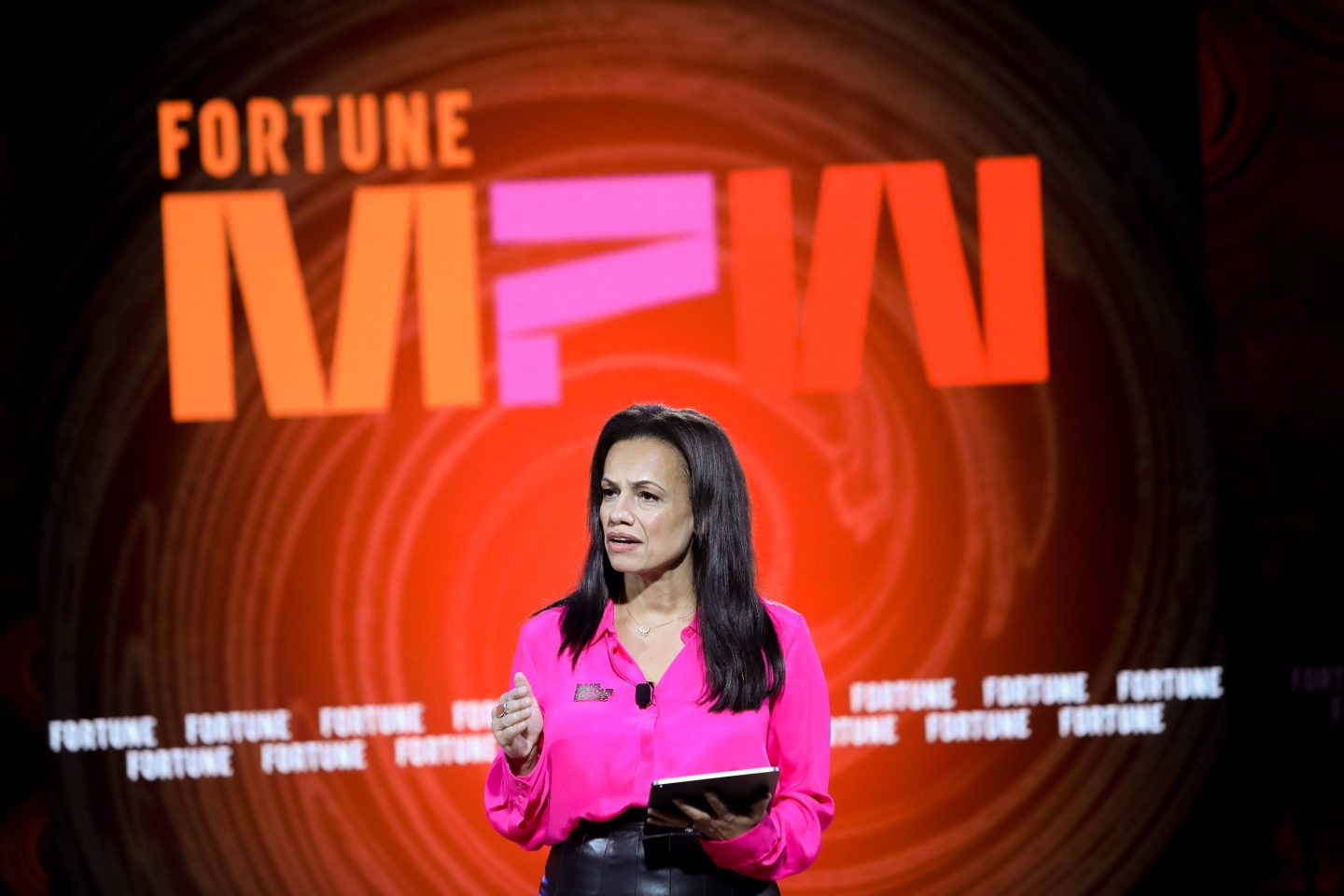 Alexis McGill Johnson, president and CEO of Planned Parenthood Federation of America, challenged women leaders to get off the sidelines when it comes to the discussion around reproductive rights.
Kristy Walker for Fortune

It’s estimated that residents in at least 26 states likely will lose access to abortions within the year.

The rollback of Roe v. Wade triggered state laws, and it also has thrown into doubt the legal status of abortions federally—one federal lawmaker already has proposed a national ban—as well as raised questions about other aspects of reproductive health care such as birth control, Plan B, and in vitro fertilization (IVF).

At this juncture, Alexis McGill Johnson, president and CEO of the Planned Parenthood Federation of America, says it’s no longer an option for executives to sit silently on the sidelines—particularly female managers and leaders.

“Now is not the time to stay neutral,” McGill Johnson challenged attendees at Fortune’s 2022 Most Powerful Women Summit on Tuesday. “It’s time to get off the fence and make sure that we’re using our power.”

So what can corporate leaders do? McGill Johnson said one of the more obvious things to do right now is to look and act on data—and live your values. “Many of you have been talking about gender equity for decades,” she said. “That has been a part of what you have brought in your leadership throughout. But we can’t talk about gender equity without talking about accessing health care.

“We know that our very ability to stand in this room, for many of us, is dependent on our access to sexual reproductive health care,” McGill Johnson added, noting that includes access to birth control and abortions. Birth control alone, she said, is responsible for up to a third of female wage gains, while access to abortion has allowed many women to transition to higher-paying jobs.

“When women lose, the whole economy loses,” McGill Johnson said. Several studies have found that abortion restrictions lead to earning losses among women; one study found there was drop of up to 6.5% in average monthly salaries of women of childbearing age, compared with the general population. Restrictive state abortion laws cost $105 billion annually in reduced labor force participation, productivity, and reduced earning levels, according to 2021 findings from the Institute for Women’s Policy Research.

In addition to living their values, McGill Johnson urged female executives to ensure their workplace benefits are top-notch. The travel stipends some companies have offered to workers in states with abortion bans are helpful, but she recommended companies provide benefits that are as expansive as possible. “When we lose access to abortion, we have to double down on birth control and IVF, on adoption, and on sexual reproductive health care,” McGill Johnson said.

Communication is also key. “Talk to your employees. We are hearing that employees want to hear from their senior leaders,”  McGill Johnson said. As senior women in an organization, if you don’t talk about it, workers lower on the organization chart don’t feel they have permission or the courage to discuss it, she explained. “When you talk about abortion, you’re actually normalizing the fact that abortion is that health care.”

One of the hardest things companies and senior leaders can do, however, is put their money where their mouths are, McGill Johnson acknowledged.

“Corporate influence comes in all kinds of forms, and there are many ways in which corporations are actually complicit in perpetuating the loss of our freedoms,” McGill Johnson said. “So how about this: Let’s start doing business with states that align with our values, and let’s not do business in places that don’t.”

There are already companies that support climate change by not lending to coal companies, as well as those that boycott states that do not support LGBT rights. But more companies have the opportunity to step up their level of support when it comes to protecting reproductive rights. Stop building offices and facilities in states with abortion bans. Stop giving political contributions to lawmakers who support bans on sexual reproductive health care, McGill Johnson recommended.

“These are hard things,” she said. “These are uncomfortable things. But the reality is that if we don’t do them, where corporations sit in this moment is going to leave the footprint for what the future of abortion access will look like, moving forward.”