Larry Summers has a plan for financing global survival 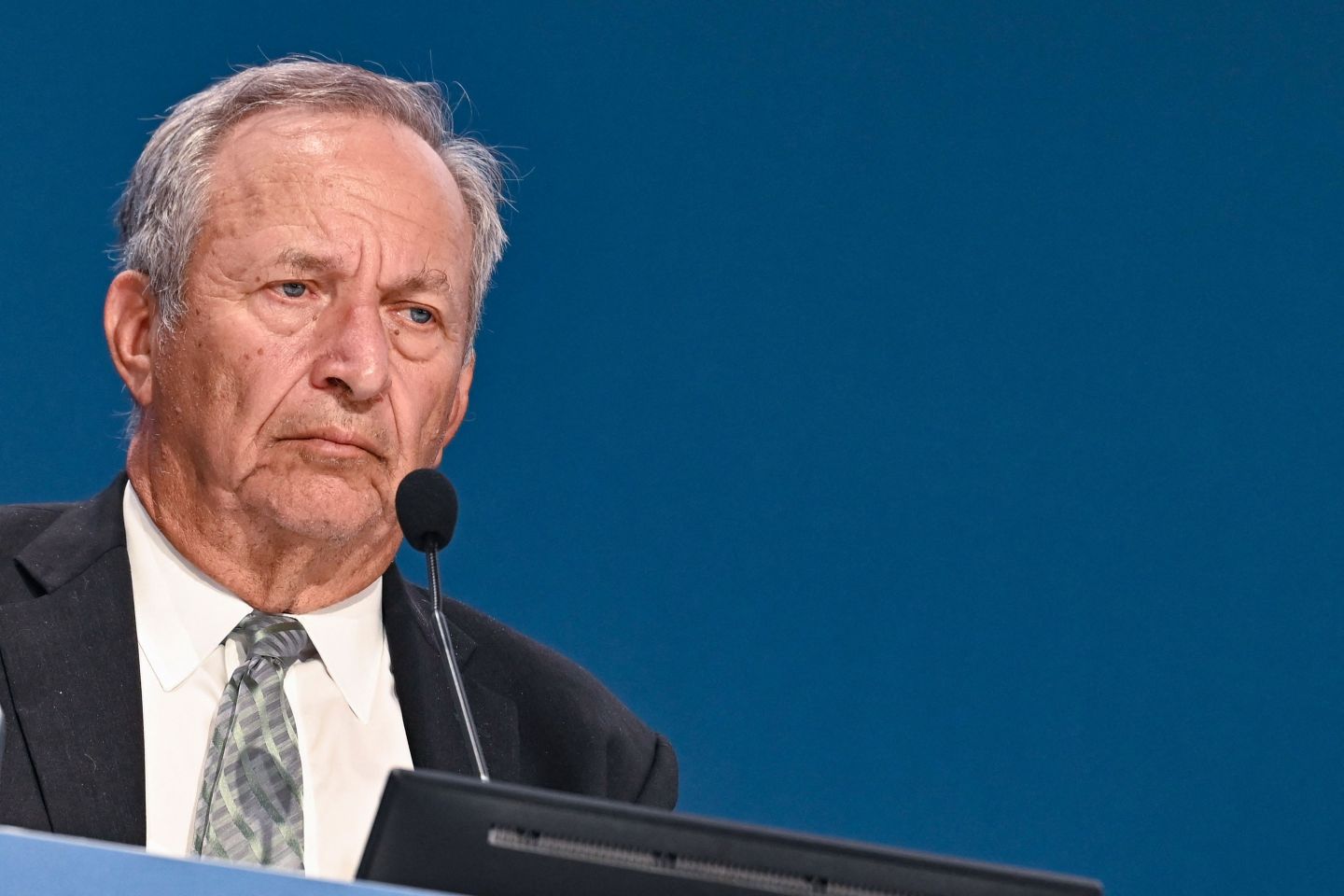 Governments must approve a bold new mandate for the World Bank to tackle sustainability for the first time, otherwise the institution will fail in its mission to curb poverty since the two goals are intimately intertwined.

That is the message former U.S. Treasury Secretary Larry Summers aims to convey as the multilateral development lender summons policymakers to Washington for its annual meeting this week chaired by head David Malpass, the controversial Trump appointee.

Unless an ambitious plan is approved, everything from a looming recession to rising interest rates, soaring food and energy prices and a strong dollar soaking up foreign savings could threaten prosperity around the world.

“Given the magnitude of global challenges over the next decade, we should be thinking in the trillions, not the billions, for the Bank,” he wrote.

Matching the bold aspirations is an equally bold recommendation to employ a greater amount of leverage, effectively stretching the balance sheet by borrowing more against the Bank’s underlying capital stock.

There are naturally limits to how much this can accomplish, so the Development Committee of the bank’s Board of Governors also needs to approve a substantial increase in paid-in capital, in his opinion.

This would require a direct investment by the bank’s owners, including the United States, should it pass.

“Given how dire the world’s needs are, the increase should be 2-3 times as large as the previous $13 billion increase in 2018,” argued Summers.

A hike in the order of $30 billion, for example, could underpin an extra $100 billion in annual loans heavily directed toward the transition to clean energy.

The U.S. as a 16.5% shareholder would be able to comfortably finance its $5 billion share of the bill over a period of eight years.

In addition to a broader mandate, greater use of leverage and a more robust capital base, Summers advocated a much-needed reform of the culture.

With a view to financing the rebuilding of Ukraine, Summers said the World Bank needs to emphasize speed of execution over its current more scattergun approach to development financing.

Whether leaders at this week’s World Bank meeting agree with him is another issue—Malpass for example refused to say last month whether he even shares the consensus opinion that mankind is responsible for climate change.

But Summers is well acquainted with the institution’s strengths and weaknesses. He served as its chief economist in the early nineties before running the U.S. treasury department under Bill Clinton.

Nevertheless, Summers is also a deeply polarizing figure, one who has refused responsibility for blocking legislation that would have regulated the trade of over-the-counter derivatives.

These opaque instruments, which included credit default swaps, helped conceal growing risks to financial stability in the lead-up to the 2008 global crisis.

Barack Obama, who considered Summers for running both the Federal Reserve as well as the World Bank, later appointed him as one of his chief policy advisors as Director of the U.S. National Economic Council.

There, the neoliberalist clashed with ex-Fed chair Paul Volcker over the latter’s attempt to rein in Wall Street’s casino-style prop trading desks that borrow heavily to speculate.

“I and many others of the generation after Paul have doubts about how enforceable and stability-enhancing it will be,” Summers wrote years later.

In an interview for Charles Ferguson’s 2010 documentary Inside Job, the former chief economist for Citigroup was critical of Summers as Obama’s pick.

“When it was clear that Summers and [ex New York Fed president Tim] Geithner were going to play major roles as advisors, I knew this was going to be status quo,” said Willem Buiter.