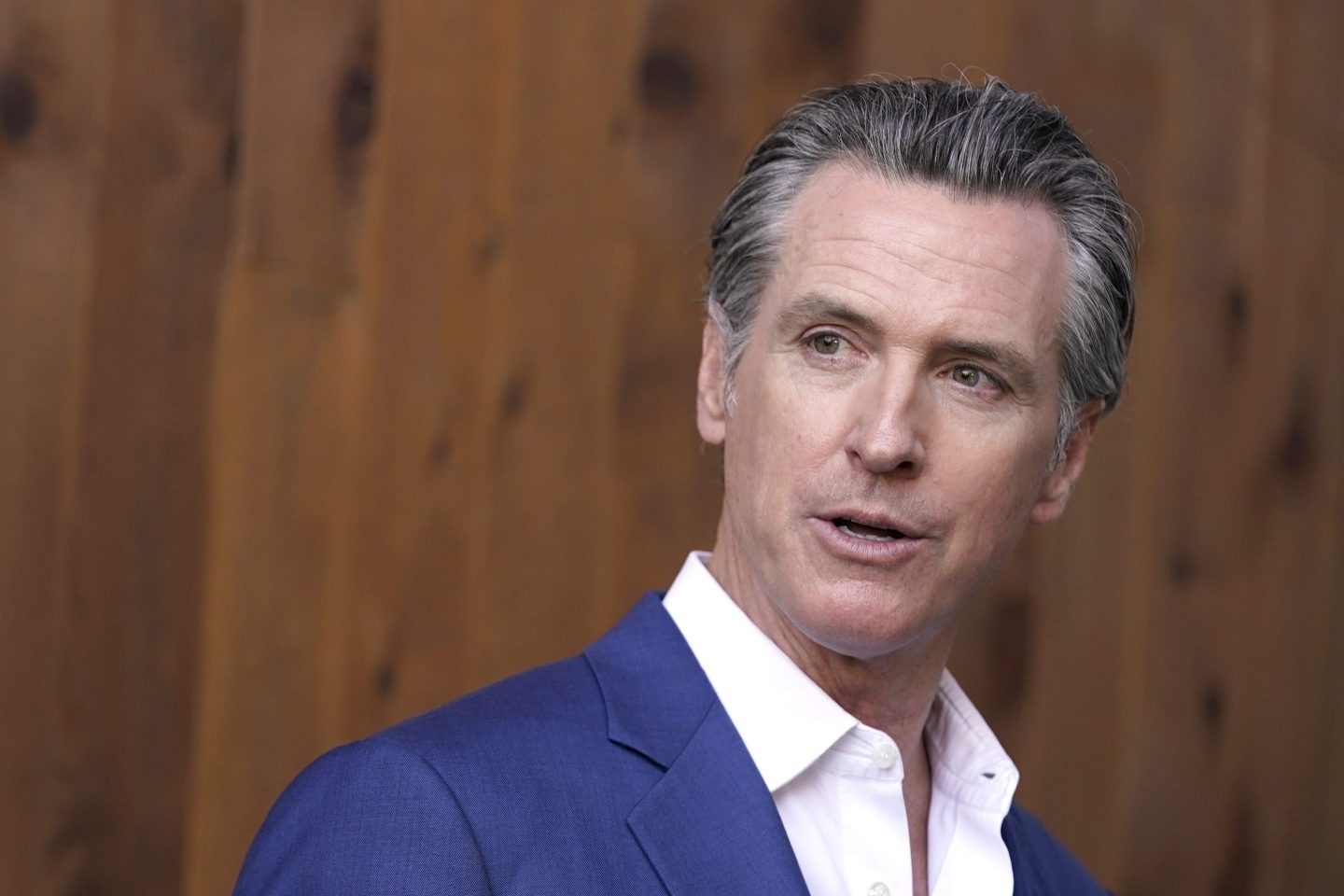 California Gov. Gavin Newsom said Friday he will call a special session of the state Legislature in December to pass a new tax on oil company profits to punish them for what he called “rank price gouging.”

Gas prices soared across the nation this summer because of high inflation, Russia’s invasion of Ukraine and ongoing disruptions in the global supply chain.

But while gas prices have recovered somewhat nationwide, they have continued to spike in California, hitting an average of $6.39 per gallon on Friday — $2.58 higher than the national average, according to AAA.

California has the second-highest gas tax in the country and other environmental rules that increase the cost of fuel in the nation’s most populous state. Still, Newsom said there is “nothing to justify” a price difference of more than $2.50 per gallon between California’s gas and prices in other states.

The oil industry has pointed to California’s environmental laws and regulations to explain why the state routinely has higher gas prices than the rest of the country. Kevin Slagle, vice president of the Western States Petroleum Association, said Newsom and state lawmakers should “take a hard look at decades of California energy policy” instead of proposing a new tax.

“If this was anything other than a political stunt, the Governor wouldn’t wait two months and would call the special session now, before the election,” Slagle said. “This industry is ready right now to work on real solutions to energy costs and reliability — if that is what the Governor is truly interested in.”

Several states chose to suspend their gas taxes this summer, including Maryland, New York and Georgia. Newsom and his fellow Democrats that control the state Legislature refused to do that, opting instead to send $9.5 billion in rebates to taxpayers — which began showing up in bank accounts this week.

It’s unclear how the tax Newsom is proposing would work. Newsom said he is still working out the details with legislative leaders, but on Friday said he wants the money to be “returned to taxpayers,” possibly by using money from the tax to pay for more rebates.

The state Legislature briefly considered a proposal earlier this year that would have imposed a “windfall profits tax” on oil companies’ gross receipts when the price of a gallon of gasoline was “abnormally high compared to the price of a barrel of oil.”

That proposal would have required state regulators to determine the tax rate, making sure it recovered any oil companies’ profit margins that exceeded 30 cents per gallon. The money from the tax would then have been returned to taxpayers via rebates.

Newsom did not comment on that proposal when it was introduced in March, and lawmakers quickly shelved it. It could, however, act as a blueprint for the new proposal being negotiated between Newsom and legislative leaders.

The Legislature’s top two leaders — Senate President Pro Tempore Toni Atkins and Assembly Speaker Anthony Rendon — said in a joint statement that lawmakers “will continue to examine all other options to help consumers.”

“A solution that takes excessive profits out of the hands of oil corporations and puts money back into the hands of consumers deserves strong consideration by the Legislature,” they said. “We look forward to examining the Governor’s detailed proposal when we receive it.”

California Republicans — who do not control enough seats to influence policy decisions in the Legislature — have called the tax “foolhardy.”

Last month, regulators at the California Energy Commission wrote a letter to five oil refiners — Chevron, Marathon Petroleum, PBF Energy, Phillips 66 and Valero — demanding an explanation for why gas prices jumped 84 cents over a 10-day period even as oil prices fell. The commission wrote that the oil industry had “not provided an adequate and transparent explanation for this price spike, which is causing real economic hardship to millions of Californians.”

On Friday, Scott Folwarkow, Valero’s vice president for state government affairs, responded that “California is the most expensive operating environment in the country and a very hostile regulatory environment for refining.” He said that has caused refineries to close and tightened supply because California requires refineries to produce a specific fuel blend.

He declined to provide details about the company’s operations based on the same anti-trust concerns. But he said the company makes appropriate arrangements to source supply when some refineries are down for maintenance.

Newsom dismissed those arguments, saying that still doesn’t account for a $2.50 difference between California’s gas prices and those in the rest of the country.

“These guys are playing us for fools. They have for decades,” Newsom said.

The California Legislature usually meets between January and August, where they consider bills on a variety of topics. The governor has the power to call a special legislative session at any time by issuing a proclamation. When convened in a special session, lawmakers can only consider the issues mentioned in that proclamation.

The last time a California governor called a special legislative session was in 2015, when then-Gov. Jerry Brown asked lawmakers to pass bills about health care and transportation.