Why Olympus sold off its decades-old camera and microscope business to focus on medical tech: ‘We had to move before it became too late’ 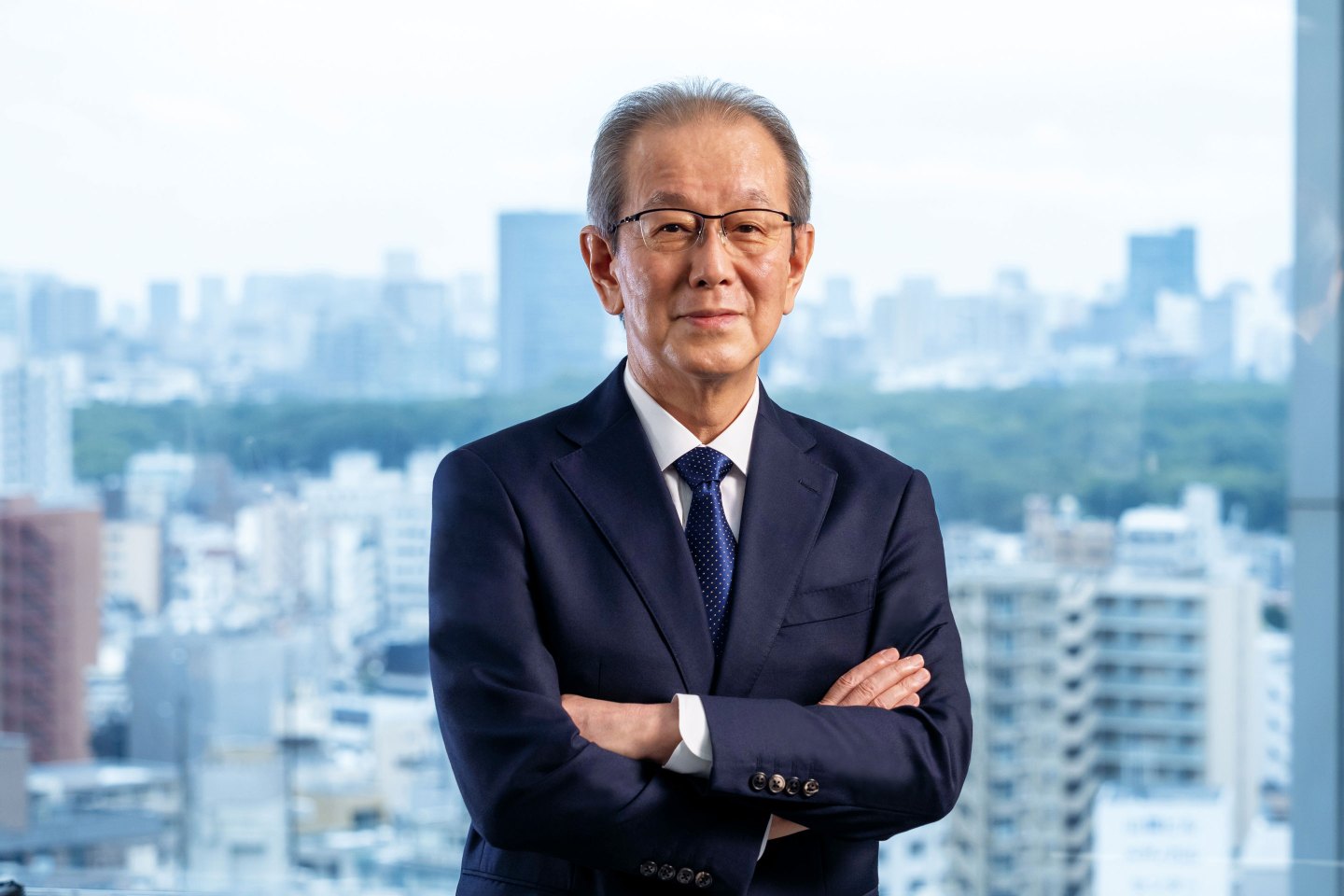 Olympus Corporation has long been synonymous with microscopes and digital cameras. But these businesses are no longer areas of focus as the Japanese company shifts to medical tech. These days, most consumer contact with Olympus products comes during a colonoscopy or an ear, throat, and nose examination performed with one of its machines.

That radical reinvention has taken place under the leadership of Olympus’s veteran chief executive Yasuo Takeuchi, who has worked to change the company’s product offerings, culture, and corporate governance. Olympus, in August, said it would sell its profitable microscope business, on which it had been founded in 1919, to private equity firm Bain for $3 billion. Two years ago, the company shed its money-losing camera business after struggling for years to compete with smartphones.

This transformation was mapped out in early 2019, when Takeuchi took the reins of a company that was bloated from chasing too many markets but at least stable after a massive 2011 corporate scandal over accounting regularities. In 2012, the Japan-born Takeuchi was called home after a three-year stint at Olympus’ offices in Hamburg, Germany, where he had been executive managing director, to help steady the ship under his mentor, Hiroyuki Sasa, whom Takeuchi later succeeded as CEO.

Takeuchi, who has spent one-third of his 42-year career at Olympus outside Japan, understood that the company would have to become more agile and international-minded to succeed in this re-engineering.

“One of my main tasks was to globalize the company more, not only in terms of geography,” he tells Fortune.

While Olympus had been a quintessentially Japanese company, with the home office calling the shots, Takeuchi wanted to expand the breadth and influence of international perspectives. To do that, he added the heads of Olympus’s Europe and U.S. businesses to the C-suite.

Takeuchi also restructured the board, tapping more outsiders, similar to Western companies, to help reset Olympus’s culture. One of his board appointments included the U.S.-based activist investor Value Act.

Under Takeuchi’s watch, company shares have tripled, and the CEO says Olympus is now ready to take on the competitive health tech sector.

Fortune: You’re now the dominant maker of machines used in colonoscopies and plan to move more forcefully into medical tech with a focus on surgical devices and various video scopes. Why is health care where Olympus is landing?

Takeuchi: The GI (gastrointestinal) endoscopy business was born about 70 years ago, but it has grown gradually and steadily. Around the middle of 2010, the main Olympus business went from cameras to the GI endoscopy business. Not only for the sales price but also the profitability.

GI is a steady, profit-generating business, and we had to grow and develop the new business when our digital camera business started its sharp decline. We had to move before it became too late and those businesses became obsolete.

Selling off the camera and microscope businesses meant getting rid of units that were core to Olympus’s identity. What was the thought process there?

They have a right to survive business-wise and to have the right owner. It was unfortunate for them to have Olympus as their owner, and they can now have another future.

You dominate the endoscopy equipment market, with about 70% share in your key markets. Do you think you can have similar success elsewhere in the medtech market?

We started the endoscope business almost 70 years ago. The origin of the business was very similar to how we began the microscope business 104 years ago—based on customer demand. At the time, many Japanese people were dying from stomach cancer, so a professor at Tokyo University contacted manufacturers for a device to look inside the stomach. That was the beginning of the endoscopy business.

Diseases keep developing and changing, and we must keep providing medical solutions. The core functionality of our GI solution is key to many procedures and illnesses. People used to rely on open surgery only, and endoscopes provided the opportunity to avoid open (exploratory) surgery.

You spent several years working in the U.S. What’d you learn from that experience?

My earliest years in the U.S. were eye-opening. The workers at Olympus America were very professional and had a clear career path. In Japan, the recruitment and employment system introduced after the Second World War was very much about lifetime employment; if you were young, you had to be patient. You had to listen to me, a manager, and comply with my requests. Only if successful could you go to the next step, which takes at least three years. So I thought the U.S. system was much more competitive.

You later went to Europe (2009-2012), where the stereotype is that business culture is much more focused on consensus-building.

Before I went to Europe, I thought the U.S. way of doing things was the best standard in the world. But when I went to Europe, I learned a totally different way of building teams and setting up strategy and product management. But that was when we made a big mistake in the management team, and the corporate scandal happened. I was called back to the parent company in January 2012.

How did those experiences abroad inform your vision of where Olympus needed to go at that point?

IIn April 2012, I was the number two guy, and my predecessor, Mr. Sasa, was elected president. Our management team was somewhat mature, and we had to learn many things before changing the company, as we laid out in 2019. During those seven years, Mr. Sasa gave me a lot of education, and I learned how to strategize, financial planning, and how to further globalize the company.

One of the landmark changes you’ve help put in place is a board structure with more outsiders and foreigners, much like those found in the U.S. Why?

The main reason was that in a traditional Japanese governance system, the board is a decision-making entity, so we spent a lot of time making proposals that would get board approval. Many of those board members were the old Olympus executives. We decided to have the majority of board members be from outside the company and give it more of a monitoring role than quasi-executive

And in another rare move for a Japanese company, you invited an activist investor—and a foreign one at that—on to your board in 2019. What was thinking there?

When I started working with Mr. Sasa to transform the company, one of my key actions was increasing the diversity of thinking. But how do you do that? That was my biggest motivation to change the board structure. My management team was only Japanese, and the board needed to become international, too. I learned a lot from Rob as a private investor. We also have a former executive from [Olympus rival] Johnson & Johnson. We need to keep increasing the diversity of nationalities and expertise.

Get to know Takeuchi: