Collisions and close calls: The e-bike boom is getting increasingly dangerous, creating a push for stricter cycling rules 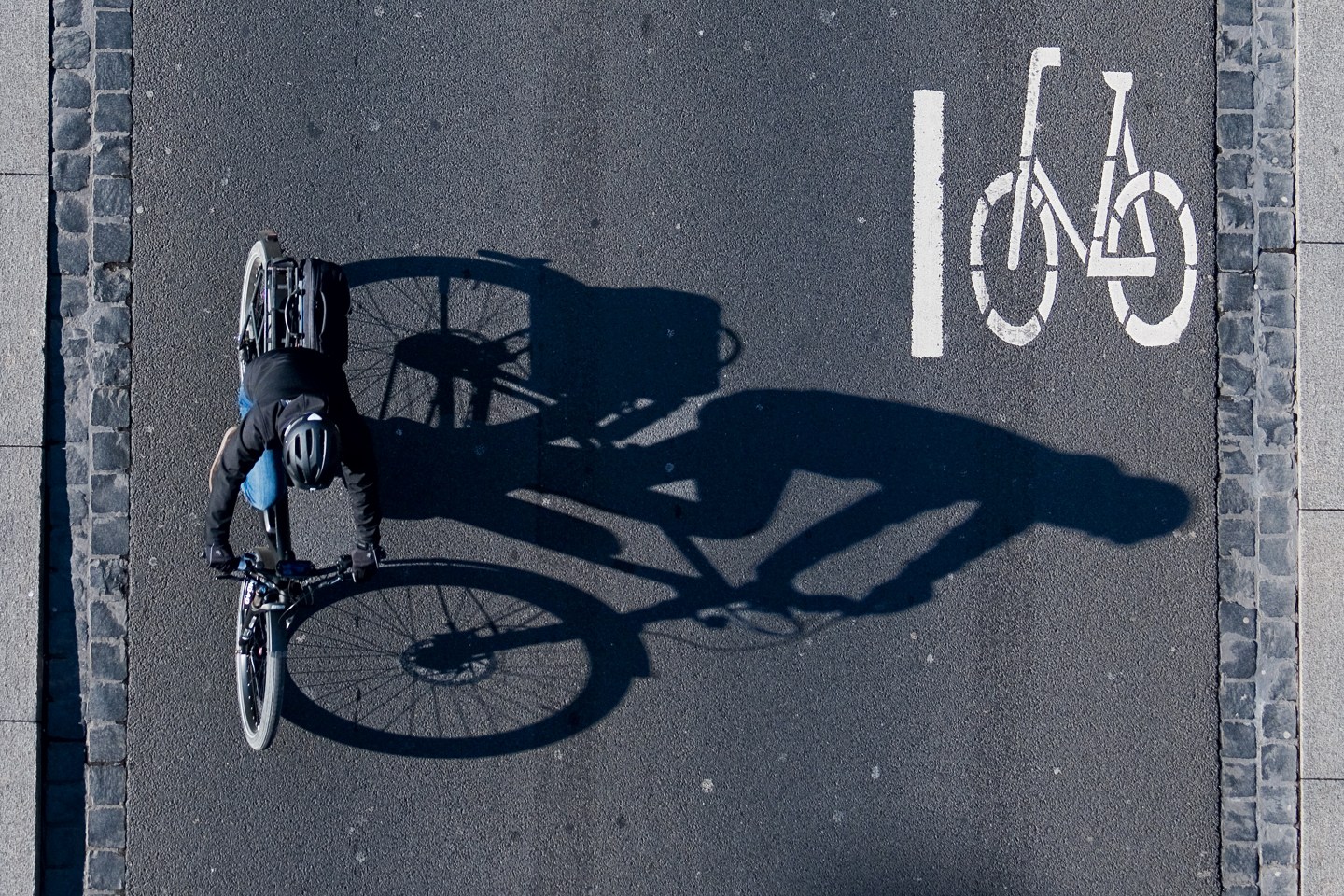 Critics say cities must do more to regulate e-bikes, like ban them from dirt trails and better educate riders about safety.
Julian Stratenschulte—picture alliance/Getty Images

Steven Kung was cycling in Vancouver’s scenic Stanley Park earlier this year when a rider on an electric bicycle—commonly known as an e-bike—flew past him, clipping him on the shoulder and nearly knocking him off balance. It was a terrifying moment; but for Kung, a medical device salesman, alarming close calls with e-bikes and the sight of their riders maneuvering dangerously have become routine. He frequently sees young e-bikers whizzing in and out of car traffic, ignoring normal road rules.

“If cities don’t fix this problem of how to best accommodate e‑bikes,” he says, “I think there’s going to be many more accidents.”

The boom in e-bikes over the past few years has launched an intense debate over how riders use them and where. Critics want more restrictions owing to what they describe as the greater risks the bikes create for pedestrians and traditional cyclists.

No one tracks the number of e-bike accidents specifically. But in many communities, they are being linked to increased collisions. The bikes can hit top speeds of over 25 mph, much faster than street bikes. When careless riding and inattentive bystanders are mixed in, the outcome is often bloody for everyone involved.

For example, officials in Carlsbad, Calif., near San Diego, recently declared a “state of emergency” after accidents involving bikes of all kinds more than tripled since 2019. Residents blamed some of that rise on e-bikes.

In Boulder, a proposal by the city to allow e-bikes on open-space trails has created a huge backlash, with some residents saying they’re worried about accidents and environmental damage.

Many e-bike supporters acknowledge the problems and propose fixes, including more bike lanes. But they also describe e-bikes as integral to reducing traffic and pollution while opening up cycling to far more people than pedal power alone allows.

Bicycles assisted by electric motors debuted in the late 1800s. Initially bulky and underpowered, they started catching on only in the past decade after their batteries and motors became more powerful and compact.

Then came the COVID pandemic, which catapulted e-bikes into the mainstream. Fear of infection drove urbanites to buy bicycles, including e-bikes, rather than use buses and trains since “nobody can sneeze on you on a bike,” says Duncan Stewart, a research director at Deloitte Canada who follows e-bikes. At the same time, cities such as Austin, Denver, and Pittsburgh started encouraging biking by adding hundreds of miles of bike lanes. Many people, it turned out, were happy to ditch their cars.

But e-bike mania has also brought a new level of wariness.

This year, the seaside city of Carlsbad recorded 57 collisions involving e-bikes or bikes—two of which were fatal. The deaths, both of which took place in August, served as the final straw. By the end of that month, the city government ratified a state of emergency and allocated an extra $2 million for bike safety initiatives, including improving traffic engineering and enforcing cycling rules.

During a recent city council meeting, one resident recalled strolling along the seawall when an e-bike rider drove straight into him. He questioned the lax enforcement of traffic rules on e‑bikes and called for unruly e-bikers to have their bikes impounded.

One thousand miles away, the city of Boulder is evaluating public feedback on whether to open park trails to e-bikes. It’s prompted heated debate. Local resident Zach White is against e-bikes on park trails because of safety and environmental concerns. E-bikes are “incredibly easy to modify to exceed their theoretical speed limits,” he wrote on the city’s online forum, adding that multiuse paths are already more dangerous since e-bikers started using them.

Meanwhile in the Canadian Rocky Mountains town of Banff, gateway to a popular national park, people have submitted a flood of complaints after the government in December approved e-bike use on certain park trails. Sarah Elmeligi, national parks program coordinator for the Canadian Parks and Wilderness Society, a conservation group, argues that e-bikes should be limited to paved trails in parks. Allowing them on dirt trails means more people in the backcountry and more human-wildlife conflict. “Because e-bikes are so fast and so quiet, they have a higher chance of a negative encounter with a bear,” Elmeligi notes.

But the demands of city residents, a desire by governments to encourage greener transportation, and e-bike makers’ incentives to cash in point to e-bike use increasing even more, experts say.

Already, e-bikes account for nearly half of all new bikes sold in China and Germany, according to Edward Benjamin, chairman of the Light Electric Vehicle Association, an industry trade group. He expects U.S. sales to reach a similar milestone by the end of the decade.

Those big e-bike sales in Germany and China come despite tougher regulations than in the U.S. In Germany, e-bikers must buy insurance and, in many states, be at least 16 years old, while riders in China must register their e-bikes with local governments and limit their speeds to 15.5 mph.

As it stands, e-bike makers are innovating faster than U.S. officials can adapt. Austin Durling, a spokesman for Amsterdam-based VanMoof—whose most popular model costs $2,400—says Americans want faster and more powerful e-bikes because they tend to live in larger and more sprawling cities than Europeans do. This year the company plans to introduce a “hyperbike” with a top speed of 31 mph—faster than the 28 mph limit in many U.S. states. Meanwhile, Phoenix-based Lectric eBikes is developing e-bikes with a longer battery life that stretch the limits of what e-bikes can be used for. Currently, 60% of e-bike rides in the U.S. are five miles or less, but more advanced batteries will let riders go farther. “We want to transform our riders’ daily commute into micro-adventures that wouldn’t be possible in a car,” says Lectric eBikes CEO Levi Conlow.

E-bike maker VanMoof plans a new model that is speedier than allowed in many states.
Courtesy of Vanmoof

One compelling use case for longer-range electric bikes is their adoption by delivery workers. The city of San Francisco plans a pilot program to provide 35 app-based food-delivery workers with free e-bikes in a bid to save the couriers money and help them work more efficiently. The city, in turn, would benefit from reduced car traffic and pollution, says Lowell Chu, program manager for San Francisco’s Department of the Environment.

An average North American would have to shift merely 15% of the personal miles they travel in cars to an e-bike to cut their carbon footprint by 500 pounds annually, researchers from Portland State University and University of Tennessee found.

Despite the benefits of e-bikes, American cities are “grossly unprepared” for their continued growth in ridership, says William Rhatigan, advocacy director at San Diego County Bicycle Coalition. Governments have few good options for how to deal with them, he says. Forcing e-bike riders to use roads is currently unsafe because the bikes are too slow to mix with cars. At the same time, they’re too fast to operate on bike paths near cyclists and pedestrians, he says.

One solution, Rhatigan argues, is to reduce car speed limits in urban areas to 30 mph so that higher-speed e-bikes can safely use the roads, too.

The key question, Rhatigan adds, is whether cities will build what’s needed to protect all e-bike riders, such as bike paths that are separated from roads and speed bumps to slow car traffic. If not, mounting injuries and deaths will reach “crisis levels,” he says, and eventually force officials to act.

This article appears in the October/November 2022 issue of Fortune with the headline, “E-bike backlash.”