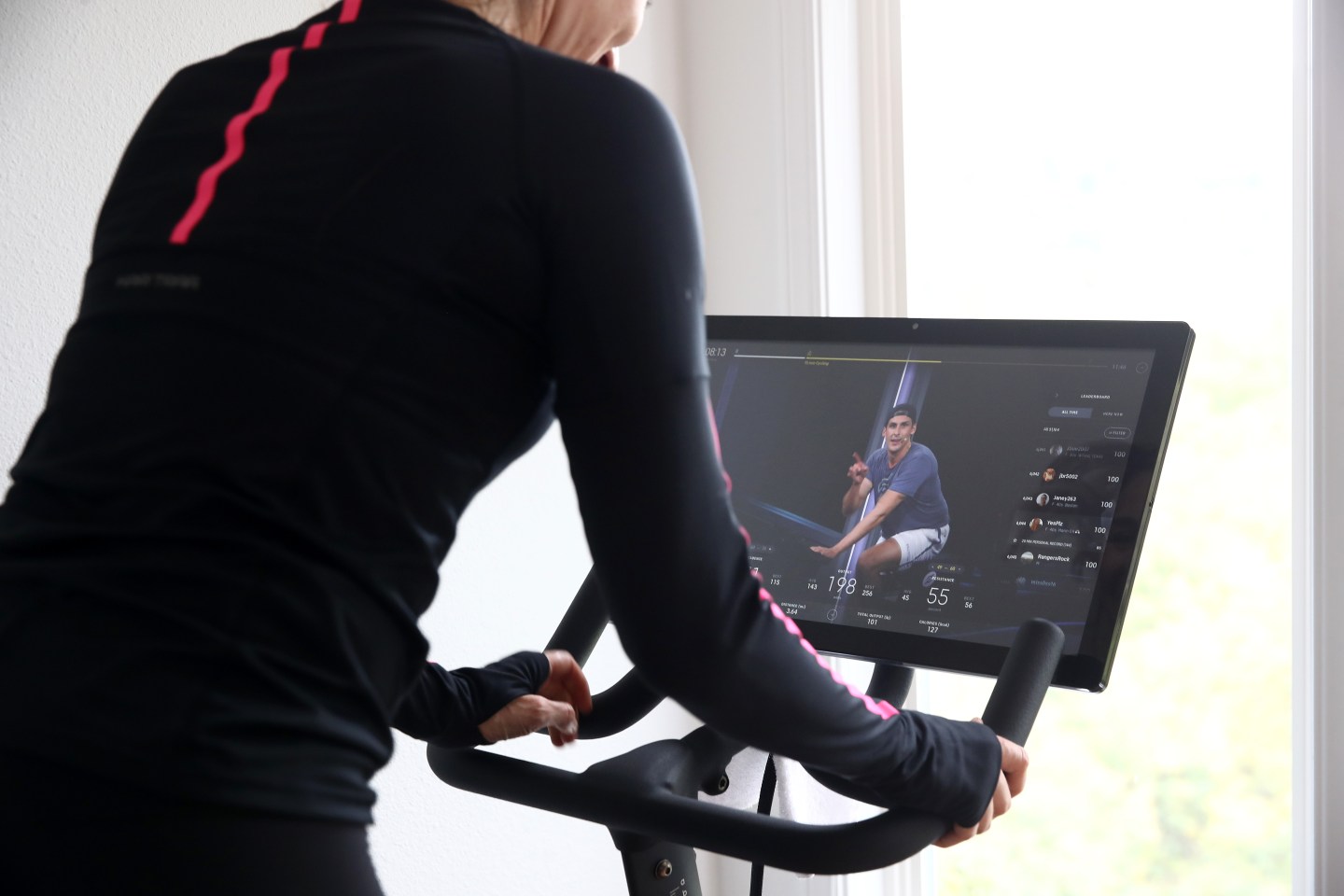 Peloton CEO Barry McCarthy has given the company six months to turn itself around.
Ezra Shaw—Getty Images

Former Wall Street darling Peloton has had a tough year—and it’s ending with an ultimatum: Turn yourself around, or forget being a stand-alone firm.

The daunting challenge has been set for the company by its CEO, Barry McCarthy, who took the reins at the fitness technology firm earlier this year.

The Wall Street Journal reported on Thursday that McCarthy had said he was giving Peloton around six months to significantly improve its performance and if the company failed to do so, it was unlikely to be viable as a stand-alone business.

“There comes a point in time when we’ve either been successful or we have not,” the WSJ reports.

At the height of the COVID crisis in 2020, Peloton saw its stock surge 350%, with revenues jumping 172% in a single quarter as worldwide lockdowns saw the popularity of at-home workouts boom.

However, as people across the globe were no longer confined to their homes, the tides turned and saw Peloton fall out of favor with Wall Street. With investors fleeing from Peloton shares, stock researchers have warned that its stock could soon fall to $0.

The firm’s shares have lost more than 75% of their value so far this year on the back of a string of earnings disasters, culminating in a $1.2 billion loss in its fourth quarter and forecasts of more revenue declines.

Amid six consecutive quarterly losses, the company has turned to layoffs as it executes a massive turnaround strategy, cutting thousands of jobs earlier this year.

McCarthy told the WSJ that Peloton was now planning to slash a further 500 jobs, or around 12% of its remaining staff, in its fourth round of job cuts this year.

Despite the company’s well-publicized misfortunes, however, McCarthy expressed optimism in Thursday’s interview that it still has a bright future ahead.

“The perception for a long time publicly has been that the business is failing,” he said. “I think that perception is out of alignment…I can see in the numbers the business starting to change course—which is part of what gives me confidence when I say that I think this is the last step in the process.”

The WSJ interview came as McCarthy sent a memo to Peloton staff laying out his plans for putting the company on a growth trajectory, including a push toward partnerships and digital subscription sales as well as the 500 job cuts.

Here is the memo in full, as reported by Bloomberg:

This will be a difficult day for approximately 500 global team members whose positions are being eliminated. I want to start by acknowledging them and thanking them for their many contributions to our company.

We are eliminating these positions and reducing other operating expenses, in order to reach break-even cash flow by year-end FY23. Our goal is to control our own destiny and assure the future viability of the business.

I am acutely aware many of those impacted by these changes aren’t just colleagues but are also close friends. I know many of you will feel angry, frustrated, and emotionally drained by today’s news, but please know this is a necessary step if we are going to save Peloton, and we are.

With today’s announcement, the bulk of our restructuring work is complete.

The final building block, which I have previously outlined, is the rightsizing of our retail footprint. We lost more than $100 million on retail last year, which is why we must restructure this segment of the business. Our commitment is to provide updates on which retail operations will be impacted by this decision in the coming months as our analysis and negotiations with landlords progress.

While today’s news is difficult to hear, let’s remind ourselves of the significant and purposeful changes we have made since the beginning of the year.

• secured $750 million in financing as well as maintained a liquid cash balance of more than $1 billion dollars,

• simplified our operations by exiting owned-manufacturing in Taiwan,

• shifted our last mile delivery by expanding relationships with our third party partners,

• entered into new partnerships with iconic retailers Amazon and Dick’s Sporting Goods, and

Together, we have dramatically restructured Peloton’s business. You should be incredibly proud of what we have accomplished. This has not been easy. And I want to reiterate how grateful I am to each of you for your hard work, contributions, and commitment to this company, our mission, and our members.

In closing, I want to offer my deepest gratitude to those who are directly impacted by today’s actions. Twice in my career I’ve found myself in a similar situation. The first time was brutally hard. The second time I’d learned from the first. Resilience is a conscious choice. Sooner or later, we all get knocked down in life. But we all deal with setbacks in our own way. However you deal with it, don’t ever lose faith in yourself, and don’t ever stop getting up off the ground when you get knocked down.

I know we can make Peloton a great comeback story if we continue to fight for it. As I have said, this is not easy, but I’ve never been more confident in Peloton and where we are going.

Me to you. You to me. You to each other. And all of us to our members.