On #MeToo’s fifth anniversary, the movement’s legacy is complicated 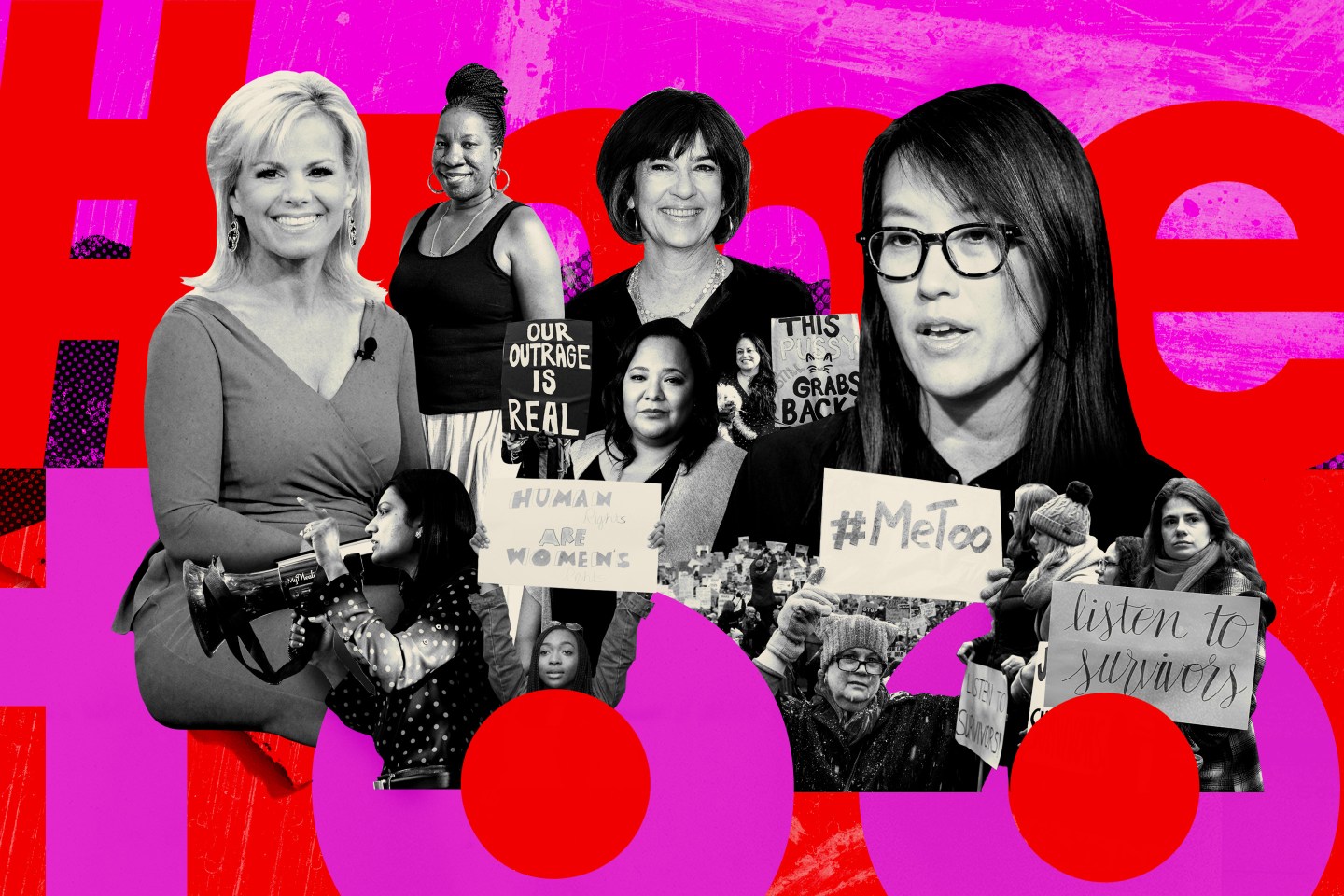 Good morning, Broadsheet readers! This is Fortune senior writer Maria Aspan, subbing in for Emma. Stacey Abrams discusses her gubernatorial campaign; nine women are on Fortune’s “Ones to Watch” list; and it’s been five years since #MeToo—what’s changed?

Messy #MeToo: How do you assess a complicated global reckoning over sexual harassment and gender bias?

In October 2017, the New York Times kick-started Harvey Weinstein’s downfall—and a larger, viral conversation over sexism, harassment, and abuse. Five years later, my Fortune colleagues and I wondered how the women involved in #MeToo, before and after it went viral, feel about its legacy today. And so we asked more than 14 of these women—including Tarana Burke, Ellen Pao, Gretchen Carlson, and dream hampton—to reflect on what #MeToo did and didn’t change for a new feature in Fortune’s October/November 2022 issue.

In short: It’s complicated. “I’ve had a lot of disappointment over the last five years, don’t get me wrong,” says Burke, the activist who first coined “me too” in 2006. But “we actually live in a different world—the number of people whose lives have changed, the conversations that wouldn’t have taken place, the shift in culture.”

Most of the women we spoke to, who otherwise had vastly different experiences of #MeToo, echoed this ambivalence. These women spanned Silicon Valley, Hollywood, Wall Street, Main Street, and beyond. They were celebrities and executives as well as rank-and-file workers at McDonald’s, Google, and Goldman Sachs.

And, like Burke, they alternated between optimism and frustration—not with #MeToo itself, but with what dream hampton calls the “Sisyphean nature” of trying to change the world.

“We are certainly in the backlash phase,” hampton, the documentary filmmaker of Surviving R. Kelly, told me, citing the Supreme Court’s June decision to overturn Roe v. Wade. “I wish we could say that we were marching toward freedom, as opposed to fighting for abortion rights.”

Ellen Pao, whose 2012 gender discrimination lawsuit against Kleiner Perkins laid the groundwork for #MeToo in Silicon Valley, decried the ongoing lack of accountability in the tech industry. In the years since #MeToo, male founders have resigned over sexual harassment or just for lighting billions of investors’ dollars on fire—but they still get plenty of VC funding for their next startup.

“It’s embarrassing. It makes no sense. But it’s happening because the people who have the checkbooks and have the big investment funds don’t really seem to care that much,” Pao told me.

Still, #MeToo forced most companies and industries to pay more attention to sexism and harassment. As Burke put it: “There was a time when I had to literally beg people to get this issue on the agenda. Now people want me on the agenda.”

Our magazine feature—reported by Erika Fry, Emma Hinchliffe, Beth Kowitt, and me—is here, and you can read longer interviews with Pao here and hampton here.

Ones to watch. Fortune’s annual Most Powerful Women list was released Tuesday, but there are several women not yet on that list who are on our radar for future rankings as their careers progress. That includes Amazon’s senior vice president of North American stores Christine Beauchamp; Microsoft’s corporate vice president of Xbox Sarah Bond; and Goldman Sachs’ cohead of global wealth management Meena Flynn. Fortune

Startup central. Melanie Perkins, the founder of Canva who’s on the cover of Fortune’s October/November issue, can claim three combined achievements no other woman in startups has yet reached: She founded her firm; she’s CEO; the company is worth more than $20 billion. But plenty of other startup founders and CEOs overseeing companies close behind Canva in valuation are worth watching, including Cityblock Health CEO Toyin Ajayi and Everly Health founder Julia Cheek. Fortune

Georgia on her mind. Georgia gubernatorial candidate Stacey Abrams discussed her campaign to unseat incumbent Gov. Brian Kemp, voting rights, and the importance of Georgia’s Black community in an Essence cover story. “We must elect candidates who see us, hear us, represent us, and have a commitment to passing legislation that ensures our communities have the opportunity to thrive,” Abrams says. Essence

Poor reception. Liz Truss’ Conservative Party conference speech on Wednesday was disrupted by two Greenpeace protesters challenging the U.K. prime minister’s environmental policies. Greenpeace U.K.’s head of public affairs, Rebecca Newsom, and policy officer Ami McCarthy were booed as they held a banner that read, “Who voted for this?” and were eventually escorted out by security. Guardian

Trapped in a movie. Cherelle Griner compared the imprisonment of her wife, Brittany Griner, and the U.S. government’s attempts to release her, to a hostage situation in a film. Brittany, sentenced to nine years in prison on Aug. 4 for drug possession, has an appeal hearing set for Oct. 25. The White House has called the hearing a “sham.” CBS

O Canada. Quebec voters elected women to 46% of its legislature seats, the highest for any Canadian province. British Columbia previously set the record of 43% legislature seats in 2020. Bloomberg

In solidarity. A Swedish member of the European Parliament cut off her hair in solidarity with Iranian protesters during a speech at the EU assembly on Tuesday evening. “Until the women of Iran are free, we are going to stand with you,” Iraqi-born Abir Al-Sahlani said before snipping off her ponytail. Reuters

Loretta Lynn pioneered her own kind of feminism Slate

The rise of expensive kids’ gear Outside

The women are coming—to vote Elle

“It’s important for folks to see how pregnancy and birth is a medical event that occurs in a hospital with doctors.”