Ex-Disney CEO Bob Iger explains why he backed Canva, the $26 billion design startup—and how it fits into his investment strategy 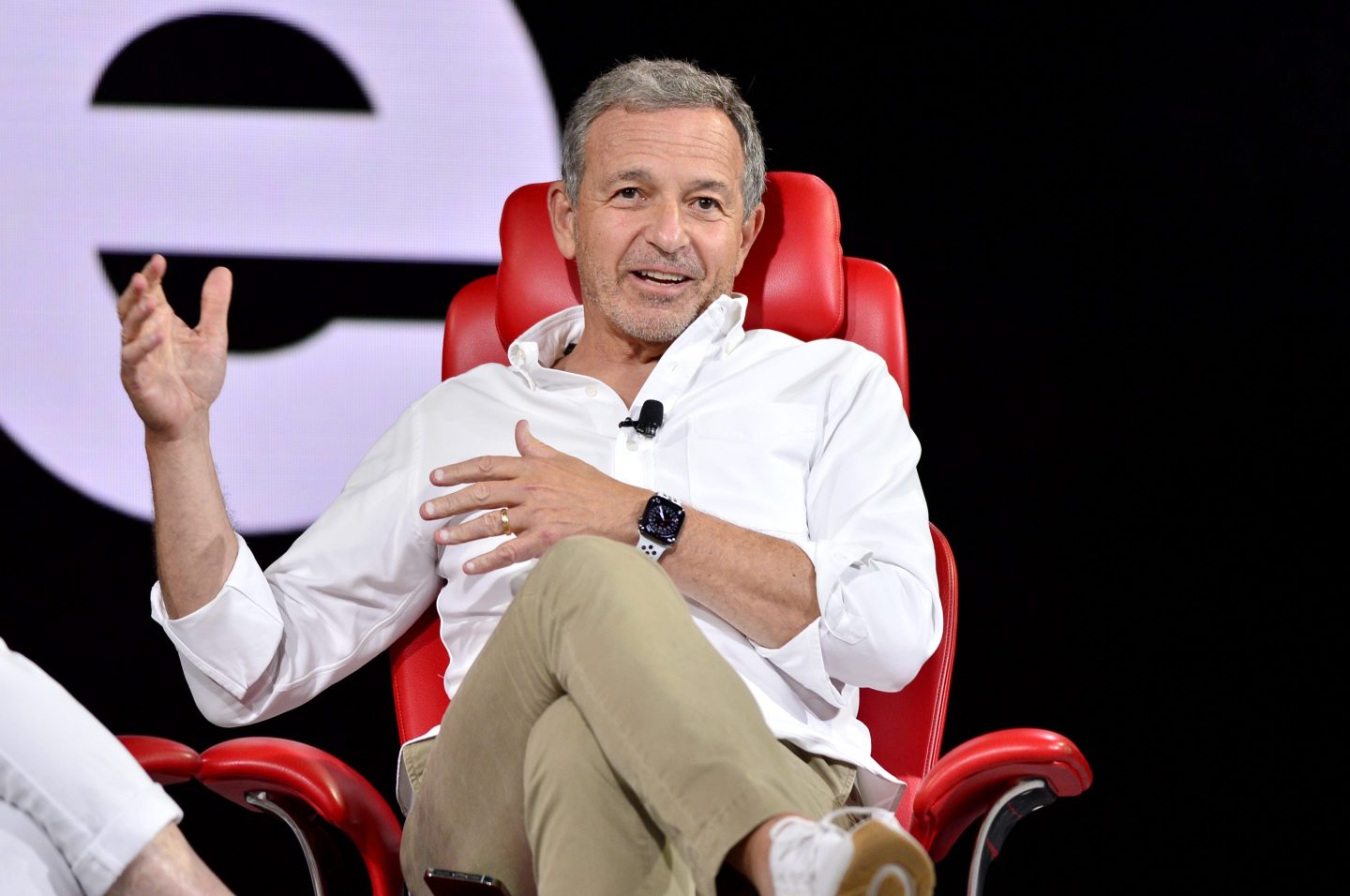 Canva, the Australian graphic design startup valued at $26 billion, has amassed a slew of top Silicon Valley investors: Founders Fund, Bessemer Venture Partners, Sequoia Capital, and more. In May, the startup led by CEO Melanie Perkins, 35, added another notable name to that list: Bob Iger, the former CEO of Disney.

Iger stepped down as Disney’s CEO in 2020 and as the entertainment company’s chairman in 2021. Since then, he’s started to build out a portfolio of investments at the intersection of “creativity and technology”—a nod to his legacy at Disney.

Canva sits squarely at the intersection; its web-based platform allows users to design posters, presentations, social media graphics, videos, and now a host of workplace products like documents and websites. Since backing the startup, Iger has served as an adviser to Perkins and her cofounder and husband, COO Cliff Obrecht. Iger invested when Canva had a valuation of $40 billion; since then, some investors have cut the growth-stage company’s estimated value to better match the down public markets.

Iger’s investment—and those of top Silicon Valley firms—reflects how far Canva has come since its earliest days. Perkins and Obrecht initially struggled to secure venture backing, receiving more than 100 rejections from investors before gaining traction.

In a recent Fortune cover story, Iger shared his perspective on Perkins’s leadership of Canva, as she evolves from startup founder to CEO of a more mature business. Canva was founded a decade ago from Perth and then Sydney, Australia, and now has 3,200 employees and 90 million users, 10 million of which are paid. “I think [Perkins is] very capable of running a company that is much larger and more complex than the company she runs,” Iger told Fortune.

In his conversation with Fortune, Iger also discussed his investing strategy and why he backed Canva.

This conversation has been edited and condensed.

What did you see in Canva that inspired you to invest?

I was familiar with the product through my wife, who is the dean of the [Annenberg] School of Journalism and Communication at [the University of Southern California]. They use the product at work. I began using the product, and I was quite impressed with it.

With Cliff and Mel, we started talking about their strategy and who they were. I became enamored of them and quite impressed with what they’ve accomplished so far—and what the potential was.

In my post-Disney life, I’ve been looking for companies that are at the intersection between creativity and technology. And in a magical way—but it stretches beyond that. I love the use of technology to better an art form, enhance collaboration, or increase the quality of products. The more I talked to Cliff and Mel, the more I realized how good the fit was.

What are your impressions of Mel as a CEO?

Her passion for the product she’s created is tremendous. It just exudes from every pore of her body. She’s a person of great values, and she’s infused them into the company she’s created. That’s reflected in the product itself as well. She seems to manage extremely well the day-to-day operation of the business, but also has a foot in the future. I’ve long since talked about how when you manage these businesses, you have to have a foot in the present and a foot in the future. You have to manage for operational excellence today, but you always have to be looking forward. And she and Cliff do that.

They both have an ability to look around the corner. I don’t think that either one of them, even though they’ve had an enormous amount of success, have spent any moment resting on their laurels. It’s always about improving their business, it’s always about improving their product. It’s about improving their relationship with their customers. I know a lot of people talk about wanting to change the world or have a positive impact on the world, but they don’t truly mean it—it’s just a marketing message. These people mean it. She really does care about making a difference. That’s reflected in her business, her philanthropy, her position in Australia and the world.

Where do you see Canva going?

More and more people want to be able to take control of their own lives, whether it’s how they communicate, how they collaborate. I see a world that will constantly demand new tools for those purposes to enhance one’s life and one’s position in the world.

How have you used Canva?

The nice thing is, it has a universal appeal to it. You can put these tools in the hands of a genius creator, and that creator will use the tools very, very well. But you can also put the tools in the hands of a person who is not necessarily a genius creator, but has things they want to create. That’s extremely empowering. To me, it is just so useful. I started using it to create some Instagram posts, and I was blown away by how easy they were to use. I have a very small Instagram following, just friends and family, but it made my posts way better. I was no longer really working at Disney when I started using Canva more, so I didn’t have as much use from a business perspective. But it was clear to me the potential for businesses, professionals, and nonprofessionals.

Do you see yourself joining Canva’s board?

I’d rather not comment. But we’ve had many conversations over the past year talking about business challenges and leadership issues. One of the things I look for from my investments, not just from a financial perspective but where I invest my time, is having a good fit with founders, having chemistry with founders. Not only being aligned in business interests but aligned as people, and I feel that way with them.

When they populate their board, they’ll be interested in diversity. We’ve talked about the need to do that, from a shareholder perspective, and that it’s a healthy thing to have a board made up of people who reflect different opinions, backgrounds, and perspectives.

Did some investors’ reevaluation of Canva’s valuation concern you at all?

No, I’m a long-term investor. I don’t look short-term. I was that way at Disney with the ups and downs of the market. I just think the potential of this business is huge, particularly in their hands.

How does Canva fit in with your investing strategy?

My impression at Disney was, the world was getting more and more visual. Canva is a little more mature than other companies I’ve invested in, in terms of size and potential. But the power of technology to fuel creativity is something I’m enamored of, whether it was at Pixar or Disney+ or Disney Imagineering and the attractions—all the ways technology was being used to enhance the power of the storyteller.

As someone who’s observed business leaders for a very long time—I was CEO and chairman of Disney for 17 years—I’ve been extremely impressed with them and their vision, their values, and their sheer passion for what they do.