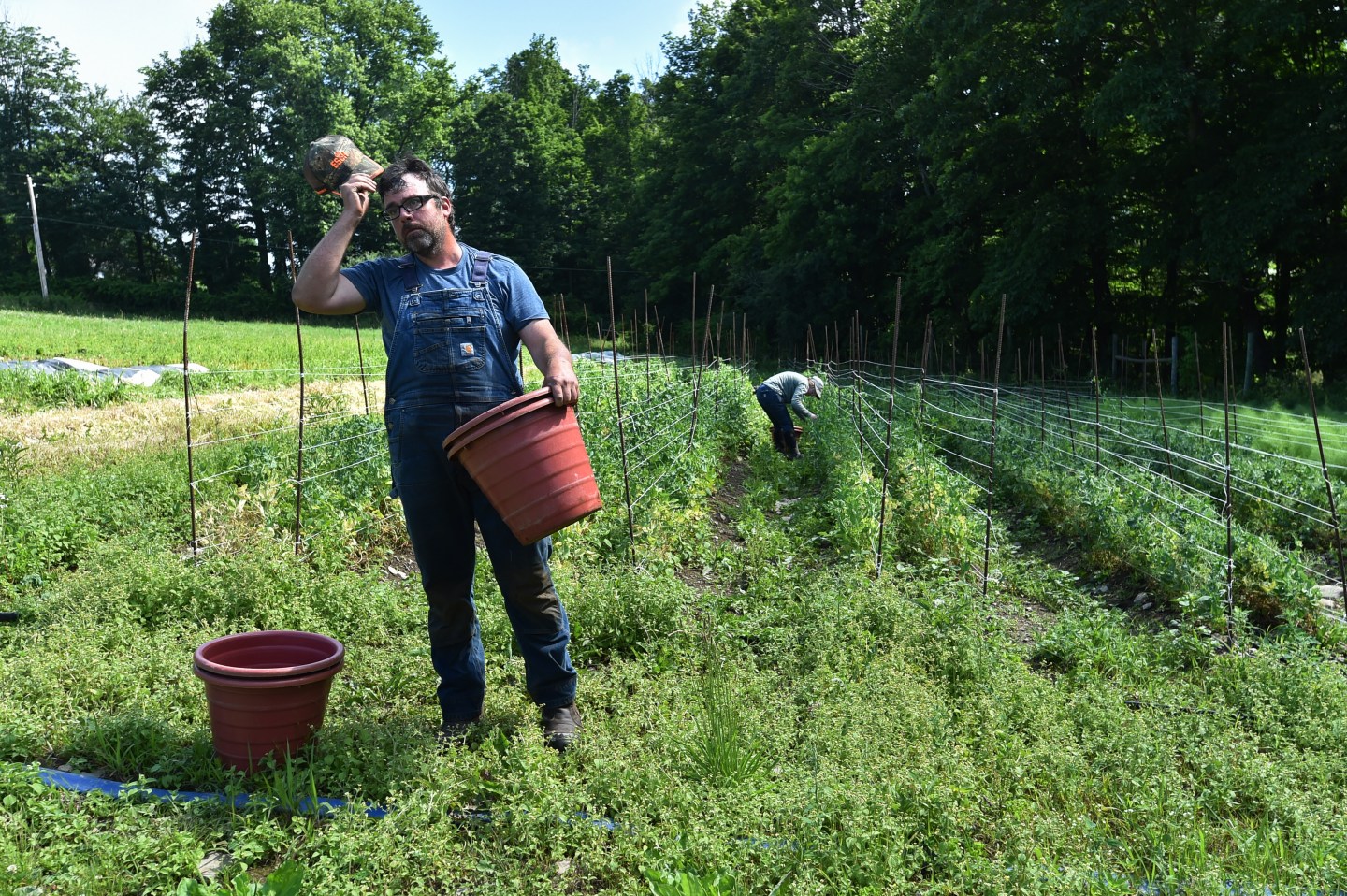 STUYVESANT, N.Y. (AP) — Harvest season means long days for U.S. farmworkers — but usually no overtime pay. Federal law exempts farms from rules entitling most workers to 1.5 times their regular wage when they work more than 40 hours in a week.

New York is now joining several states that have begun to change the rule.

The state’s labor commissioner on Friday approved a recommendation to phase in a 40-hour threshold for farmworker overtime over the next decade. Right now, farmworkers in New York qualify for overtime pay only after they have worked 60 hours in a week.

Washington, Minnesota, Hawaii and Maryland have also granted forms of overtime entitlements to agricultural workers. California, an agricultural giant, this year began requiring farms to pay overtime to employees who work more than 40 hours in a week.

The changes have excited workers, who say they sorely need the extra money, but alarmed some farm owners, who say extra labor costs could wipe out thin profits.

Some labor movement advocates fear workers’ hours will be capped.

That’s what Elisabeth Morales says happened at the grape vineyard where she works in California’s Central Valley. After the state’s overtime rules changed, the vineyard cut her hours to no more than 40 per week, and hired more laborers so it could get needed work done without having to pay overtime.

Morales, a mother of four, said she had to take on a second job at McDonald’s to supplement her wages at the vineyard, which are $15 per hour for tasks like weeding plus 40 cents for every box of grapes she picks.

“I would prefer to work the extra hours even though they don’t pay us overtime,” Morales, 43, said in Spanish.

There isn’t much national data yet to say for sure whether lowering the overtime threshold will be as bad for farms’ bottom line as agribusiness predicts, or as good for workers as the labor movement hopes.

Farm workers were excluded from overtime pay in the federal 1938 Fair Labor Standards Act, and some labor advocates say it’s a legacy of Jim Crow.

The overtime rule change is aimed at people like Doroteo, a farmhand at a Long Island vineyard who works almost 60 hours a week during harvest season, supplementing his pay with landscaping jobs on the side.

Doroteo prunes and weeds crops for $15 an hour. His pay peaks at $800 a week in the summer, when the most work needs to be done. He makes less in the fall, making it tougher to send money to his three children in Guatemala. He asked that his last name not be published because of worries he might be fired for talking about his job.

But farm owners say agriculture has been exempt from overtime rules for a reason.

“There has to be some common sense about what people expect when they go to work on a farm, and that it’s quite unique from other areas of work. It’s not something that can be done 40 hours a week and have weekends off,” said Nate Chittenden, the owner of a midsize dairy farm in Stuyvesant, New York.

Besides members of his family, his farm has 10 full-time employees.

“No farm wants to see people taken advantage of. We value people working on our farms. We want to provide for them a living while they work on our farm,” said Chittenden.

In Washington state, this year saw the first harvest where farm workers could qualify for overtime pay after 55 hours worked. That threshold will drop in a phase-in that will make workers eligible for overtime after 40 hours worked by 2024.

In California, as more workers became eligible for overtime, some farms have switched to less labor-intensive crops like walnuts and almonds, which can be harvested efficiently using man-operated equipment, said Brian Little, the director of employment policy at the California Farm Bureau, which represents farmers.

He also said some growers are moving towards machines, rather than people, to do things like prune trees.