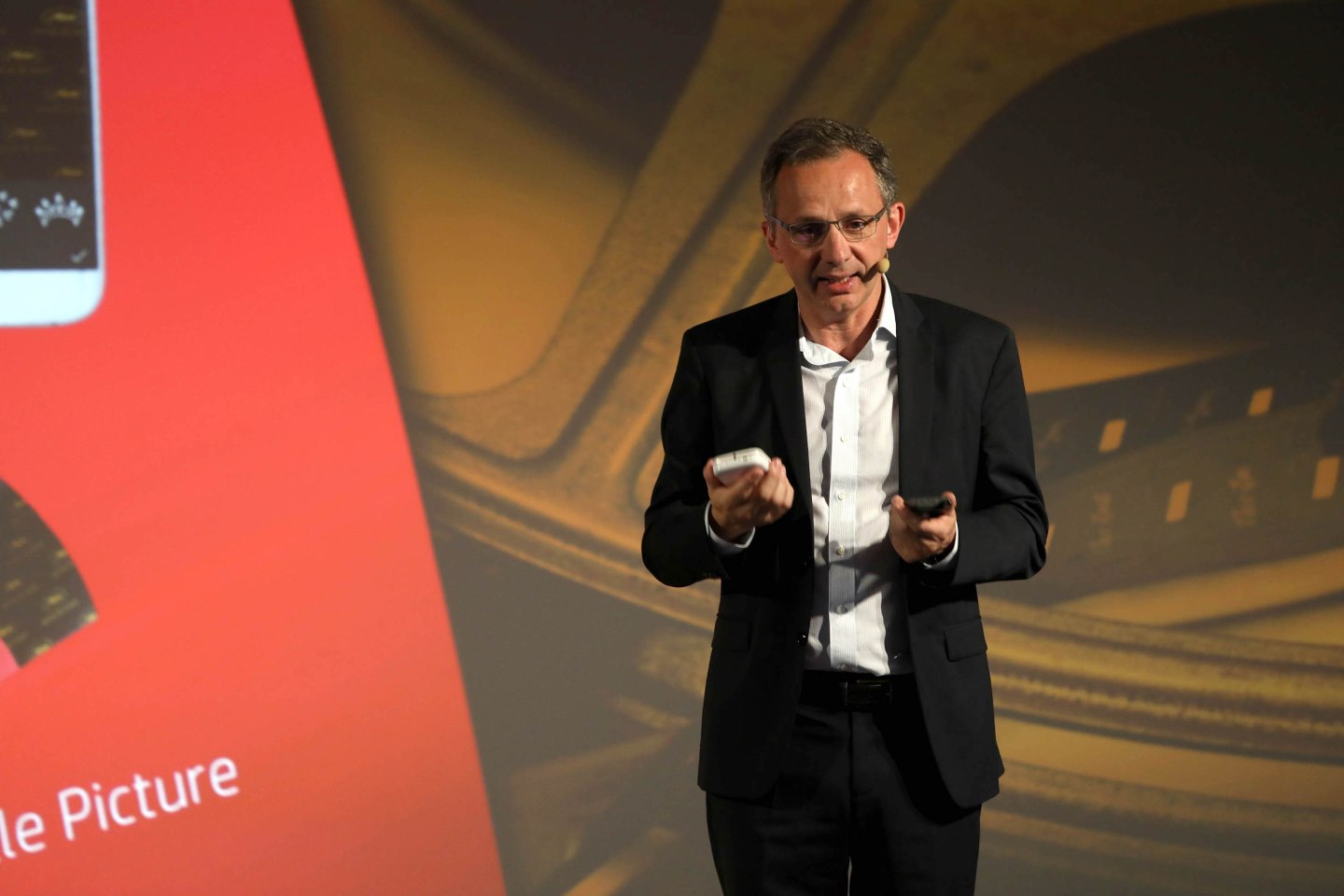 HP CEO speaks at the HP Media Day at the 70th Cannes Film Festival at Majestic Barriere on May 22, 2017 in Cannes, France.
Pierre Suu/Getty Images for HP

As companies brainstorm the most effective way to recruit and retain top talent, HP CEO Enrique Lores has one answer: implement sustainable environmental and social policies.

“Having a positive impact creates a lot of clout and is a really good way to motivate employees, but also attract top talent,” he explained at Fortune’s Global Sustainability Forum on Thursday.

The tech manufacturing giant announced a set of ambitious climate goals last year. HP aims to achieve net zero greenhouse emissions by 2040 and reach carbon neutrality and zero waste in operations by 2025. HP also has an expansive reforestation initiative; the company aims to maintain zero deforestation for HP paper and packaging and counteract deforestation for non-HP paper used in HP products by 2035.

According to Lores, over 90% of the PCS that are produced are made using recycled plastic. “All over the company we are looking at what opportunities we have to minimize environmental impact,” he explained. “It’s really creating a lot of energy with our employees and with our customers because they really want to participate in these types of initiatives,” he added.

Lores also outlined HP’s sustainability efforts beyond the company’s environmental impact. The company has “aggressive goals to improve diversity,” according to Lores. The company announced a set of diversity and inclusion goals last year, including having equal representation among women and men in HP leadership as well as meet the labor market representation for racial groups in the U.S. by 2030. Not only does HP want to be inclusive within their own operations, but they are encouraging diversity goals in the companies that HP works with as well, Lores said.

Lores also spoke to the importance of increasing access to technology globally, especially as the COVID-19 pandemic accelerated the world’s reliance on remote, digital communication. Last year, HP launched HP PATH (Partnership and Technology for Humanity), which aims to promote digital literacy and access for 150 million people by 2030.  “It’s about providing access, but it’s also about training,” Lores said. “We have a fairly comprehensive program, which we are really proud of, and we think it’s going to help us get a competitive advantage versus other companies.”

He emphasized that despite ESG backlash from conservatives framing ESG investing as so-called “woke” investing, promoting sustainable policies increases HP’s profitability and overall success as a company. The company attributed $3.5 billion in revenue to its sustainability efforts. “We are very passionate, and we are driving it forward because we think it’s the right thing to do for the world and for the company.”