Companies can’t respond to every political issue. Here’s how boards should decide when to speak up 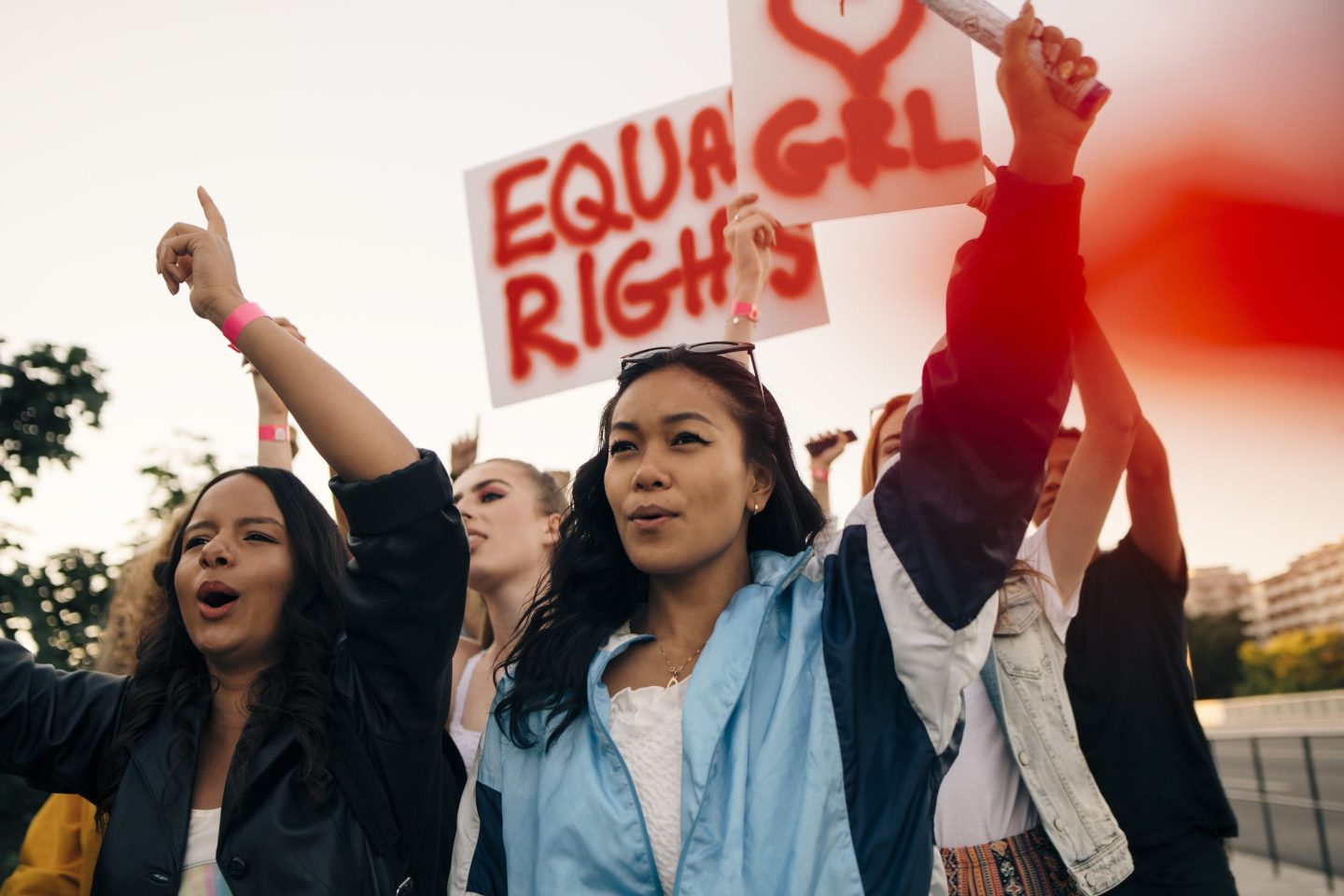 Companies are dealing with a steady stream of thorny social issues and political shocks.
Getty Images

This much is clear: Workers expect their employers to react to the political events that have a monumental impact on their lives.

No matter how much the change scares CEOs and boards, there’s no going back.

What remains murky is exactly how companies should decide which topics deserve their attention. The last two years have produced a wealth of devastating and often polarizing events: the murder of George Floyd, the Jan. 6 insurrection, Russia’s invasion of Ukraine, and the overturn of Roe v. Wade. But companies only have so many hours in a day—hours that must be balanced with the money-making, day-to-day operations.

– Know your corporate values. Be clear about what matters and communicate that, understanding you risk alienating employees who disagree.

– Consider how the issue affects all stakeholders. When Yelp came out as an early defender of abortion access, its executives first considered the firm’s communities: employees, consumers, advertising partners, business owners who rely on Yelp, the board, and investors.

– Make sure your company has credibility. Before speaking out on a topic or making pledges to take action, consider your company’s track record. Then close any gaps on your home turf. Communicating your view without taking a beat may lead to inconsistent, ad-hoc messages.

– Determine how your company is uniquely positioned to contribute. During the Black Lives Matter protests, Yelp was able to create lists of Black-owned businesses for people who wanted to support them.

– Plan ahead. Boards and executives can be proactive. U.S. midterms are around the corner, for example, but it’s already clear which hot-button issues employees and other stakeholders will be pressing employers to address.

– Be transparent. Help employees understand how and why the company made a decision.

– Gather diverse voices. “Candidly, boards are still pretty predominantly white and pretty male,” says Hagelgans. Make sure there are diverse voices thinking through these issues, particularly from an employee’s perspective.

“Too often, there is an excessive focus on standard, run-of-the-mill skills and not enough on less obvious yet critical ones. Once leaders determine what kind of superpowers are needed for their organization, they should seek out these qualities and act on finding them in prospective hires.”

👓 Read: ​​A beauty company in the U.K. appointed a new non-executive director to its board: nature. Apparently, the idea is more than a gimmick. The company supports the movement to recognize the environment’s legal rights, and a climate scholar will join the board to act as nature’s representative and spokesperson.

📺 Watch: Kara Swisher's Code 2022 interview with Tim Cook, Jony Ive, and Laurene Powell Jobs touches on care and intentionality in product development, how companies can ethically use their platforms, and leadership lessons from Steve Jobs.

📖 Bookmark: Fortune Crypto, our newest content hub, features stories about the companies and ideas driving all things blockchain. Work it into your reading rotation to stay informed about digital currencies, NFTs, Web3, and more.

Erika Nardini, CEO of Barstool Sports, stepped down from the board of the scandal-ridden WWE. The company added Michelle McKenna, former CIO for the NFL, and JoEllen Lyons Dillon, former chief legal officer and M&A lawyer, as new directors. Nike appointed two new board members: Mónica Gil, chief administrative and marketing officer of NBCUniversal Telemundo Enterprises, and Bob Swan, a partner at Andreessen Horowitz and former CEO of Intel. HPE tapped Regina Dugan, CEO of Wellcome Leap and former head of the Defence Advanced Research Projects Agency, to join its board. Allan Thygesen, who until recently ran Google’s advertising business in the Americas, will join the boardroom at DocuSign; he’s also becoming CEO. 😉

CEO departures seem to be returning to pre-pandemic levels, meaning boards have yet another challenge ahead of them: hanging on to remaining C-suite leaders.

The go-to solution is to offer bonuses for executives to stick around. But money, whether cash or equity awards with delayed vesting, isn’t a long-term solution.

Marco Pizzitola, a consultant at FW Cook, recently led research investigating the effects of retention grants. Looking at 65 large-cap U.S. companies between 2010 and 2016, he and colleagues Joe Sorrentino and Stephan Bosshard found that bonuses kept C-suite officers from leaving for an average of two years, after which attrition picked up. Bonuses at Fortune 500 firms were generous, ranging from $1 million to $4 million, he says. Still, after $2 million, “you’re really not getting much return for your money.”

Read my full story on how boards can retain the C-suite here.

- In some hybrid workplaces, CEOs have access to enclosed spaces that offer privacy—just don’t call them offices.

- Anti-ESG crusader Vivek Ramaswamy sent letters to Disney and Apple, urging the companies not to partake in political and social discourse.

- “Money should be a byproduct of profoundly valuable ideas, not the idea itself,” writes designer, activist, and entrepreneur Seth Goldenberg in this excerpt from his book, Radical Curiosity.

Fortune senior writer Phil Wahba recently interviewed Fletcher about the airline's commitment to hit net-zero emissions by 2050. Here’s a snippet of their conversation:

Fletcher: I've spent most of my career on the front end of trends and new technologies, and ultimately, what it has taught me is how to be comfortable with ambiguity, a methodology for thinking through problems that don't yet have solutions. Look at the example of electrification in the auto industry: When I started in 2005, nobody saw that as a future business model for automotive, but that is where it ended up. And now it applies to the challenge of aviation and decarbonizing it.

Read the rest here, and have a safe weekend.