A Mediterranean city just filled to the gills with young Russian men fleeing Putin’s draft. What could go wrong? 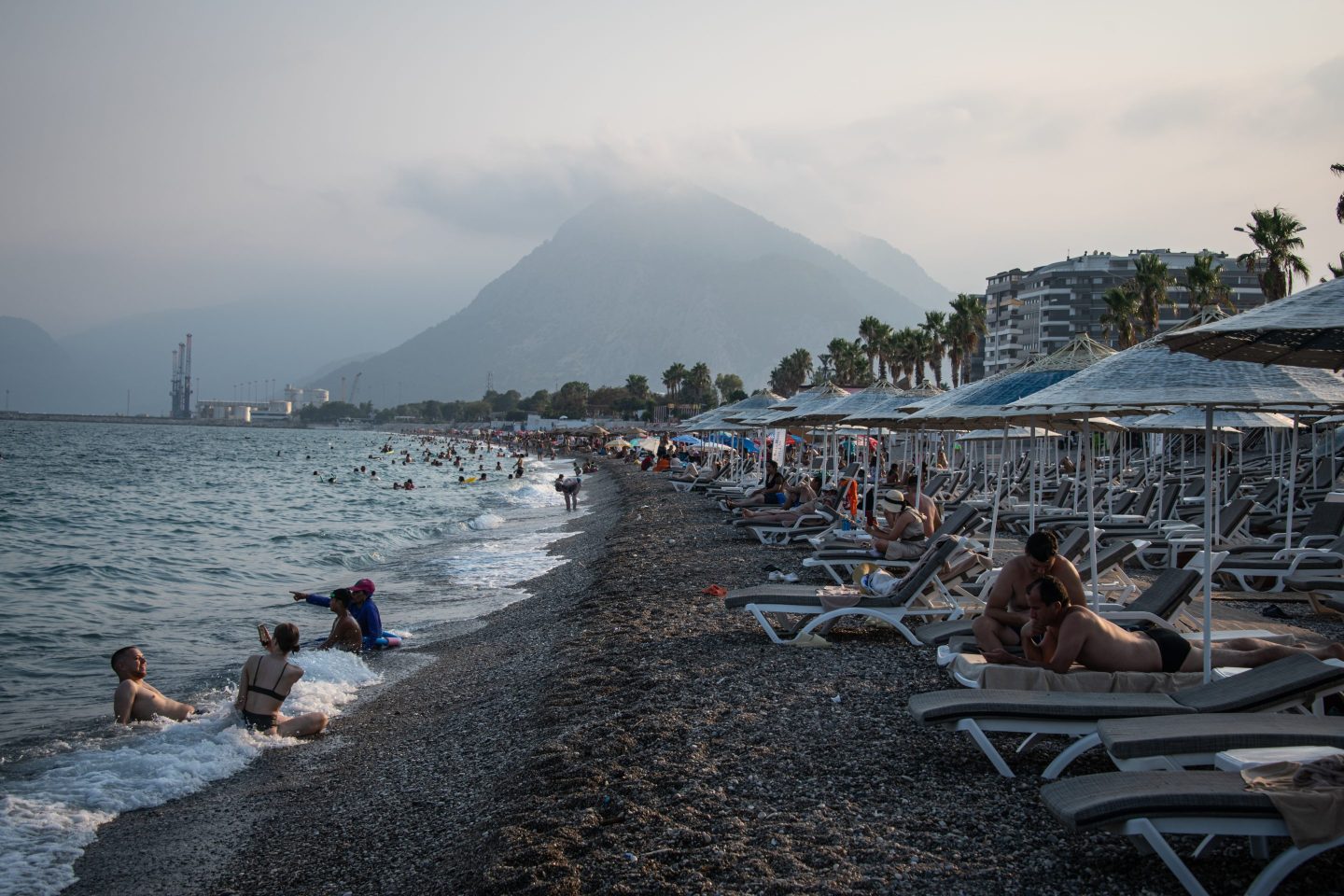 The picturesque Mediterranean city of Antalya, Turkey, is seeing a flood of Russian tourists just in time for Putin’s draft.

After Vladimir Putin announced the mobilization of 300,000 reservists to fight in Russia’s war against Ukraine, prices for international flights departing from Russia skyrocketed, and nearly every flight leaving Moscow or St. Petersburg was completely sold out through the weekend, according to real-time aircraft tracker Flightradar24.

With holiday destinations outside Russia limited due to the EU closing its airspace to Russian planes (and the reciprocal Russian ban on EU planes in their airspace), Antalya, the Mediterranean resort city on the southern coast of Turkey, has become an increasingly popular destination spot for military-age men from Russia.

While Antalya has always been a popular holiday destination for Russian tourists, flights to the city from Russia have steadily increased since the start of the Ukraine war and peaked at 543 flights in the final week of August. Overall, Turkish destinations account for a large fraction of the flights departing from Russia since the war broke out—making up a quarter of the 75,000 international flights that departed from the country since February.

Turkish news channel NTV reported that prices of flights from Russia to Antalya cost up to 70,000 Turkish Lira ($3,804) and that some Russian citizens scheduled to depart from the airport since the partial mobilization was announced have canceled their flights home.

Antalya tourism companies have not encouraged this behavior, announcing that they would refund tour packages and flight tickets for those eligible for military services, if the tickets were bought before Sept. 21. The news also attracted criticism from Turkey’s ultra-right-wing Victory Party, with its chairman Ümit Özdağ tweeting “Russian immigration has to be controlled.”

After Putin announced he was calling for partial mobilization of reservists in the country, the number of searches for “how to leave Russia” (“как уехать из россии“) on Google soared.

Reports emerged late on Wednesday that airlines have been instructed not to sell any more tickets to men of military age without evidence of approval to travel from the Russian Ministry of Defense.

Weakening ties between Putin and Erdogan

Although Turkey denounced Russia’s invasion of Ukraine at the start of the war, calling it “unjust and unlawful,” the country still enjoys strong ties with Moscow and has not joined the U.S., U.K., and EU in imposing sanctions on Moscow.

Turkey has also been a mediator in the discussions between the West and Russia, playing a crucial role in a deal to export grain siloed in Ukraine and taking in thousands of Ukrainian refugees.

But the relationship between Turkey’s president Recep Tayyip Erdoğan and Vladimir Putin may have taken a hit in recent days after Erdoğan appeared to have been blindsided by Russia’s mobilization of more troops to fight the war in Ukraine. Days before Putin announced the mobilization, Erdoğan went on U.S.’s PBS network and said Putin might be ready to end the war early.

“He is actually showing he is willing to end this as soon as possible. That was my impression because the way things are going is quite problematic,” Erdoğan told PBS.

However, after Russia moved to mobilize forces and to set up referendum votes in Moscow-occupied territories, Erdoğan issued a sharp rebuke that the votes will not be recognized by the international community. He wrote in a statement that such a move would “complicate efforts to revitalize the diplomatic process and deepen instability.”

“We renew our support to Ukraine’s territorial integrity, independence, and sovereignty, which we have been emphasizing since the illegal annexation of Crimea in 2014, and reiterate our readiness to extend all necessary support to resolve the ongoing war…through peaceful negotiations,” Erdoğan wrote.

Turkey is also suffering secondary effects from the growing sanctions on Russia. The U.S. Treasury Department last week sanctioned executives from Russian card payment system Mir and warned third-party facilitators that they might be subjected to similar sanctions over concerns relating to illicit trade and funds.

As a result, two Turkish banks, Isbank and Denizbank, stopped administering payments over the system, with Erdoğan calling the U.S. decision out of the ordinary.