A small note on top of Queen Elizabeth’s coffin caught viewers’ eyes. Here’s what it said 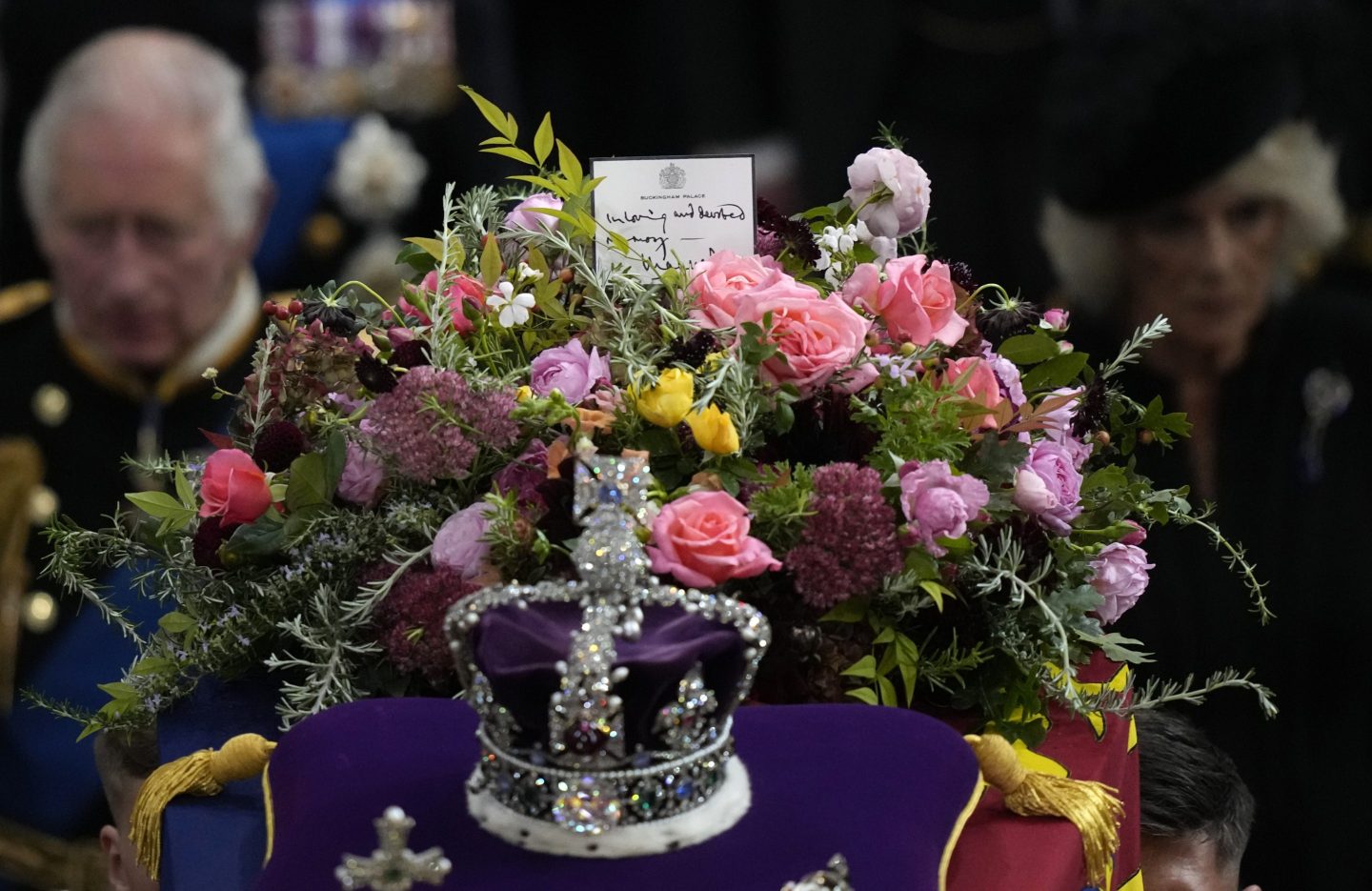 The funeral of Queen Elizabeth II was a spectacle that seemed made for high-definition television, but even owners of the highest-quality TV sets were unable to make out the note on top of the casket of the world’s longest-reigning monarch.

The note, it turns out, was a handwritten message from King Charles III. Sitting atop a wreath that contained flowers cut from the gardens of Buckingham Palace, Clarence House, and Highgrove House, the note was a final farewell from a son to his mother.

“In loving and devoted memory. Charles R,” it read. The “R” refers to “Rex,” the Latin word for king.

Elizabeth, during her reign, would often sign official communications as “Elizabeth R” (“Regina” is Latin for Queen).

There’s a history of the notes atop royal caskets. Elizabeth left one atop the flowers when Prince Philip was buried, signing it Lilibet.

Also sitting on top of Elizabeth’s casket were the Imperial State Crown, which contains a 317.4-carat diamond, along with four rubies, 11 emeralds, 17 sapphires, 269 pearls, and more than 2,500 smaller diamonds; as well as an orb and scepter.

As of 10:45 a.m. ET, the Queen’s coffin was nearing Windsor Castle and St. George’s Chapel. Once it arrives, a committal service will be held with 800 in attendance, mostly the Queen’s personal staff and people who worked on her estates. The Queen’s coffin will be lowered into the royal vault at this time. This evening, there will be a private burial service, when Elizabeth is interred next to her husband, Prince Phillip; her sister, Princess Margaret; and her parents.

The funeral is expected to be ranked as the most watched live broadcast in history, with an estimated 4.1 billion viewers around the world, 64% more than watched Diana’s funeral in 1997.