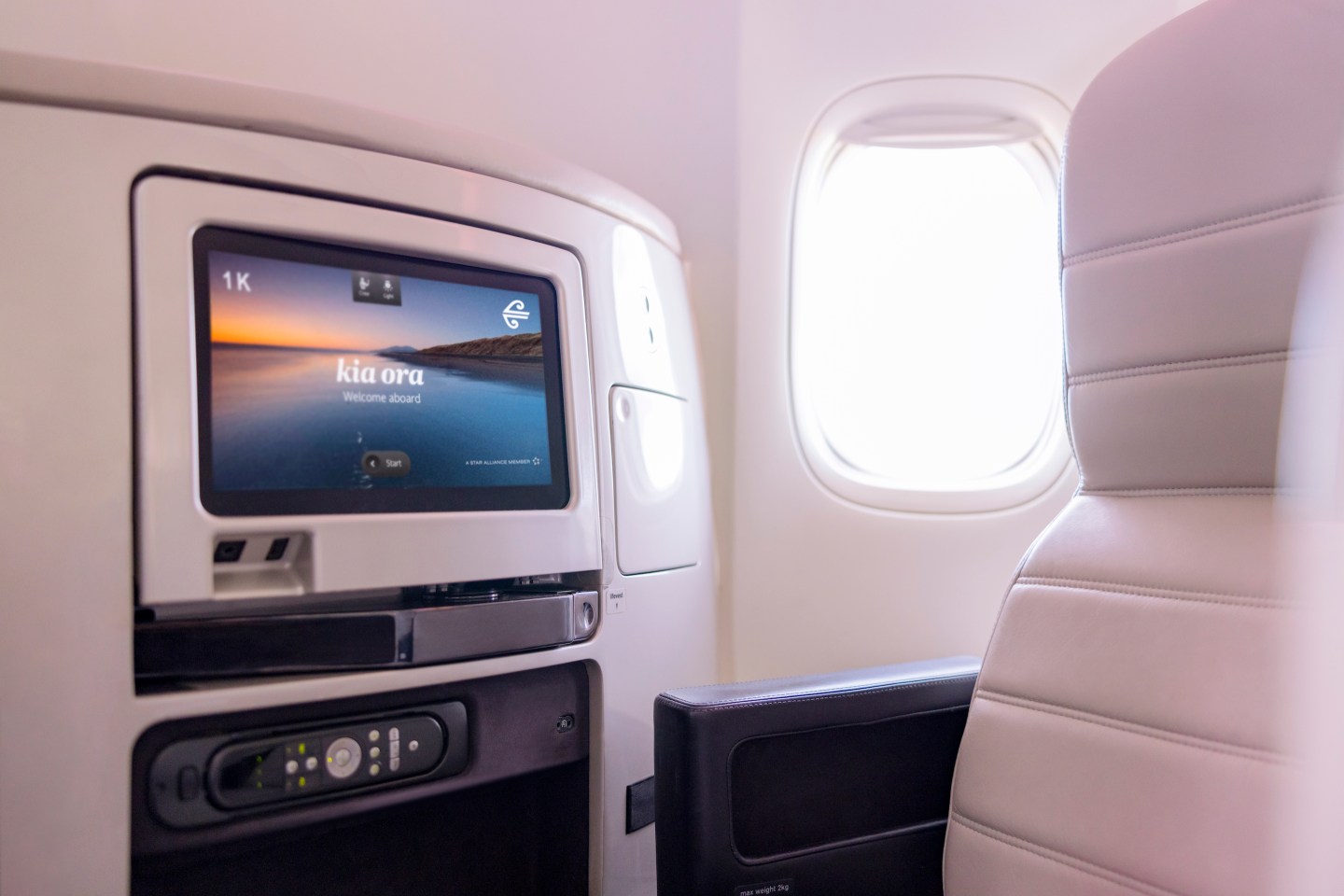 A glance at traveling as comfortably as possible on one of the longest nonstop commercial flights on earth.
Courtesy of Air New Zealand

After instituting one of the strictest COVID lockdowns worldwide, New Zealand reopened its borders to non-citizens wishing to visit for nonessential travel earlier this year, and the country’s flagship carrier has been gearing up to bring eager tourists over.

Among the airline’s biggest launches is a new nonstop route between Auckland and New York City’s John F. Kennedy International Airport, operating three times per week. This is the first-ever nonstop flight between New York and New Zealand, as well as from the East Coast to the South Pacific. At 17 hours and 35 minutes, the southbound route is the fourth longest nonstop commercial flight worldwide.

To endure a flight that long, business class has never looked more attractive.

Enjoy one of the longest lie-flat beds in the sky.
Courtesy of Air New Zealand

The Dreamliner, for example, has 27 seats in business class, 33 in premium economy, 215 in economy, and 13 economy “Skycouches,” which are described as economy seats that convert into couches after takeoff for a more comfortable overnight flight.

Even before boarding, Business premier passengers are eligible for exclusive services with their fare, including premium check-in, post-security lounge access, and priority baggage. Passengers can bring two carry-on pieces of luggage (one of which can be a personal item such as a purse, backpack, or briefcase) and three pieces of checked luggage (up to 50 pounds each).

On board, passengers are welcomed with a personalized inflight service and an amenity kit with deluxe toiletries.

Each Business Premier cabin seat (22-inches wide) transforms into a lie-flat bed (six-foot, 7.5-inches) with a memory foam mattress, and passengers are supplied with a duvet and two full-size pillows—dubbed “NASA” pillows as they use technology originally developed for astronauts to help regulate their temperature. The pillow absorbs the heat as the skin gets hot, and as the skin cools the heat is released.

There’s also an ottoman footrest that doubles as guest seating, and all lie-flat beds have direct aisle access.

There’s also an ottoman footrest that doubles as guest seating. And all lie-flat beds have direct aisle access.
Courtesy of Air New Zealand

For many travelers, it can be difficult to sleep on a flight of any length. But trying to manage sleep on a flight spanning the better part of a day is a whole other challenge. Air New Zealand says it prioritizes trying to establish a sense of calm for its passengers, from the lighting to the meal service to the fabrics and materials chosen for its seating. In this regard, the airline provides sleepy teas and balms and even meditative onscreen content (“Zentertainment”) to help viewers wind down.

The Business Premier cabin on the Boeing 777-300ER features a luxurious leather armchair at 22-inches wide that converts into a six-foot, 7.5-inch bed.(2m) bed.
Courtesy of Air New Zealand

Officially launching in October, Air New Zealand is overhauling its inflight menu, with a sneak preview available on its first flights between New York City and Auckland starting in September.

To keep up with changing food trends, Air New Zealand says it changes the menu three times per year on long-haul flights, with more frequent changes on its Australia and Pacific Island routes.

The airline’s new Business Premier menu was designed to showcase the best of Aotearoa (the Māori name for New Zealand), with dishes featuring local ingredients and products such as Southland lamb prosciutto, Hawke’s Bay extra virgin olive oil, mānuka smoked free-range chicken from the Waikato, seared salmon from Marlborough, fresh salads with vegetables picked straight from orchards and fields in Gisborne, Waikato, or the Manawatū regions.

There are also a number of vegetarian options, including an artisan pasta bowl and superfood salad. And before descent, passengers will be treated to a New Zealand brunch-style breakfast.