Women are reentering the workplace, but employers will have to do more for them to stick around 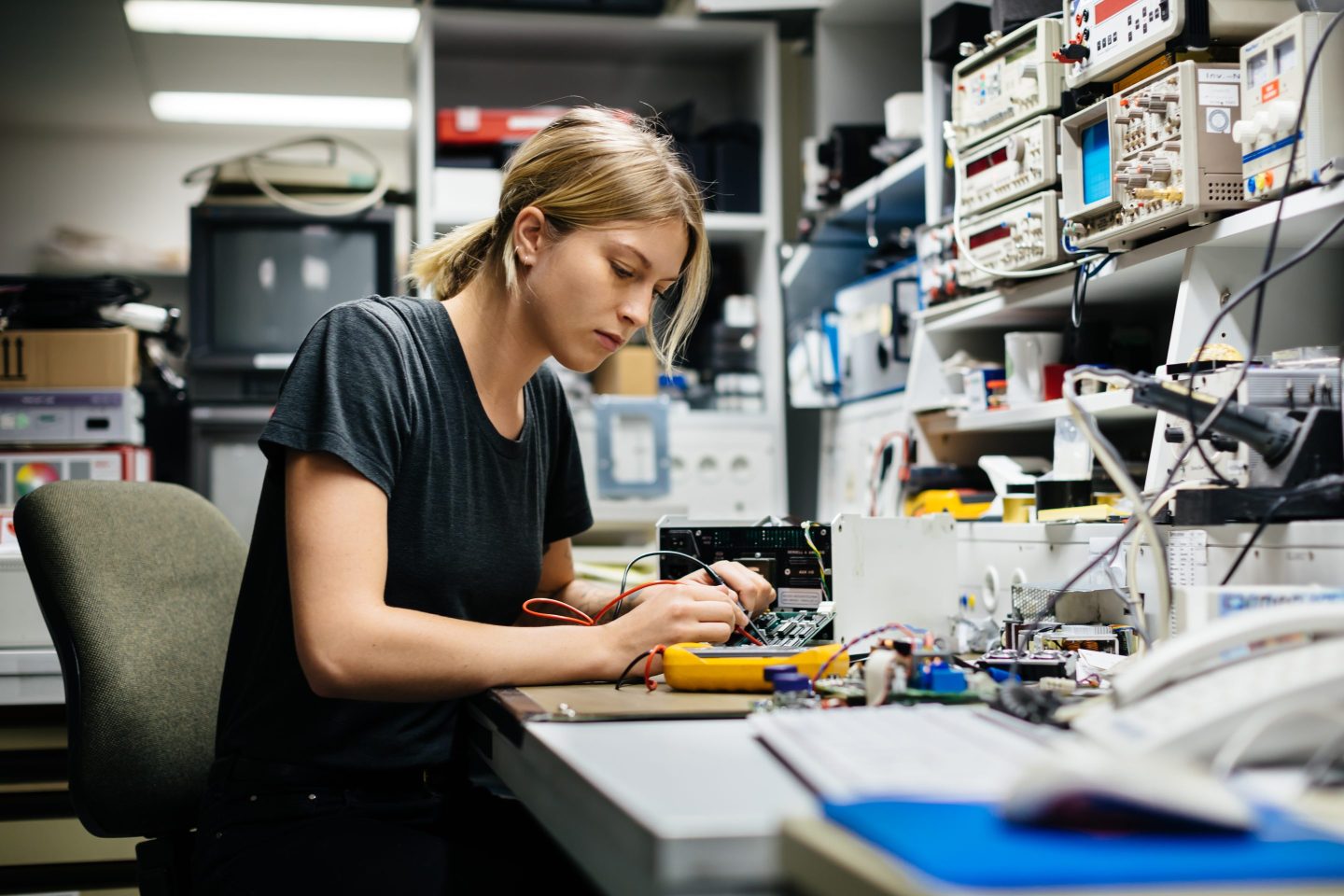 Good morning, Broadsheet readers! This is Amber Burton, author of CHRO Daily, filling in for Emma. R. Kelly is convicted of six sex crime charges, Cardi B donates $100,000 to her middle school, and employers must focus on retention as more women return to the workforce.

– Reasons to stay. Last month, U.S. women saw a major gain in labor force participation, with the proportion of women in the workforce between the ages of 25 and 54 finally rising to a pre-pandemic level of almost 75%. For employers looking to fill the stubborn talent gap while making strides on gender representation goals, this news might be cause for celebration. But researchers say such celebration is premature if structures aren’t put in place to ensure women stay in the workforce.

It’s clear that employers still have a long way to go in meeting the basic needs of their female employees. Fewer than 30% of women say they feel included in the workplace, according to a recent report from Bain & Company. This poses a major retention risk, considering a lack of belonging is one of the top reasons employees say they’d leave a company.

Women are also still largely shut out of some of today’s most in-demand and lucrative jobs. They currently hold just 25% of all U.S. computing jobs and 13% of engineering jobs. But representation is just one aspect. There’s also retention.

For Bianca Bax, an expert partner at Bain, inclusion is at the crux of retaining women. “You can recruit as diverse as you want, and you will find people, but the big question is, will you keep them?” she says. “Inclusion matters for people to stay longer, be more productive, and be more of a promoter of your company, which we know has a direct link to business growth.”

Bax spoke with Fortune about the inclusive structures leaders can put in place to help ensure progress on gender equity. Read her recommendations and the full story in CHRO Daily.

- Another conviction. R. Kelly was found guilty on Wednesday on six of 13 charges for sex crimes, including coercing minors into sexual activity and producing three videos depicting child sexual abuse. Kelly and two codefendants were acquitted of obstruction charges for attempting to recover and hide incriminating videotapes. New York Times

- Better future. Cardi B donated $100,000 to her Bronx middle school’s art department, as part of a series of visits scheduled by New York’s Community Capacity Development group. The rapper, who has been vocal about the detrimental impact of inflation and housing affordability on working-class Americans, said she hopes the financial assistance will provide students with the resources needed to make better decisions for their future. Fortune

- Slow growth. Women now lead 43% of the nearly 150 Jewish federations, nonprofit organizations that support Jewish communities across the U.S. and Canada. But women are still absent from organizations in large cities and control only a quarter of the federations’ total assets. Forward

- Deferred sentence. An Iowa teenager was sentenced to five years probation on Tuesday and ordered to pay $150,000 in reparations to the family of a now-deceased man accused of raping her. Pieper Lewis, 17, was charged with first-degree murder after she stabbed 37-year-old Zachary Brooks more than 30 times in 2020. Lewis says Brooks was one of many men she was trafficked to for sex by a 28-year-old man who took her in as a runaway. Essence

“It’s daunting. No one will ever be able to fill his shoes.”