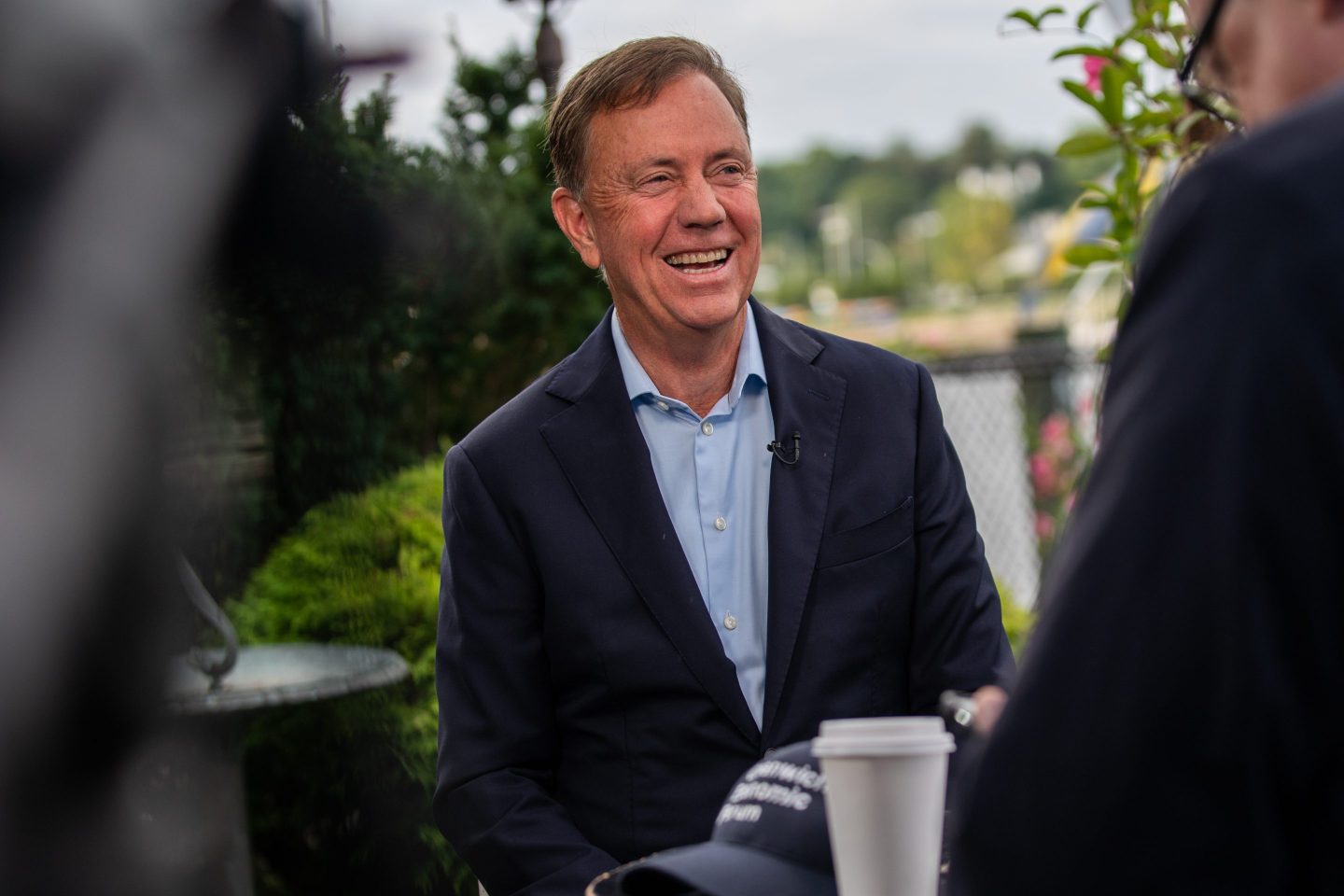 About 50,000 people who left New York City for Connecticut during the pandemic are staying put despite calls by big banks and other Manhattan employers to bring workers back to the office, says Governor Ned Lamont.

At least for now, there’s been no sign of a major exodus of transplants from the state, Lamont said in an interview with Bloomberg News on Monday. The 50,000 estimate is based on data from the U.S. Postal Service.

“Their kids are registered in schools. They’re buying houses,” he said.

Changes in how people work during the pandemic has had big tax implications for places that became hubs of remote work, like Connecticut.

People who used to commute five days a week are now increasingly working from their Connecticut homes or satellite offices, which means more money spent in local restaurants and coffeeshops. But that also means Connecticut residents working remotely for New York companies are still on hook to pay taxes to New York City and state—an issue New Jersey Governor Phil Murphy has been fighting to change.

“It’s getting complicated where people’s offices are these days,” Lamont said. “Whatever happened to the three-martini lunch?”

Unlike New Jersey, though, Lamont says Connecticut won’t be declaring war on New York or changing its tax policy.

“I’m more collaborative, but I would like to talk about it” with officials like New York Governor Kathy Hochul and New York City Mayor Eric Adams, Lamont said.

“You sneeze, we catch a cold, no question about it,” Lamont said, calling the two states “frenemies.” “Commuting is not what it was, say, three or five years ago, but still very impactful.”

Connecticut projected a 15% reduction in its capital gains tax revenue for this fiscal year. Those declines have been counteracted by stronger sales taxes, said Lamont, who is running for re-election this November in the solidly Democratic state.

“Overall our revenues right now are right on track and up from last year, in part because of sales tax,” he said. The state’s economy isn’t immune to an economic downturn, but the stability provided by the defense industry there means “it’ll be a different type of recession.”

While the state has been pushing through a middle-class tax cut, he has shied away from bigger permanent reductions, instead choosing to pay down almost $6 billion in unfunded pension liabilities. That applies to corporate tax breaks as well, which Lamont says no longer make sense. “That was a fool’s errand,” he said of big corporate incentives.

“This state has gone from boom to bust for the last 20 years,” he said. “Right now most people think Connecticut’s in a much better place today than we were five years ago.”

Pandemic stimulus funds have also helped Connecticut expand programs like childcare and workforce development—though that money will run out over the next 2 ½ years and the state will have to figure out how to fund those programs going forward. Lamont said he will “fund those things that are working, but I’m not going to fund the things that aren’t.”