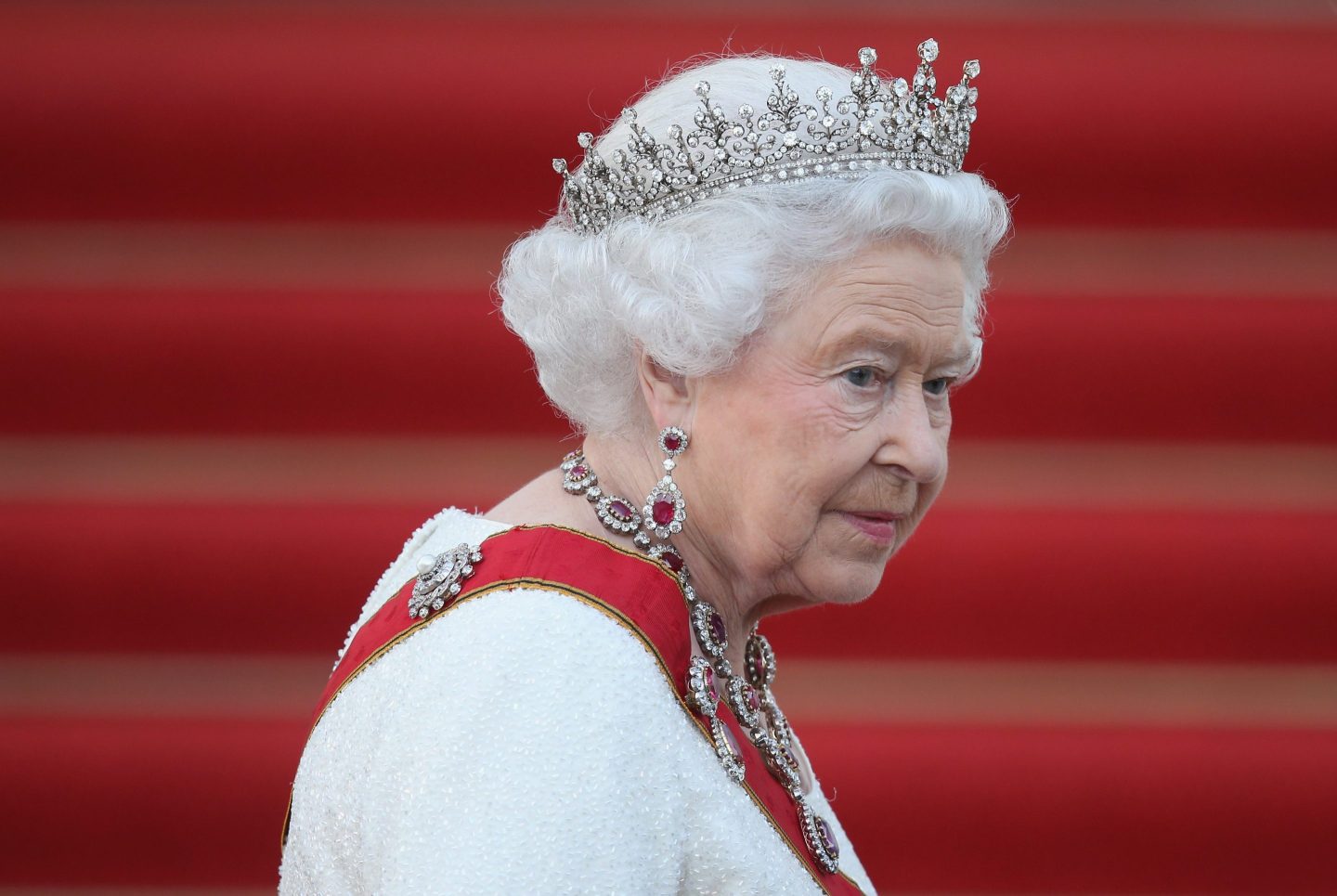 Thousands of NFT tokens and meme cryptocurrencies flooded the market trying to cash in on the Queen’s death.
Sean Gallup—Getty Images

Moments after the death of Queen Elizabeth II was announced by Buckingham Palace, crypto gamblers, NFT hawkers, and Web3 enthusiasts quickly moved to cash in on the world’s attention.

Shortly following the official announcement of her passing around 6:30 p.m. in London, OpenSea and crypto exchanges were flooded with thousands of newly minted Queen-themed non-fungible token (NFT) artworks and a sea of Queen-related cryptocurrencies.

The NFTs listed on OpenSea for auction included digital stamps with the Queen’s profile, photographs of the Queen, and pixelized Queen artwork with beaming red eyes. Meanwhile, more than 40 new cryptocurrency tokens were launched on decentralized exchanges on the BNB Smart Chain and Ethereum under names like Queen Elizabeth Inu, Save the Queen, QueenDoge, London Bridge is Down, and RIP Queen Elizabeth.

The Queen Elizabeth Inu token on BSC-based PancakeSwap had the most significant valuation gain over the past 24 hours, according to Cointelegraph, with a 28,506% surge. Meanwhile, the Elizabeth token saw a similar jump, although not quite as meteoric, up 8,442% with $2.7 million worth of trading volume in just under 12 hours.

The Queen Elizabeth Inu and Elizabeth coins have only around $17,000 and $204,000 worth of liquidity behind them, according to Cointelegraph, suggesting they may lack financial backing or be the subject of a pump-and-dump scheme.

Within hours of the queens death, the RIP Queen Elizabeth project went on sale on OpenSea with 520 NFTs in the collection, while the RIP The Queen Official generated 8,000 digital artworks, each unique with different algorithmically generated mouths, eyes, and backgrounds.

One of the most notable Queen Elizabeth NFT projects is QueenE, which was first launched in early July by Web3 builder Fabio Sevá and the pseudonymous mladen.eth. It was designed to launch algorithmically generated NFT pieces of the Queen for the rest of her life.

After the queen’s death was announced, the project said that its current 73rd QueenE NFT auction would be its last. They teased another future “Gen2” collection but revealed no other details.

On the site of the NFT auction, the project creators wrote a eulogy to the queen, calling her “a strong woman, faced with a power and position that she never desired, but took in the hands and wielded with grace and fairness.” The final QueenE Gen1 NFT sold for 2.730 ETH, or about $4,623, according to exchange-rates.com, making it the highest price anyone has made for a piece in the collection.

However, shortly after closing the final Gen1 auction and promising not to launch any more NFTs in the collection, the QueenE creators launched one more at 4:30 a.m. ET—an NFT of the queen as a pixelated skeleton. The piece is currently priced at 0.05 ETH.

People were quick to hit back at the Web3 community for its lack of taste surrounding the Queen’s death.

Another user named Spooky9999999 called out crypto owners for minting the new coins, writing “insensitive crypto greed strikes again.” Meanwhile, others joked about the future of the new coins. “ElizabethMoonCorgiRocketCoin is the future world currency. Central bankers shivering as we speak,” Chuckolater comments.