How forward-looking modern boards are using tech to work better 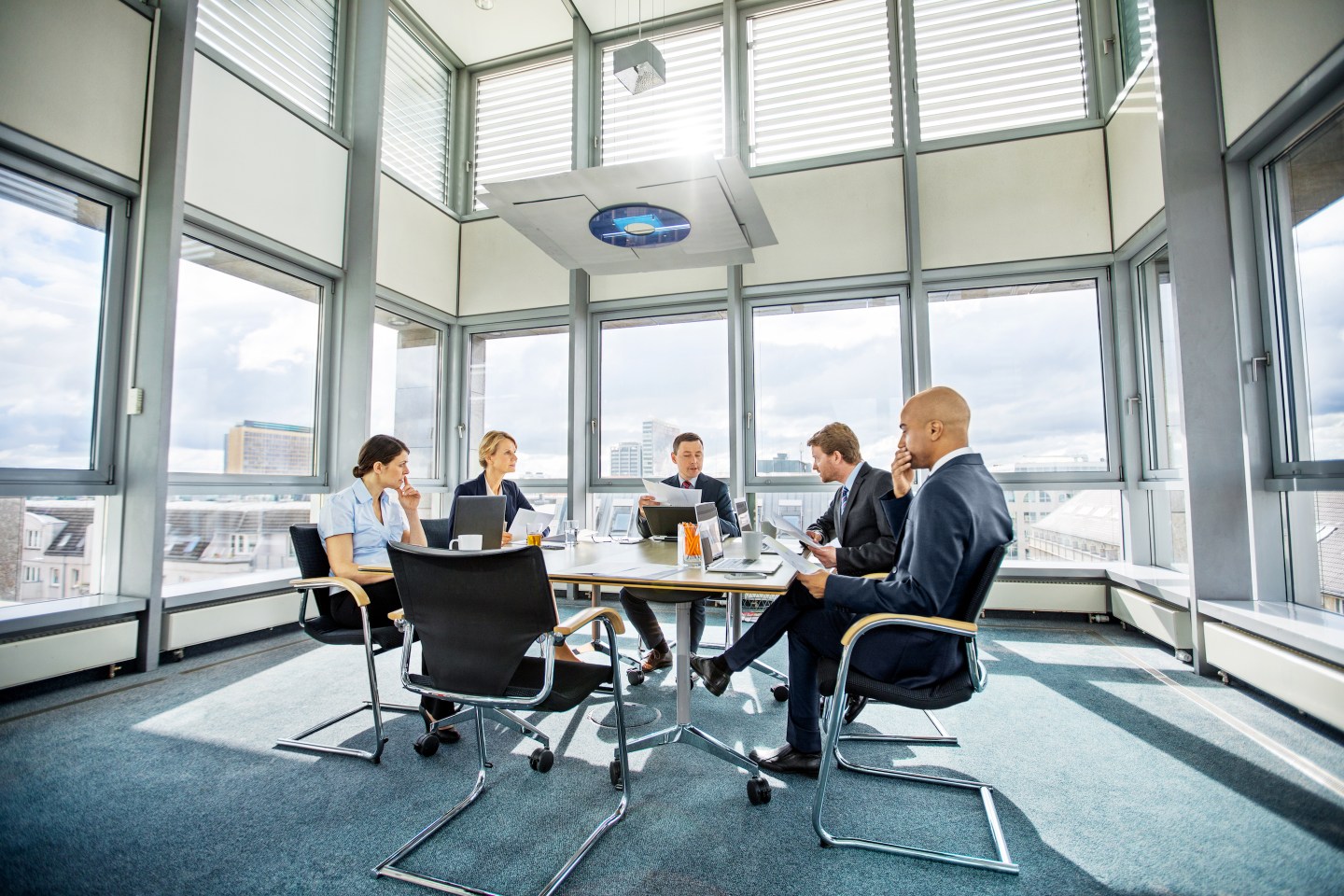 The pandemic hastened the adoption of technology for many modern boards, but it’s an issue that’s been at play long before “COVID” entered the vernacular.
Getty Images

Early on in the pandemic, Debra Everitt McCormack was getting calls from board members frantic about how to join their conference calls by video.

“I had one of them text me straight away and say, ‘Debbie, I need your help with this Zoom thing,’ because they had never used it before,” says Everitt McCormack, the global board effectiveness and sustainability lead with Accenture. “They were traditionally using a phone, so when they had a meeting that was not in person, that meant that it was via a conference call, not via a video call. And so transitioning to the video calls was not easy.”

Two years later, we still forget to mute ourselves. But board members at least have largely moved away from the up-nose shots on their cameras into the phase of perfectly staged video backdrops without the mishaps of stuck cat-face filters.

In many ways, the pandemic hastened the adoption of technology for many modern boards, but it’s an issue that’s been at play long before “COVID” entered the vernacular, and it’s a space many boards are still tackling.

Everitt McCormack cowrote a paper in 2019 looking at how boards needed to implement tech. These days, she says, there are three things a board needs to consider: whether board members have the skills necessary to use that technology; how they’re addressing risks such as cyber risks with that technology; and how board members are being educated on the new technologies.

“It’s imperative that organizations…are demystifying the technology being used and the related challenges around that,” she says.

Before there was Zoom there were software companies like OnBoard. Launched in 2003, the platform aimed to help boards run more effective meetings. Since the pandemic started, business has been booming.

“While the world was upside down in 2020, we were seeing the exact opposite of that,” says OnBoard CEO Paroon Chadha. “While it was hard to hire the right people and expand rapidly, we nearly tripled the size of the company in the last two and half years.”

Chadha explains that the software helps board members coordinate outside meetings for a more efficient meeting when the time comes.

The platform allows users to share meeting agendas and minutes and even has ways to track the time spent on each item to prevent meetings from running over. The technology is relatively easy to use, Chadha affirms, and most companies have internal systems for training their board members on it. Those who use the software report receiving their agendas three days sooner than in the past, on average.

“Because of COVID people are more comfortable sharing information digitally, and because the information is easier to share, board books have increased in size,” he says. Chadha believes the pandemic has spurred this adoption of technology.

“That will be the lasting legacy of COVID,” he said. “And because we’re digital, this will—in a very meaningful way—give us a chance to be more diverse and more inclusive.”

Everitt McCormack points to two statistics from Spencer Stuart in its board governance trends report, showing how board members are using technology today. The first showed that as of 2021, the average age of an independent director was 63.

“Individuals at that age did not start their careers using a lot of technology,” Everitt McCormack says. The same report showed that just 15% of new independent directors had tech backgrounds. “If the other 85% were not on videoconference calls in the past and now had to be, it would be like those board members calling and saying, ‘I need help with this.’”

As more boards embrace technology, there could be an opening for others with inherent tech skills, perhaps younger staffers overall, to step up and fill the void.

But as both Everitt McCormack and Chadha point out, board turnover is low and slow. In some ways, perhaps indirectly, software such as OnBoard can level the playing field for up-and-coming board leaders to enter the ring. According to Spencer Stuart, board turnover sits at a rate of just 8% a year as of 2021.

Chadha points out that platforms such as his eliminate some of the barriers for board members who might otherwise be easily overlooked and interrupted. It doesn’t matter whether you’re sitting at the head of the table or in a corner with standing room only.

“That’s no longer a problem because on Zoom, three people can’t talk because then nobody can listen,” he notes. “No matter where you sit, we’re all in the same digital, virtual room now.”

Chadha says this aspect of his platform can help as boards which are looking to increase diversity consider looking more at a candidate’s skills than their C-level experience.

“You’re tapping on a very non-diverse pool first of all, when you actually bring people up from the C-level,” he says. “You will have to step out or you will have to draw up some of this talent.”

Technology has helped the same boards map their goals in more meaningful ways, which has been especially helpful as Fortune 500 companies zero in on their environmental, social, and governance (ESG) milestones.

When the leaders at American Electric Power (AEP) learned about a software called Datamaran, they saw it as a way of getting a broader view of the ESG landscape as they made better-informed decisions about their own goals.

“Datamaran gave us the worldview we needed to understand emerging issues and trends, including new regulations in the pipeline that could directly or indirectly affect AEP,” said Sandy Nessing, vice president and chief sustainability officer at AEP.

Nessing said the platform helps AEP monitor their ESG goals in real time and helps predict how national politics, consumer habits, natural disasters, and the like will play a role in their outcomes. Since commencing to use the platform, AEP has developed a human rights policy.

“Human rights used to be thought of as an issue that only happened in underdeveloped countries far away. So why was it showing up as an emerging issue for AEP?” Nessing says, adding AEP’s ESG social scores and risk ratings improved after implementation.  “A combination of data, benchmarking, and other research—including of our own policies—showed us why it was worth addressing human rights directly. Ultimately, we developed a human rights policy that builds upon the practices, policies, and legal obligations we already had in place.”

Marjella Lecourt-Alma, CEO and cofounder of Datamaran, says the platform helps companies anticipate how global happenings will affect them.

“The software doesn’t replace the act of making the decision, but the software helps them have the information they need to confidently move in a given direction,” she says. “And that’s what our clients like—that they have that foresight and can anticipate what is becoming more and more relevant; that they can check out [where] their competitors are at.”

Datamaran also combs publicly available sources to provide clients a look at competitors and how they’re tracking and meeting ESG goals. While many companies rushed to establish ESG goals and metrics, they didn’t take time to track and monitor the data in a comprehensive way. That’s where Datamaran can help, by eliminating the need for each client to be a data scientist, Lecourt-Alma says.

In short, Everitt McCormack says the most successful boards will be able to leverage technology for the offensive.

“When technology-driven disruptions occur, like the pandemic, companies need board members who understand the challenge and can see around the corner to be not reactive, but proactive,” she says. “That’s what’s going to be helping the companies regarding their technology and cyber and sustainability and ESG going forward.”