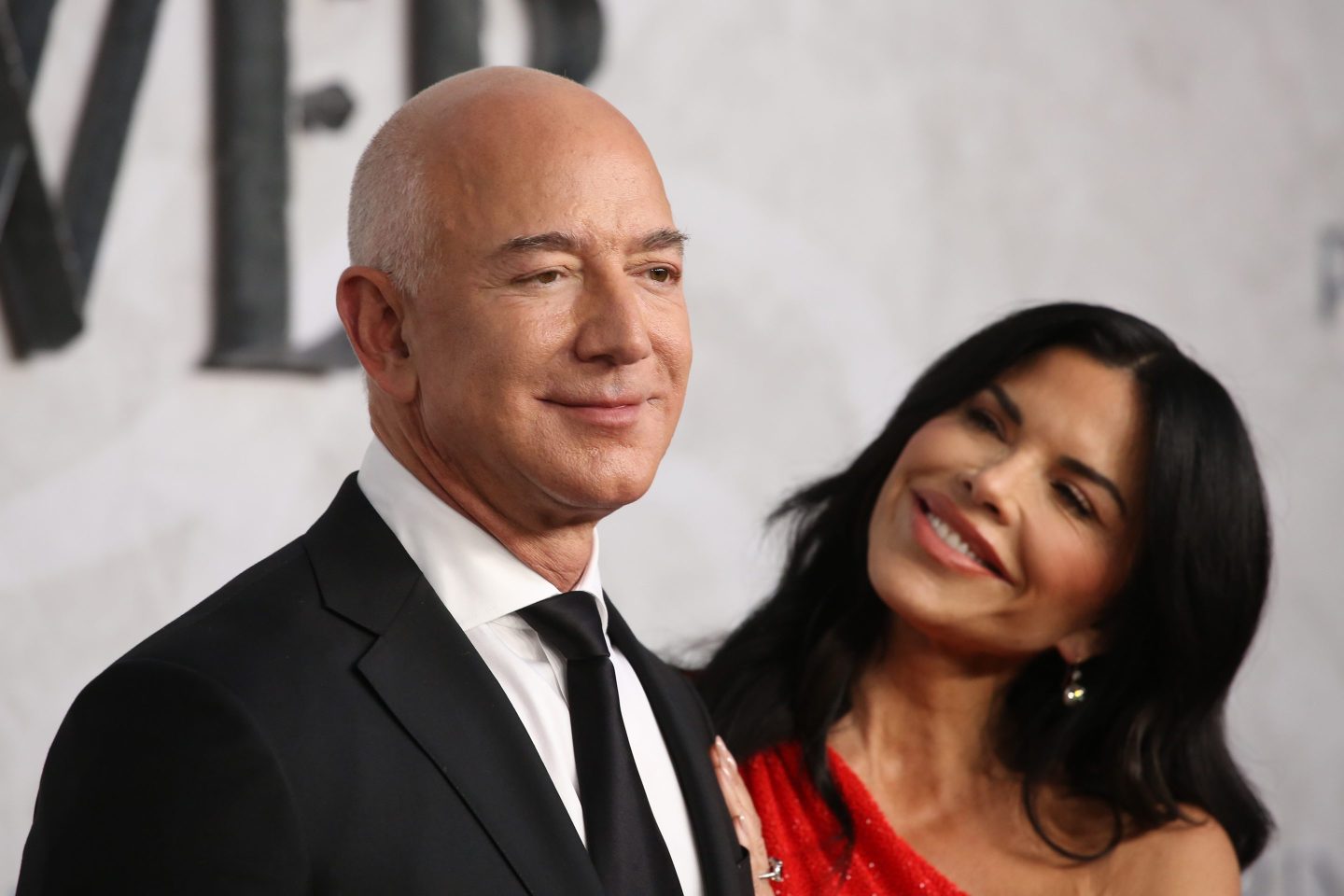 Jeff Bezos and Lauren Sánchez attend "The Lord Of The Rings: The Rings Of Power" world premiere.
Lia Toby—Getty Images

Amazon founder Jeff Bezos jumped to the defense of late Queen Elizabeth II as criticism mounted over her culpability in the subjugation of nations from all over the world.

An outpouring of support flooding in from the West reopened deep wounds among those whose homelands had been scarred by British colonialism.

Calls that the West was sanitizing her role in history culminated in a rebuke by Uju Anya, a linguistics professor of ethnic Igbo descent, who denounced the Queen as part of a “thieving raping genocidal empire” and wished her ill.

Bezos responded directly to her post, which has since been deleted by Twitter for violating its rules: “This is someone supposedly working to make the world better? I don’t think so.”

Bezos also paid his only separate tribute to the Queen—along with a host of other business leaders—commenting on a tweet from former Prime Minister Gordon Brown.

Hours later Anya responded to the controversy that Bezos picked up on.

“If anyone expected me to express anything but disdain for the monarch who supervises a government that sponsored the genocide that massacred and displaced half my family and the consequences of which those alive today are still trying to overcome, you can keep wishing upon a star,” she added.

Contacted by the UK’s Daily Mail, Anya’s employer, Pittsburgh’s renowned Carnegie Mellon University, told the publication it did “not condone the offensive and objectionable messages.”

‘Mourn the Queen, not her legacy’

Even though Elizabeth assumed the throne in 1952 and presided over a period of gradual decolonialization, she continued to serve as the titular head of state for many in the Commonwealth, a free group of nations that originally shared a common history under British control.

Harvard University history professor Maya Jasanoff urged people to therefore mourn the Queen, but not her imperial legacy with its roots in a “racist and paternalistic conception of British rule as a form of tutelage,” she argued in a column.

“We may never learn what the queen did or did not know about the crimes committed in her name,” wrote Jasanoff in the New York Times.

“Colonial officials destroyed many records that, according to a dispatch from the secretary of state for the colonies, ‘might embarrass Her Majesty’s government’ and deliberately concealed others in a secret archive whose existence was revealed only in 2011.”

For many in the U.K. at least, the Queen remained a unifying figure through thick and thin, embodying the British stiff upper lip and devotion to duty that carried them through the deprivations of the Second World War.

Her loss is the latest blow for a state struggling to find its post-Brexit place in the global order while fending off nascent internal movements that threaten England’s century-old union with Scotland, Wales, and Northern Ireland.