Generation gaps are a growing workplace headache. Brian Chesky’s mentor is on a mission to bridge them 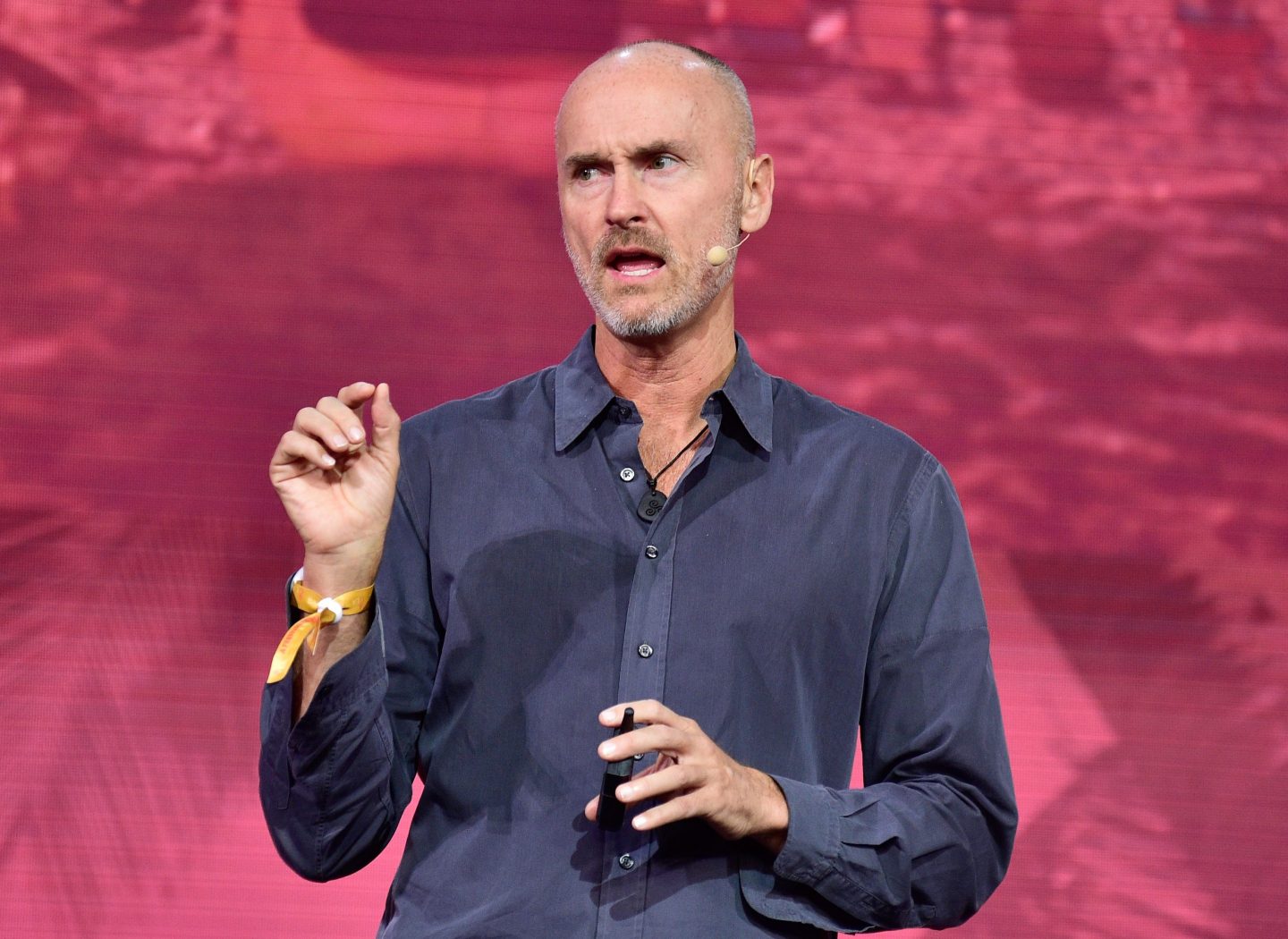 Chip Conley, founder of the Modern Elder Academy, in a photo dating from his tenure at Airbnb: “Mutual mentorship is a real opportunity, and it’s the least expensive tool at a CEO’s disposal.”
Stefanie Keenan—Getty Images for Airbnb

The age makeup of the American workforce is undergoing some dramatic shifts. Today 40% of Americans have a younger boss and, by 2025, millennials will be the dominant demographic in the workplace, according to a study by American Express.

That age diversity creates great opportunities for collaboration, but also the potential for misunderstandings, miscommunication, and internal tension.

What’s the best way to defuse those conflicts? Ask Chip Conley, author of the 2018 bestseller Wisdom@Work: The Making of a Modern Elder, and he’ll tell you the best way for different generations to work together is to set aside preconceived notions about one another. That’s particularly sage advice now: With more older people extending their careers into their retirement years, Conley says, it’s now possible for five generations to be collaborating side by side.

Conley, 61, is the founder of Joie de Vivre Hospitality, a boutique hotel company. He learned the power of intergenerational collaboration in the middle of his own career, when he signed on to mentor Brian Chesky, Airbnb’s young CEO, in 2013.

Since then, Conley has moved on to found the Modern Elder Academy, a “midlife wisdom school” that helps people reframe their mindset on aging while repurposing the second half of their adult life. When he’s not working on expansion plans for the academy, Conley spends his time writing books (he’s written five and is working on his sixth), giving speeches, and mentoring.

At any given time, Conley says, he’s typically mentoring three to four younger CEOs (usually in their thirties and forties) at one time. In addition to Chesky, his other past clients include Calif. Gov. Gavin Newsom, Burning Man CEO Marian Goodell, musician Michael Franti, and hotelier Liz Lambert.

We sat down with Conley to find out how to break down age-related barriers between employees.

This Q&A has been edited for brevity and clarity.

Fortune: Let’s start with your time mentoring Brian Chesky. How did that come to be?

Conley: Brian reached out to me to give a talk at the tiny startup Airbnb in March 2013, on the subject of hospitality innovation. No one in the company had a hospitality/travel industry background. It went well, so he immediately asked me if I could become his in-house mentor and create a variety of functions in the business, including setting up the hospitality department.

It seems like that’s when you experienced a big revelation that would change your career trajectory?

I think the most enlightening moment is when I realized I wasn’t just a mentor; I was an intern. I realized there was a mutual mentorship opportunity—even though he was 31 years old at the time, I was 52 and had been CEO of a company with 3,500 employees, and the average age of Airbnb employees was 26.

So yes, he asked me to be his mentor, and yes, I was going to report to him during the time I was there—first as head of global hospitality and strategy for four years and then as part-time strategic adviser for hospitality and leadership for three and a half years. But what I noticed was that he was hugely knowledgeable when it came to digital intelligence, and I think I had ample wisdom about emotional intelligence. We had a DQ/EQ alliance and learned so much from each other. Turns out we were on the leading edge of a long-term trend of intergenerational collaboration.

So tell us more about the five generations working together.

We have Gen Z coming into the workforce along with millennials, Gen X, boomers, and the “silent boomers,” who are ages 77 and older. This represents an exciting opportunity, because we’ve never had people staying in the workplace as long as they are staying in it today. Second, company dynamics and where power rests have become different from where this used to be. In the past, there was a defined hierarchy, and it was assumed that the older you were, the more people reported to you. Today that just isn’t the case.

What are the advantages of an age-diverse workplace?

There has been so much research done that shows the value of diversity. However, when we think of diversity we typically think of three dominant demographics: One is gender, another is race or ethnicity, and the third is sexual orientation. What’s strange is that only eight percent of Fortune 1000 companies have added age as a diverse demographic metric to consider when thinking about whether they’re a diverse workplace. That’s strange, because age is an obvious metric. The most recent research from Germany around age-diverse workplaces shows that if you have only young people on a team they make decisions quickly and make more mistakes, while older people take a longer time but make fewer mistakes. If you combine the two together, you’ll get way better results.

What does age have to do with how you work?

The younger brain and older brain are quite different.

For example, the younger brain is focused, fast, and good at linear conclusions, while the older brain has more crystallized intelligence, thinks holistically, connects the dots and thinks intuitively. Having those two brains working together is the best of both worlds.

What’s the best way for CEOs to forge an age-diverse workplace?

I think it’s important for CEOs to create a workplace where everyone is learning from each other and where curiosity is the elixir. The fact is: Mutual mentorship is a real opportunity, and it’s the least expensive tool at a CEO’s disposal. The stats bear this out. When millennials have a mentor they are more than twice as likely to stay at the organization for at least five years, according to a Deloitte Millennial Survey, so this is also a great retention tool.

What are some generational “traps” employees should avoid?

The generational traps go in both directions. If you’re a boomer or Gen X and think millennials or Gen Z are entitled or aren’t emotionally intelligent, you’re going in with a conscious or unconscious bias, and that’s not helpful. If you’re a younger employee and have this notion that older coworkers aren’t open to new experiences or are bad at technology, you’re also biased. The better approach is to start each interaction with a clean slate and try to think about what this person can teach you, because there will definitely be things to learn from everyone you encounter, no matter their age.

Any tips on what an older employee can teach a younger one and vice versa?

For the older person, I’ll say this: War stories aren’t wisdom. Just telling a young person, “Here’s how the world works” will get a hand in your face and an “Okay, boomer” reaction. People don’t want to hear your history. They want to understand your wisdom. For younger people: Yes, we know older people may not be as fluent in technology as you are, but most people thrive on being “H to H” or human to human. I promise you will learn something about human dynamics from talking to that older colleague.