‘Let them come to their senses’: Russia will ‘freeze’ European countries that impose a ‘stupid’ oil price cap, Putin warns 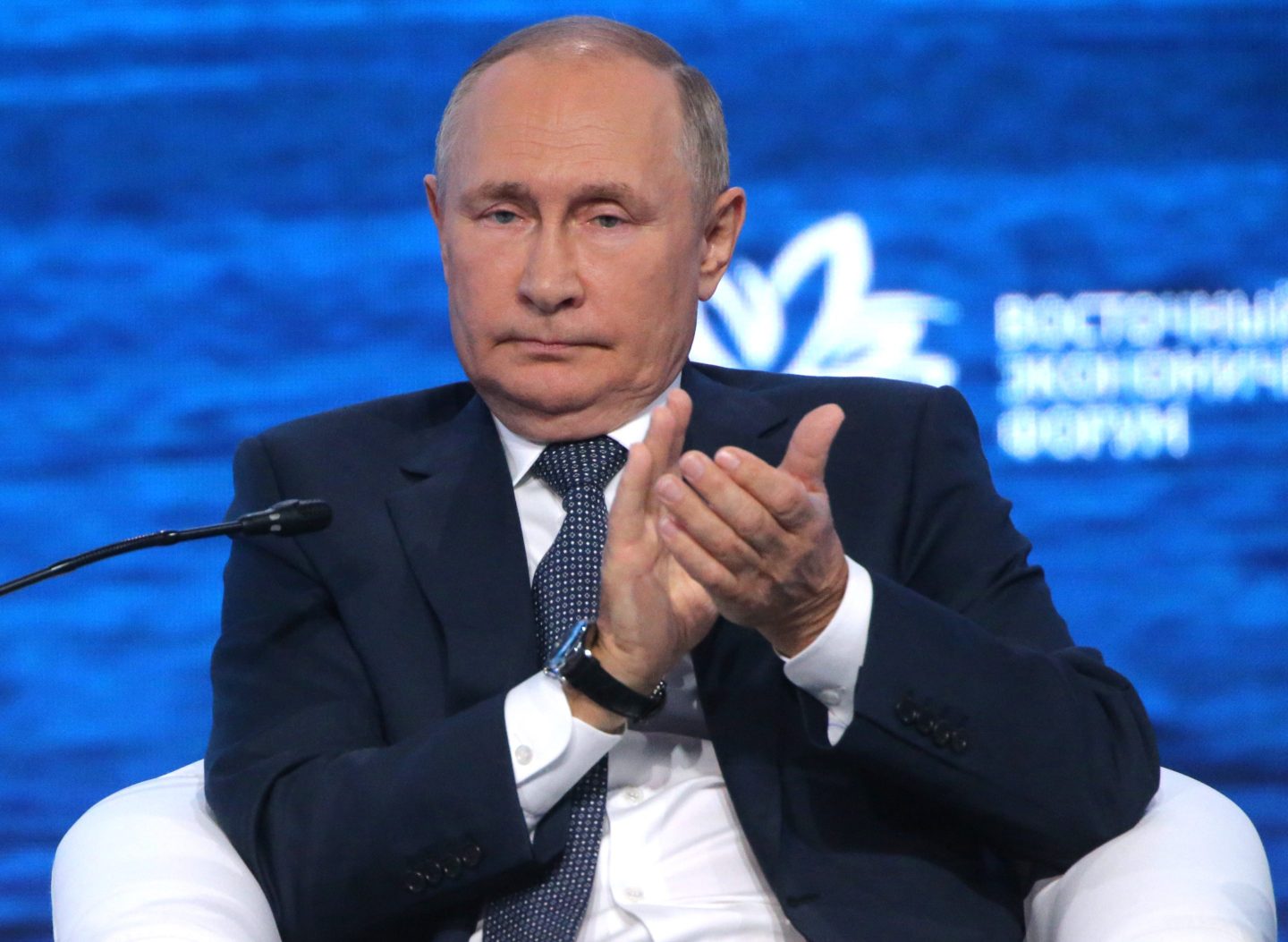 Last week, the world’s seven most advanced economies agreed to impose a price cap on what they’d pay for Russian oil in a bid to hamper Russia’s ability to finance its war in Ukraine.

Russia will simply “freeze” European countries if Western nations impose a price cap on Russian oil, Putin said at an economic forum in Vladivostok on Wednesday, arguing that it will simply drive up worldwide energy prices and deprive Europe of the energy it sorely needs. Countries that import Russian energy “are in no position to dictate their will. Let them come to their senses,” he said.

Since Russia invaded Ukraine in February, global energy prices have soared owing to trade and production disruptions. Yet the Kremlin has raked in $157 billion in the past six months from fossil fuel exports—with EU nations importing 54% of this amount—according to the Centre for Research on Energy and Clean Air. The West aims to reduce Russia’s energy revenues through a price cap, while hoping to avoid a supply crunch in an already tight market.

Europe is bracing for an energy crisis this winter, as Russia threatens to cut off its natural gas supply to the continent and bloc nations try to wean themselves off Russian energy.

Russian gas exports to Europe via the Nord Stream 1 pipeline have already plunged nearly 90% from a year ago. Russia last year supplied 40% of the EU’s natural gas, but now is the source of only 9%.

With the price cap approved, Putin said Russia will refuse to supply energy to participating nations. “If there are any political decisions that contradict [our contractual obligations], then we simply won’t fulfill them. We won’t supply anything at all if it contradicts our economic interests,” he said.

Europe is throwing its manufacturing capacity, quality of life, and socioeconomic stability “into the sanctions furnace…in the name of preserving the dominance of the U.S. in global affairs,” the Russian president said.

Russia doesn’t have any problems selling its energy to the rest of the world, Putin added. Chinese and Russian state oil giants China National Petroleum Corp. (CNPC) and Gazprom recently inked several deals that will see China pay for Russian natural gas in rubles and yuan.

China’s spending on Russian energy has surged in recent months. Since the war began, the world’s second-largest economy has paid the Kremlin $35 billion for oil, gas, and coal, compared with $20 billion a year earlier. India has taken advantage of cheap Russian oil that the West has shunned; Moscow is now the South Asian nation’s second-largest oil supplier after Iraq.

The European Union has urged China and India to join G7 countries in enforcing a price cap on Russian oil.

Putin slammed the West’s “sanctions frenzy” as the main threat to the global economy now that the COVID-19 pandemic has receded.

They are “brazen, aggressive attempt[s] to impose models of behavior on other countries, to extinguish their sovereignty, and bend them to its will,” he said.

“With their shortsighted actions, Western officials have triggered a global inflation,” he said. Meanwhile, the rising prices will be a “real tragedy for most of the poorest countries, which are facing shortages of food, energy, and other vital goods,” Putin added. Russia’s war on Ukraine has exacerbated food and fuel price rises in emerging economies, leading to a worsening humanitarian crisis in Asia, Africa, and the Middle East.

Since February, the West has hit Russia with tough sanctions intended to isolate it from the global economy. While the Kremlin is publicly boasting of Russia’s economic resilience, a recent internal report circulated to top Kremlin officials warned of plunging production volumes in export-oriented sectors like oil, gas, metals, chemicals, and wood products, meaning that these critical industries “will cease to be the drivers of the economy.” Russia could lose as much as $6.6 billion in energy revenues if it cuts off gas to Europe completely, the report said.

Russians’ real wages have sunk, inflation has soared, and the country is now depleted of the key tech hardware it needs to power everything from military equipment to kitchen appliances. Experts warn that Russia hasn’t seen the worst yet, and its citizens will fall deeper into poverty.

On Wednesday, Putin said that Russia “hasn’t lost anything and won’t lose anything. Our main gain is strengthening sovereignty.”