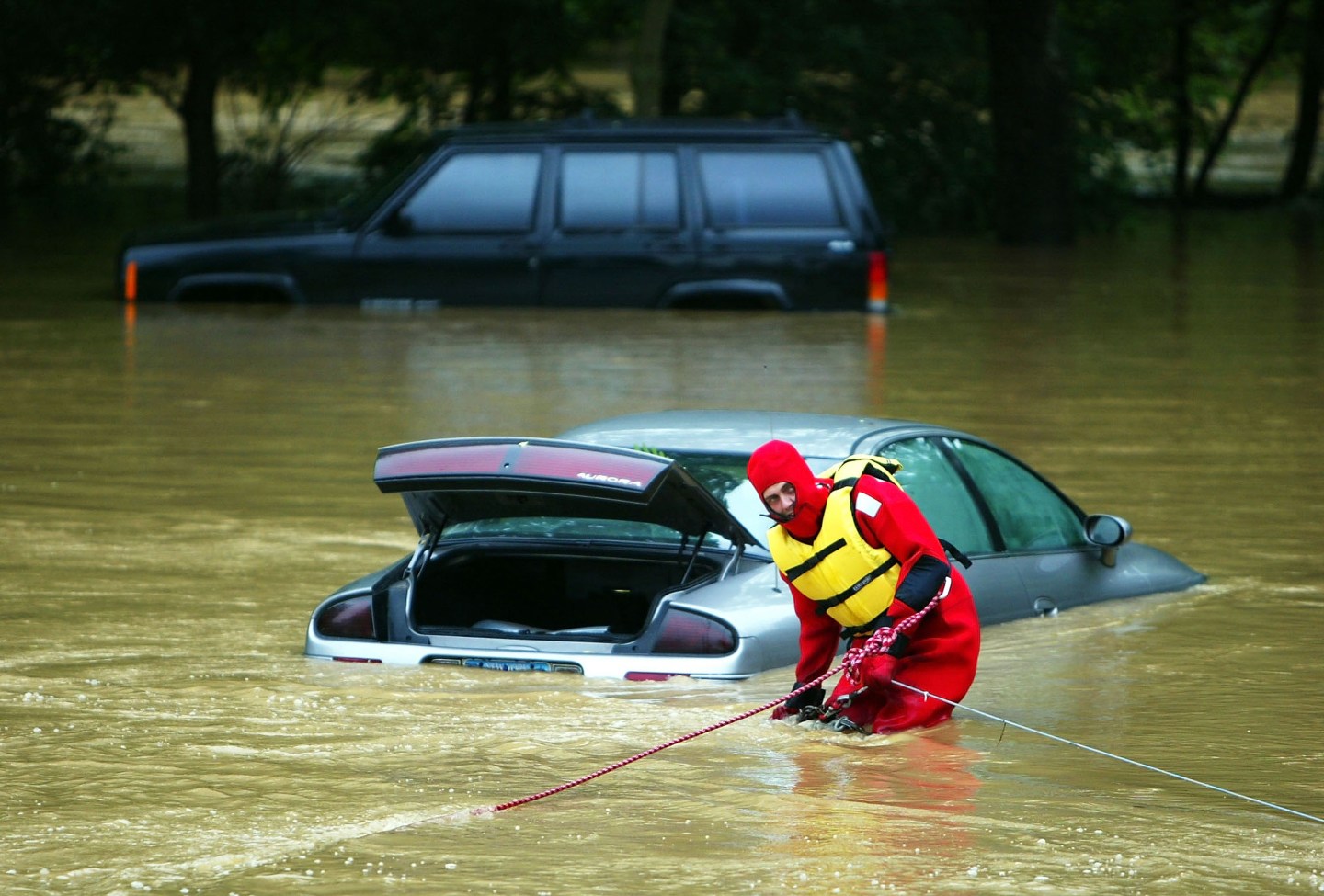 Flooding in Kentucky and other regions this year has convinced FEMA to update their maps.
Andy Lyons—Getty Images

Weeks later, Jackson, Miss., saw more than 180,000 people without running or drinkable water for an extended period. Streets are closed regularly in Charleston, S.C., as torrential rains wallop the city. And the entire southeastern coast is bracing itself at the start of the worst part of hurricane season.

As the damages rise, the Federal Emergency Management Agency (FEMA) has admitted that its current flood maps are unable to keep up with the reality of the situation.

Deanne Criswell, director of FEMA, told CNN over the weekend that she believes the current mapping system needs an update to account for climate change—at the very least.

“FEMA’s maps right now are really focused on riverine flooding and coastal flooding,” she said. “Our flood maps don’t take into account excessive rain that comes in, when we’re seeing these record rainfalls that are happening.”

Criswell says the agency plans to work with local authorities to update the maps and try to improve modeling. FEMA’s new methodology to evaluate flood risks will take several new factors into account, including land elevation, the home’s foundations, and how far it is from the water.

“It’s hard to predict when we’re going to see rain events like that, and the status of the infrastructure to be able to support that,” she said. “We are going to continue to work with all of our local jurisdictions to help them better identify what their needs are and help them create better predictive models, because we have to start thinking about what the threats are going to be in the future as a result of climate change, so they can put the mitigation measures in place.”

The pandemic saw many people moving to different parts of the country, with several opting for warmer states like Florida and Texas. Both of those, though, have flood risks in certain areas. And that influx of people is causing insurance rates to soar. Nearly 3 million homeowners across the U.S. will see their flood-insurance premiums rise this month, according to a report by online real estate firm Redfin.

A late 2021 study by the research and technology nonprofit First Street Foundation estimated that flooding would cost U.S. businesses $49 billion in 2022.