‘Singapore has a new visa that will target expat ‘rainmakers’—are you what they’re looking for?’ 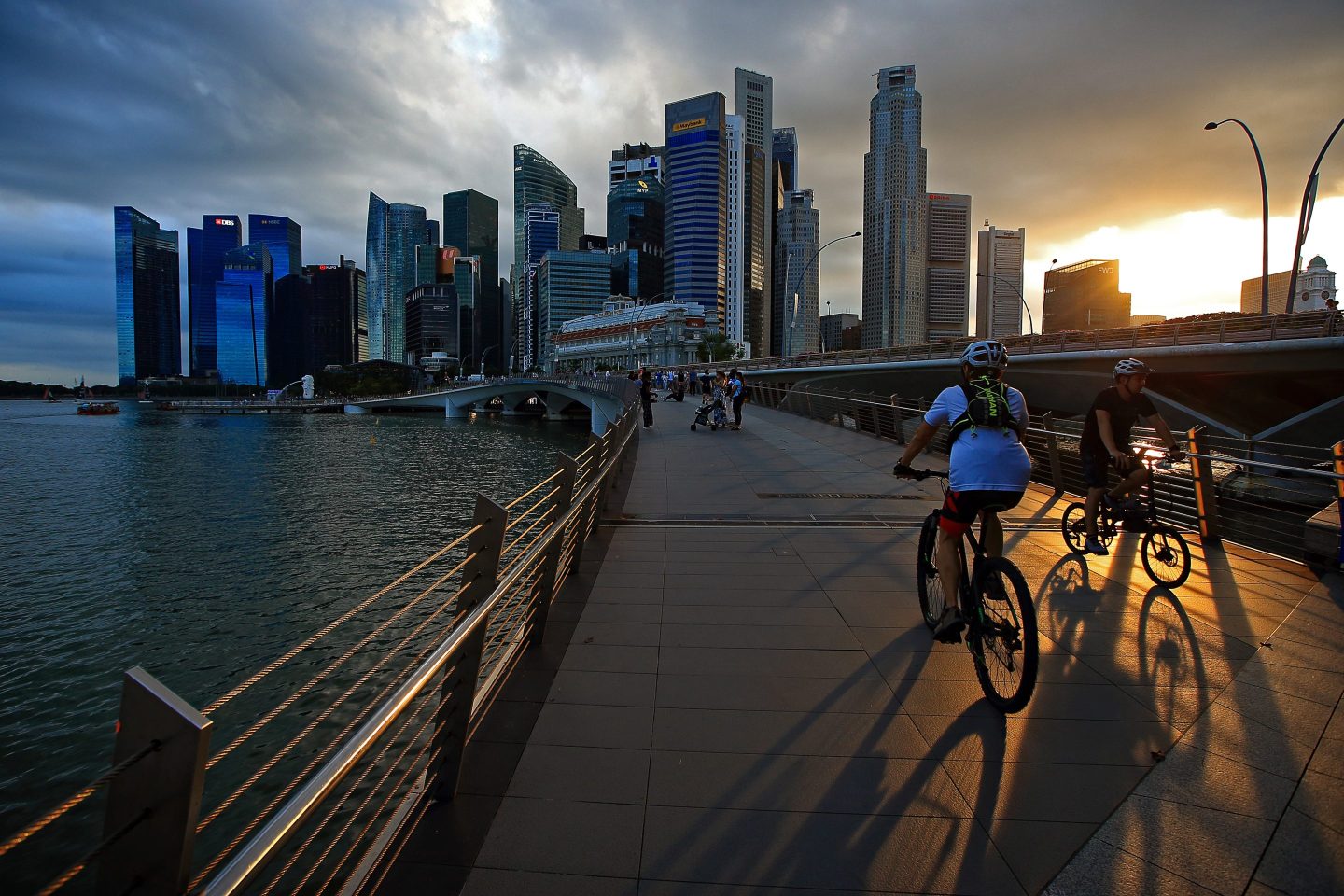 Singapore won’t limit the number of applicants for its newest work permit, Minister of Manpower Tan See Leng said, as the city-state seeks to burnish its appeal to the best minds globally.

The introduction of the Overseas Networks and Expertise (ONE) pass last week as well as other steps that make it easier to hire expats are a response to the tight labor market, Tan said in an interview with Bloomberg Television’s Juliette Saly on Monday. The city-state’s officials have mentioned that they see the competition heating up with the likes of London and Dubai.

“What we are really hoping to bring to Singapore are the rainmakers,” Tan said, referring to the efforts to attract leaders in fields across science, technology, engineering and math, as well as finance, arts, culture and sports. “It is an offensive strategy for us.”

The ONE pass—a visa that will allow its holders as well as their partners to work for five years—is Singapore’s renewed effort to lure global talent after its pandemic-era restrictions and efforts to protect local workers made it appear less welcoming. As economies reopen and find growth still stuttering, nations including the U.K., the United Arab Emirates, Germany and Thailand are seeking out top achievers to power their recovery by providing easier access.

“In the competition for talent, we’re in a very, very hyped-up mode,” Tan told a panel of Bloomberg editors and reporters separately. “There’s hyper competition, and we are very careful about what we reveal, because we’re not going after the numbers. We’re going after really the quality—it’s not the quantity.”

Boosting innovation and increasing productivity are key for Singapore as it seeks to raise manufacturing value-add by 50% and annual exports to S$1 trillion ($712 billion) by 2030. That target would be difficult at the current rate of expansion, with estimates compiled by Bloomberg showing the economy will probably grow 3.7% this year, among the slowest rates in Southeast Asia, with the pace seen easing further to 2.8% next year.

The minister suggested the government was willing to pull out all the stops to support growth, and he signaled some flexibility with regards to accommodating LGBTQ+ workers and their partners to live and work in the city-state. He said the prevailing immigration laws that are “very pro-family” would not be a hurdle to allowing entry of leaders in the identified fields.

“When you talk about this new pass that we’re targeting, I don’t think there is a specific quota or number,” he said, adding that “these are people that are really in the top space itself. I think we would be able to manage those kinds of applications.”

Tan’s comments follow Prime Minister Lee Hsien Loong’s speech last month, where he said the government will repeal a colonial-era law that criminalizes sex between men, while pledging to protect the nation’s definition of marriage, which excludes same-sex unions.

Here are some more excerpts from Tan’s interview:

On competition with Hong Kong:

—With assistance from Philip J. Heijmans.