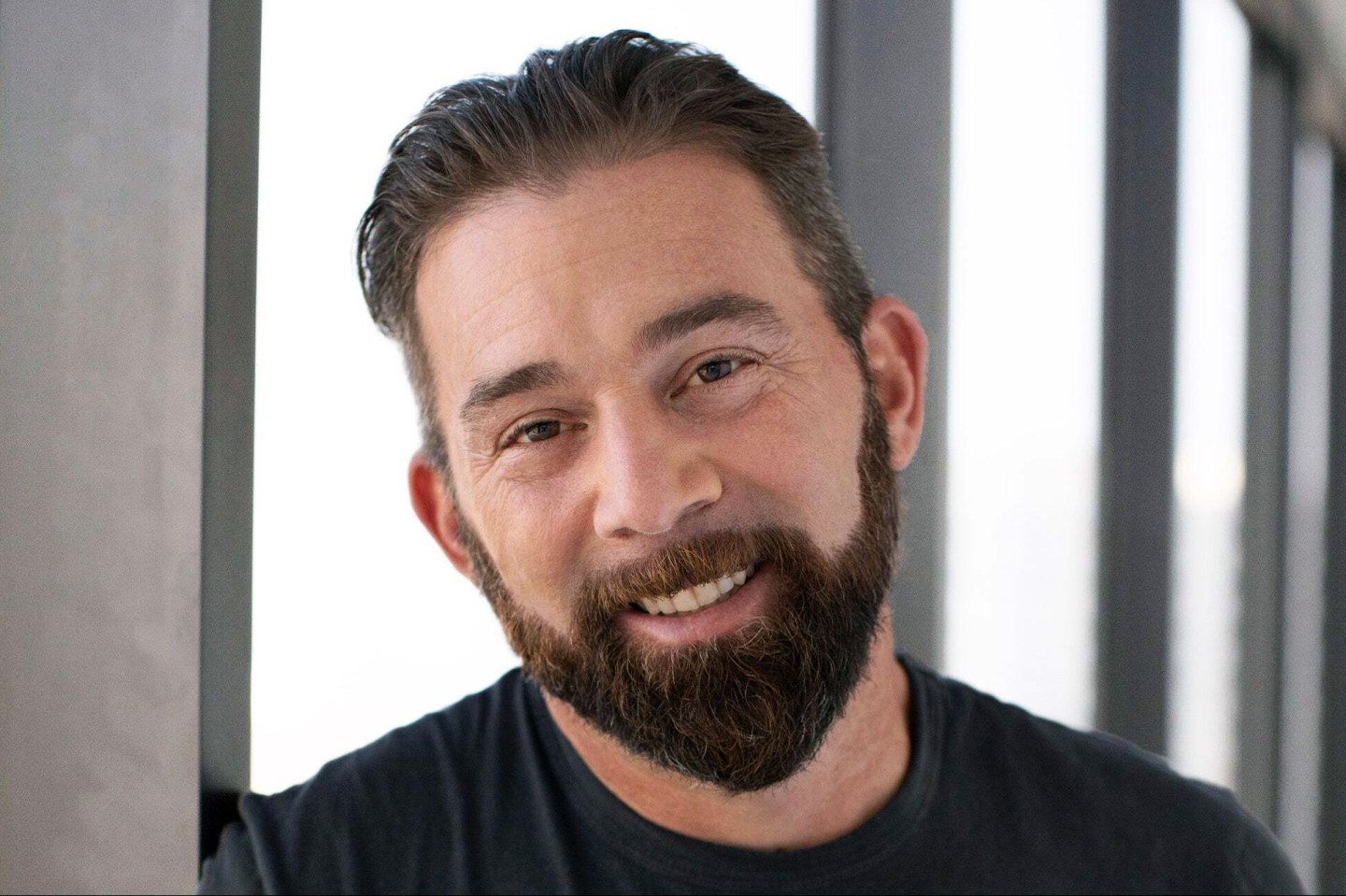 Cartoonishly high hospital bills, overpriced prescription drugs, crowdsourcing for medical treatments—these are all features of the U.S. health care system that have become all too familiar to many Americans. They’re the quotidian manifestations of a popular refrain: the health care system is broken.

That’s a problem Doug Hirsch, co-CEO of the prescription drug discount platform GoodRx, wants to fix, or at the very least, ease the financial burden of buying medication.

The Inflation Reduction Act, passed in the Senate earlier this month, features several health care reforms, one of which allows Medicare to negotiate the price of 10 prescription drugs, starting in 2026. It’s a provision that aims to alleviate the same problem GoodRx wants to solve for patients. But Hirsch says that policies “short of a wholesale rewrite of the health care system” won’t affect the company’s business. Anything less than a total overhaul of the status quo means GoodRx can keep its $745 million business humming, he says.

Prior to starting GoodRx, Hirsch worked at Facebook and Yahoo alongside two notable Marks: Zuckerberg and Cuban, respectively. He says those experiences helped him to see health care as a convoluted consumer business problem ripe for disruption and new solutions. “The right answer is knowing how to speak to a consumer as a consumer, not as a patient,” Hirsch says.

GoodRx prides itself on forming strong relationships with the various players in the pharmaceutical industry–and there are many. Big name retailers like CVS and Walmart accept GoodRx coupons, and the discount drug company offers pharmaceutical companies advertising on its platform, allowing them to reach its 5.8 million monthly users. It also works with pharmacy benefits managers (PBMs), the shadowy entities that negotiate drug prices between manufacturers and retailers and determine which drugs are covered by insurance plans. This openness to working within the industry is all part of Hirsch’s ethos to “work with anyone who will give a consumer a better price” within the complex American health care system.

But the $384.4 billion drug pricing maelstrom has served as a financial boon for GoodRx, especially as Americans cut back on spending in response to skyrocketing prices for everyday necessities and seek out cheaper alternatives to requisite purchases like medicine. GoodRx’s revenue grew 17% to $395 million in the second quarter of this year, compared to the same time last year.

In America, which has the highest prescription drug spending in the world, it’s easy to see why offering access to affordable drugs is such an attractive business. So much so, in fact, that new competitors are entering the market, including Amazon and Mark Cuban’s Cost Plus Drug Pharmacy. Hirsch says he isn’t worried about these new entrants because their focus is on mail-order delivery, whereas GoodRx still prioritizes brick-and-mortar pharmacies. “It’s been a long time and, as far as I know, people are still going to CVS,” Hirsch says.

That doesn’t mean that GoodRx isn’t diversifying its business as it looks to the future. The company has made a concerted effort to expand into telehealth, which Hirsch says is all about “affordability and access.”

Fortune: You have a tech background. How does that influence your view on health care?

Hirsch: Even though I’ve worked in health care for about 15 years, I like to think of myself as a newbie. So what I draw on regularly is the same skill set that I had at Facebook and at Yahoo, which is trying to build products that consumers can understand, especially folks who might be lower on the technology curve, who might even be struggling to figure out how to use a smartphone. I spend a lot of time at GoodRx trying to build analogies between health care and other purchase decisions people make. If I can figure out how to buy plane tickets online, maybe I can figure out how to shop around for a doctor.

You have a co-CEO model. Does it actually work?

I don’t recommend it to anyone, and yet it’s the best thing that ever happened to me. My co-founder and co-CEO [Trevor Bezdek] and I met through our mothers at a holiday breakfast. We had polar opposite interests. It makes for an incredibly valuable relationship because if there was a territorial issue where we both thought that we knew more about marketing or whatever than the other, it would be a challenge. The reality is that we’re two sides of the same brain. The stuff he gets excited about is not my area of expertise or best skill set, and vice versa. I love products, talking to folks, and being the public face of the company. He is very excited about business development and finance.

It’s also good because as an entrepreneur, you’re constantly second guessing yourself and you have someone by your side through this process. It’s such a trying experience to start a company. It’s all-consuming, it’s 24/7. Every day you think the world’s going to end, and to have someone that you can be totally trusting with and go through these life-altering decisions that happen almost weekly is good. It’s like having a spouse at work. By the way, my PR person is laughing at me for saying that.

Amazon and Mark Cuban’s discount pharmacy have entered this space. Could they be a threat to GoodRx?

I would say 100% no. As an entrepreneur, you’re constantly thinking about who is trying to eat your lunch, and who’s going to outmaneuver you. The reality is that 12 years later, the competition is people who don’t know any better. The competition is people who assume that the American health care system is working to their benefit, and they don’t have to do anything, and they can just be passive. It’s really interesting how poorly understood health care is in this country. The math that most reporters seem to do—and I say this with kindness—is ‘Oh my God, Amazon destroyed those other industries because they did mail order, they’re gonna destroy health care because they know mail order.’ That’s not how health care works.

Amazon has been playing in online mail since 2010 with drugstore.com and then they bought PillPack. As far as I know, people are still going to retail pharmacies and are still going to see doctors in person. There really hasn’t been that disruption everyone’s talking about even with a global pandemic where people couldn’t leave their houses.

Mark Cuban, who I used to work with back at Yahoo, is a great personality and I admire what he’s trying to do. I never want to be dismissive of any competitor, but I don’t think another mail order pharmacy saying they’re going to sell cheaper drugs is the right answer.

Ok, so what is the right answer?

I think the right answer is knowing how to speak to a consumer as a consumer, not as a patient. If you’re thoughtful you can try to change the way consumers act. We have millions of people using GoodRx every month, who have learned that they can use discounts to actually get better prices than insurance. We need to build those kinds of behavior changes in consumers, not just throw up a website and hope for the best.

Why do drug manufacturers charge such high prices, or higher prices than yours, but also have a good relationship with a company like GoodRx that offers coupons to reduce those prices?

Pharma pricing is really, really complicated. I’m not saying this because I’m trying to make excuses for pharma. The way drugs are priced in this country is so incredibly complicated and silly. I don’t think there’s an expectation from pharma that people are going to spend $6,000 or $60,000 on a drug. Because of the incredibly complex contracts that manufacturers have with insurance companies and the government, you end up in this sort of artificially high situation where you have to set these incredibly high prices so that they can work within the system that we’ve designed. Let’s be clear that is too much for drugs.

I just want to be careful that just because you read a headline that says a drug is a million dollars, that doesn’t necessarily mean a consumer pays a million dollars out of pocket or that an insurer is paying a million dollars. It’s incredibly complicated and broken. When people ask me who the enemy here is, I really think we just have a system that is designed totally wrong. You’ve got drug manufacturers who are for-profit companies with shareholders. You’ve got insurers who have shareholders. You’ve got hospitals and you’ve got doctor groups. Everybody is trying to maximize profit and work within this incredibly complex, public-private mess that we have.

That’s my long way of saying, we are a company founded on trying to find consumers a fair price. We decided a long time ago that we’re going to work with anyone who will give a consumer a better price. So we work with doctors, we work with pharmacies, and we’ll even work with pharma manufacturers who are willing to offer patient assistance programs, or co-pay cards, or any other tool so that a consumer can find an affordable price.

What would the prescription drug pricing provisions in the Inflation Reduction Act mean for GoodRx?

The punchline is, very little. I applaud our government for taking a very small baby step to ameliorate the pain that American consumers are feeling. But just to break it down into a few pieces:

In 2026, just Medicare—not commercial insurance—will have the ability to negotiate 10 drugs. That’s in four years, and then eventually they’ll get to do a few more. So, yay for negotiating, but I’m going to be much older by the time we get any real progress there.

Secondly, a $35 cap on insulin is great, except most commercial insurance and, I think, Medicare already covers around 35 bucks.

Then there’s the $2,000 out of pocket. My understanding of it is there’s about 64 million Medicare recipients and about 800,000 of them actually hit that out-of-pocket catastrophic coverage limit ($7,050). Only about 2% of Medicare recipients will get some relief out of that.

If there was ever a bill that allowed Medicare to negotiate for all consumer drugs, what would that do to GoodRx?

Medicare is just one segment of the population, so I don’t think it would have a massive impact on us. I don’t foresee a situation, short of a wholesale rewrite of the health care system, that would dramatically impact GoodRx’s business.

You recently bought some telehealth companies and launched GoodRx Care. It seems to me like you saw something in telehealth before the pandemic.

Our view of telehealth is a little different than most of the other companies (Roman, Hymn). We’re just trying to make doctor’s visits more affordable and accessible to consumers. The other companies are focused on having an online experience that leads to a product that you purchase through them. In our case, we’re focused on how to get consumers to a doctor when they are limited on time, or they have two jobs or kids. It’s all about accessibility.