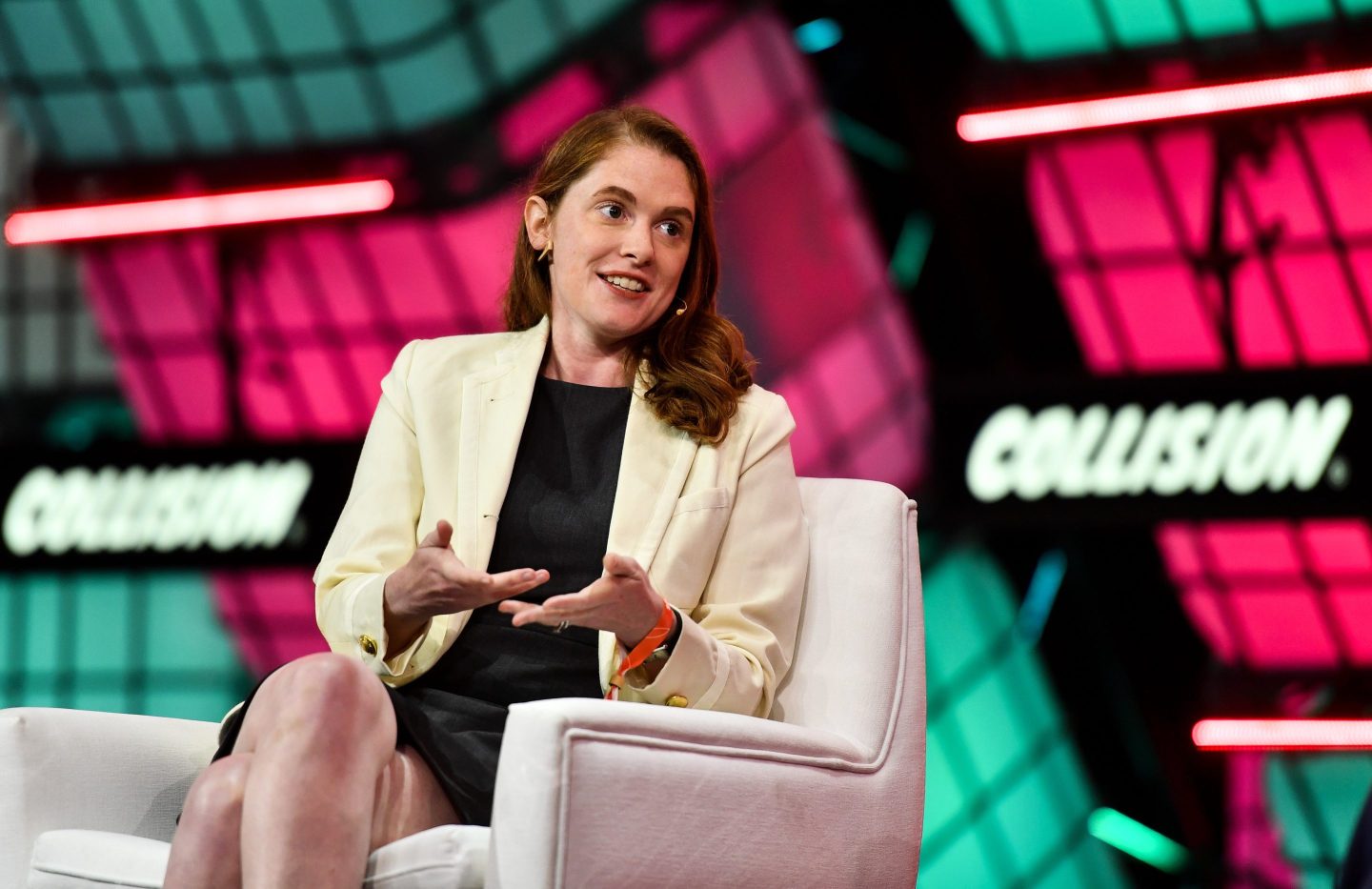 Kathleen Breitman has been called “crypto royalty” for cocreating Tezos—a major blockchain and competitor to Ethereum—back in 2014, reigning as one of the earliest entrepreneurs in the space. And if you ever get a chance to talk to her, you’ll quickly see she’s a straight shooter.

In an interview with Fortune, Breitman discussed the recent crypto market hype cycle—and the brutal downturn that followed. And in reflecting, it became obvious how wrong some past predictions about the crypto market had been—certain investments, certain projects. Hindsight, of course, is always 20/20.

“People get attention when they start to make predictions about this stuff,” Breitman told Fortune. “But man, a lot of that stuff does not age well.”

Here are a few other things in the world of crypto that might also “age poorly,” according to Breitman—from certain nonfungible token (NFT) investments to parts of the Ethereum “merge.”

No. 1: Billion-dollar VC investment in NFTs

For one, many of the NFT-related venture capital investment valuations are “completely egregious,” she said. “Things that will age poorly: being a VC investor explaining a $1.5 billion valuation to a No. 15 NFT marketplace.”

Though the market has since plummeted, it wasn’t too long ago NFTs commonly sold for six-figure—and even seven-figure—price tags. One example, among countless others, is an NFT of a JPEG rock selling for over $1 million in August 2021. Overall, last year was a big year for NFT trading, which surpassed $17 billion—a 21,000% increase from 2020.

While retail investors jumped in on the hype—mostly owing to FOMO—big institutional investors, Visa and KPMG among them, did too. Alongside them, as Breitman noted, were VC funds like Andreessen Horowitz (a16z) and Paradigm. Some VCs invested heavily in the space, dumping millions into the top NFT marketplaces and specific NFT projects.

“I think a lot of the valuations aren’t gonna hold,” Breitman added.

Nonetheless, Breitman generally sees many NFT-related founders as similar to “first-time founders in Silicon Valley that just want to raise money and then feel good about themselves,” she said. “You see a lot of that in the crypto space.”

“I think a lot of the PFP collections are not doing so great for a pretty good reason, which is those are almost purely speculative,” she said. “At some point, if you have a million tokens [in a collection], it gets pretty fungible again.”

Commonly, people in the crypto space make their Twitter avatar a popular NFT to show they’re among a project’s community members, especially if said NFTs are expensive and sought after by celebrities, like those in the Bored Ape Yacht Club. For others, owning a PFP NFT is more about fitting in and finding common ground within a larger group.

While PFP NFTs can surge quickly in popularity, the projects can die just as fast.

“A lot of that stuff is aging very poorly, because it was basically very much VC funded,” Breitman said. “I think we ought to look at where organic community growth is, because a lot of the subsidies are wearing out.”

And it’s another question of how much value the assets will retain.

Lastly, Breitman pointed to some of the misunderstood or outsize expectations that might surround the upcoming Ethereum “merge.”

The merge will shift the influential blockchain to a proof-of-stake consensus mechanism from proof of work, and, in turn, dramatically reduce its environmental impact.

While it’s “nice to see Ethereum join the rest of the industry,” Breitman said—Tezos counts itself among the long-standing proof-of-stake blockchains—“I think a lot of what’s been dominating the industry is obviously momentum and commotion in this idea of what’s going to be popular next quarter.”

To her, this includes buzz around the merge. Though she understands the buzz, as Ethereum is the dominant smart contract platform, the merge is “not going to solve Ethereum’s fee problem.”

The gas fees to which she’s referring are the cost of carrying out a transaction on the Ethereum blockchain, and are considered a big pain point for Ethereum users: During periods of high demand, the fees can amount to hundreds of dollars and make the network unviable for many.

Since the merge won’t expand Ethereum’s network capacity, the upgrade will not impact the price of gas fees. But the Ethereum Foundation sees the upcoming move to proof of stake as a “critical precursor” to lowering those costs eventually.

“It’s like, ‘Oh, look, we’re finally doing this one thing.’ And actually, it doesn’t really address the reason that people come to Tezos, which is the fees,” Breitman said. “This is the old ‘razzle dazzle.’ It’s actually not solving the issue that is driving a lot of people away from Ethereum.”