Goldman Sachs is done with COVID in the office 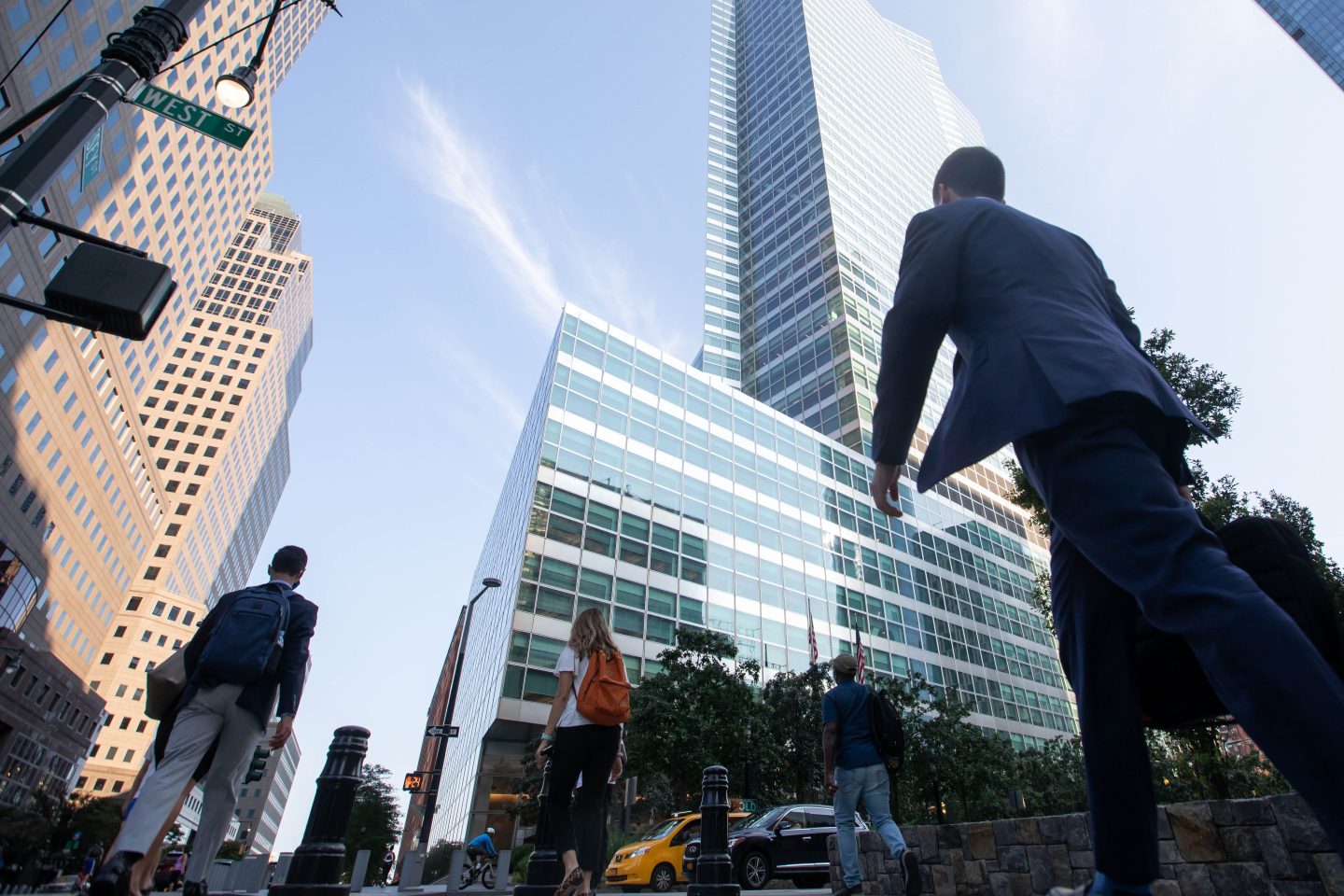 Investment banking giant Goldman Sachs is doing away with all COVID restrictions as it tries to get people back in the office full-time.
Michael Nagle—Bloomberg/Getty Images

Starting Sept. 6, employees of Goldman Sachs will be allowed to enter the office regardless of vaccination status and will no longer be required to test for COVID-19 or wear masks.

“With many tools including vaccination, improved treatments, and testing now available, there is significantly less risk of severe illness,” Goldman said in the memo sent out to all employees.

The company cited the Centers for Disease Control and Prevention, which recently relaxed many restrictions including quarantine rules and social distancing requirements.

Goldman Sachs has been a big advocate of bringing people back into the office, setting it apart from other companies in finance and tech that are leaning more toward a hybrid work style.

In a push to prove the world has returned to normal, the company is also reducing the number of COVID tests available around the office.

“With antigen test kits widely available in the community, we will begin ramping down the provision of test kits on our campuses, with the current expectation of ending the program by year end,” the memo stated.

Get back to the office

The memo comes just days before the bank expects all employees to return to its offices five days a week.

Chief executive David Solomon has been pushing for people to come back into the office full-time since February 2021. He first demanded workers return in the summer of last year, which was stymied by the highly transmissible Omicron variant of COVID-19.

Solomon’s rationale is that work hasn’t fundamentally changed since the pandemic and part of Goldman’s strength as an organization is its ability to create a network of “extraordinary young people” who join the firm to learn to how to work.

“I just don’t think the way we work in our business is that different than it was five years ago, and I don’t think it will be different five years from now,” Solomon previously told Fortune.

“The secret sauce to our organization is, we attract thousands of really extraordinary young people who come to Goldman Sachs to learn to work, to create a network of other extraordinary people, and work very hard to serve our clients.”

But even without in-office work, Goldman had an exceptionally good pandemic. The company reported a record profit of $21.6 billion in 2021 and saw its share price hit a record high last year.

And its recruits are very popular among businesses. In Fortune’s latest list of the World’s Most Admired Companies, top industry executives and directors — as well as stock analysts who follow the industry — rated Goldman No. 1 in people management in its industry, ahead of JPMorgan Chase, Morgan Stanley, Bank of America, Citigroup, HSBC, and more.

But Solomon argues that if remote work continues, “you start to fray the foundational things that make the place so unique.”

Perform or be cut

There are rumblings of discontent. In March last year, a group of first-year investment banking analysts made a slide deck describing arduous working hours, clocking in an average of 95 hours a week, which they said had taken a toll on their physical and mental health.

Three-quarters of respondents in the slide deck reported by the FT said they felt they had been “victims of workplace abuse,” shining a rare spotlight on the stresses of young people at the esteemed bank.

According to the New York Post, six overworked first-year bankers quit together and walked out en masse last week, with sources telling the publisher the atmosphere at the financial giant is at “an all-time toxic high right now.”

And things could get worse.

Goldman executives warned in July that the bank is likely to cut back on hiring, and potentially even bring back its brutal performance review process, as it looks to cut back on its expenses.

Goldman chief financial officer Denis Coleman said in the bank’s quarterly call with investors that Goldman will likely be reinstating annual year-end performance reviews by the end of 2022, a process he said the bank had “suspended during the period of the pandemic for the most part.”

Before the pandemic, Goldman was notorious for annually cutting five percent of its employees using performance metrics to weed out underperforming members of its staff.