One of the most important features of self-driving cars can fail to spot pedestrians at night, warns auto insurance watchdog 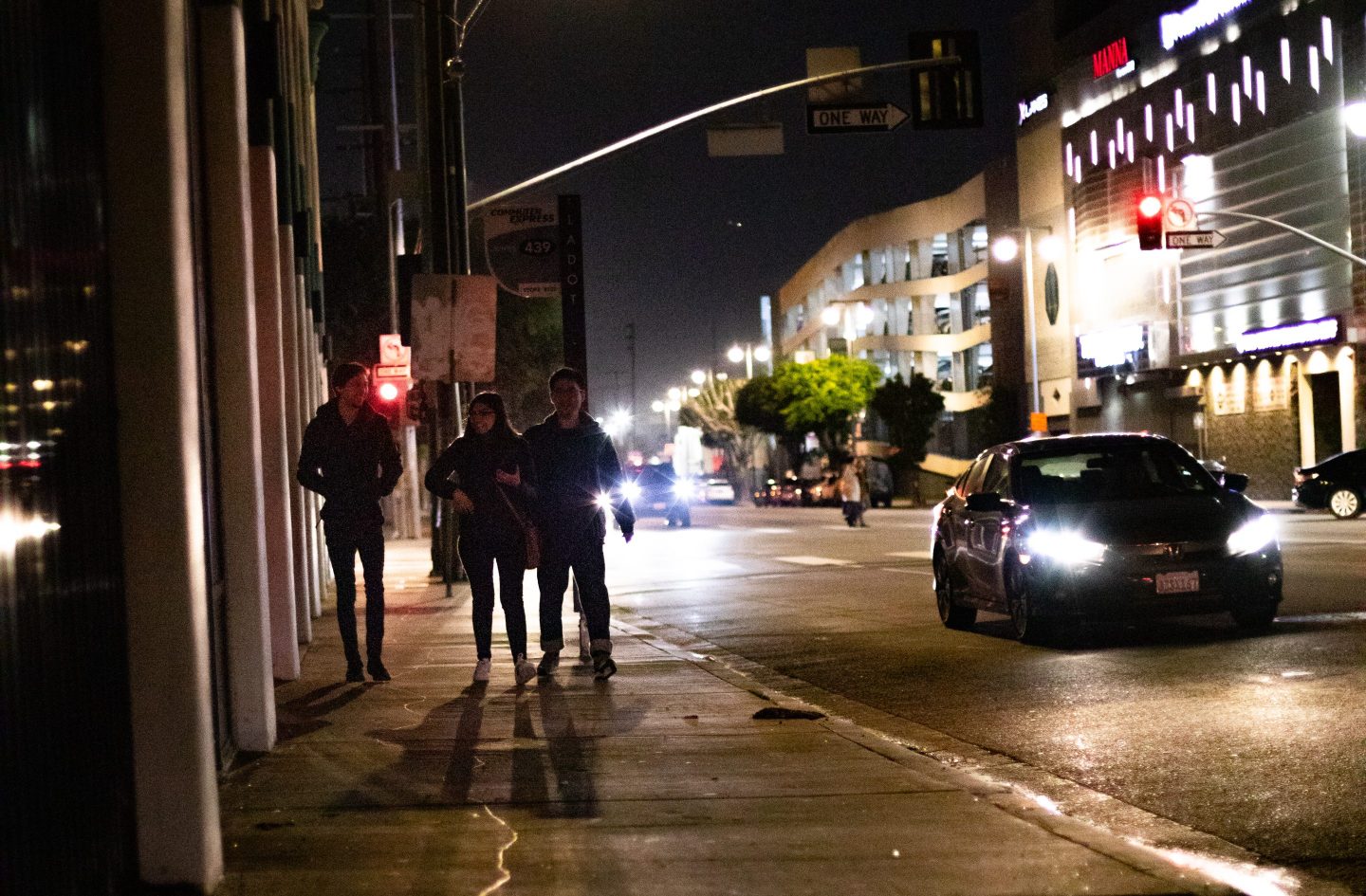 Automatic braking technology has saved lives, but still has a few kinks to work out.
John Fredricks—NurPhoto/Getty Images

Dozens of companies are working on making the dream of self-driving cars a reality, but a key feature behind every autonomous vehicle still has a few kinks.

Many carmakers’ autonomous braking systems—features that keep track of obstacles including pedestrians ahead and can automatically bring vehicles to a halt—are less likely to work when it’s dark, according to a new report by the Insurance Institute for Highway Safety (IIHS), a nonprofit group researching vehicle safety and backed by insurance companies.

The report, released on Tuesday, details a test conducted by the IIHS to gauge automatic emergency braking (AEB) systems’ ability to detect obstructions at night. The test placed dummies in positions pedestrians could be found in at night, and evaluated how different car models’ AEB systems reacted.

The results were not very encouraging for carmakers, as more than half of the 23 cars tested either failed to detect the dummy or took too long to slow down during the nighttime test.

AEB systems—which normally employ radar technology to detect a vehicle’s surroundings—were among the first self-driving technologies to emerge in the auto industry when they were first introduced in 2008 by Swedish carmaker Volvo.

The tech has since become popularized by Elon Musk’s electric car company, Tesla, which incorporates automated braking as part of its Autopilot feature that is now standard across all new models. As of last year, more than a dozen major car companies had begun implementing AEB across virtually all their new models.

But while the technology has come forward leaps and bounds and has been endorsed by regulators, drivers still should not be slacking off behind the wheel, especially when it’s dark out.

Around 7,300 pedestrians were killed last year in crashes, accounting for nearly a fifth of traffic fatalities, according to the IIHS, which found that approximately three-quarters of those fatalities are happening at night.

The report found that the difference between nighttime and daytime AEB effectiveness was as stark as, well, night and day.

During a daylight test, 19 of the 23 vehicles being evaluated earned top marks for their AEB systems’ responsiveness, while that number dropped down to 12 during the nighttime experiment.

The vehicles’ scores were assigned by how quickly cars were able to slow down when a dummy was in range. This score was then weighed against multiple different test runs when the car was driving at faster speeds or using different headlight settings.

“As we expected, most of these pedestrian AEB systems don’t work very well in the dark,” IIHS president David Harkey said in a statement.

The only car model that was able to avoid a collision at any speed and with any light setting was the Nissan Pathfinder, although it wasn’t all good news for the Japanese carmaker, as its Altima model was one of four vehicles tested to earn the lowest grade, along with the Toyota Tacoma, Honda Pilot, and Chevrolet Malibu.

However, the vast majority of these cars earned top marks during the daytime test, highlighting the difference between nighttime and daytime effectiveness of AEB.

“Eight of the 12 vehicles that earn a basic rating or no credit in the nighttime test got superior or advanced ratings in the daylight evaluation,” David Aylor, vice president of active safety testing at IIHS, who designed the experiment, said in a statement.

It isn’t the first time AEB systems have come under scrutiny for potential risks posed to drivers and pedestrians.

The technology’s ubiquity since its introduction has resulted in hundreds of complaints made to traffic regulators in recent years, with drivers reporting brakes malfunctioning, not deploying properly, and cars stopping abruptly in places like highways even with no obstacles in sight.

Issues with AEB have led to a rise in so-called phantom braking incidents, when brakes are applied for no apparent reason. Tesla vehicles alone have received hundreds of phantom braking complaints this year, and this week the company was hit with a lawsuit by a driver who likened the carmaker’s phantom braking problem as a “frightening and dangerous nightmare.”

AEB systems combined with inattentive drivers may have already led to a fatal incident in 2018, when a woman crossing the road with her bicycle was struck and killed by an autonomous Uber car.

The human backup driver, who was participating in a test run for self-driving cars, was found by the National Transportation Safety Board to have been distracted during the ride by playing videos on her phone, and largely responsible for the incident.

In the NTSB report, regulators determined that the likely cause of the crash had been “the failure of the vehicle operator to monitor the driving environment and the operation of the automated driving system because she was visually distracted throughout the trip by her personal cell phone.”

But while the safety of AEB systems when operated by distracted drivers or at night has come under higher scrutiny in recent years, studies have also proved that the technology has largely contributed to making vehicles safer.

During the day and on well-lit roads, cars equipped with AEB systems were 27% less likely to crash into a pedestrian, according to a study earlier this year by the IIHS. Another 2018 study by the IIHS and General Motors found that the rate of front-to-rear crashes was 43% lower in cars with AEB, while the injury rate dropped by 64%.