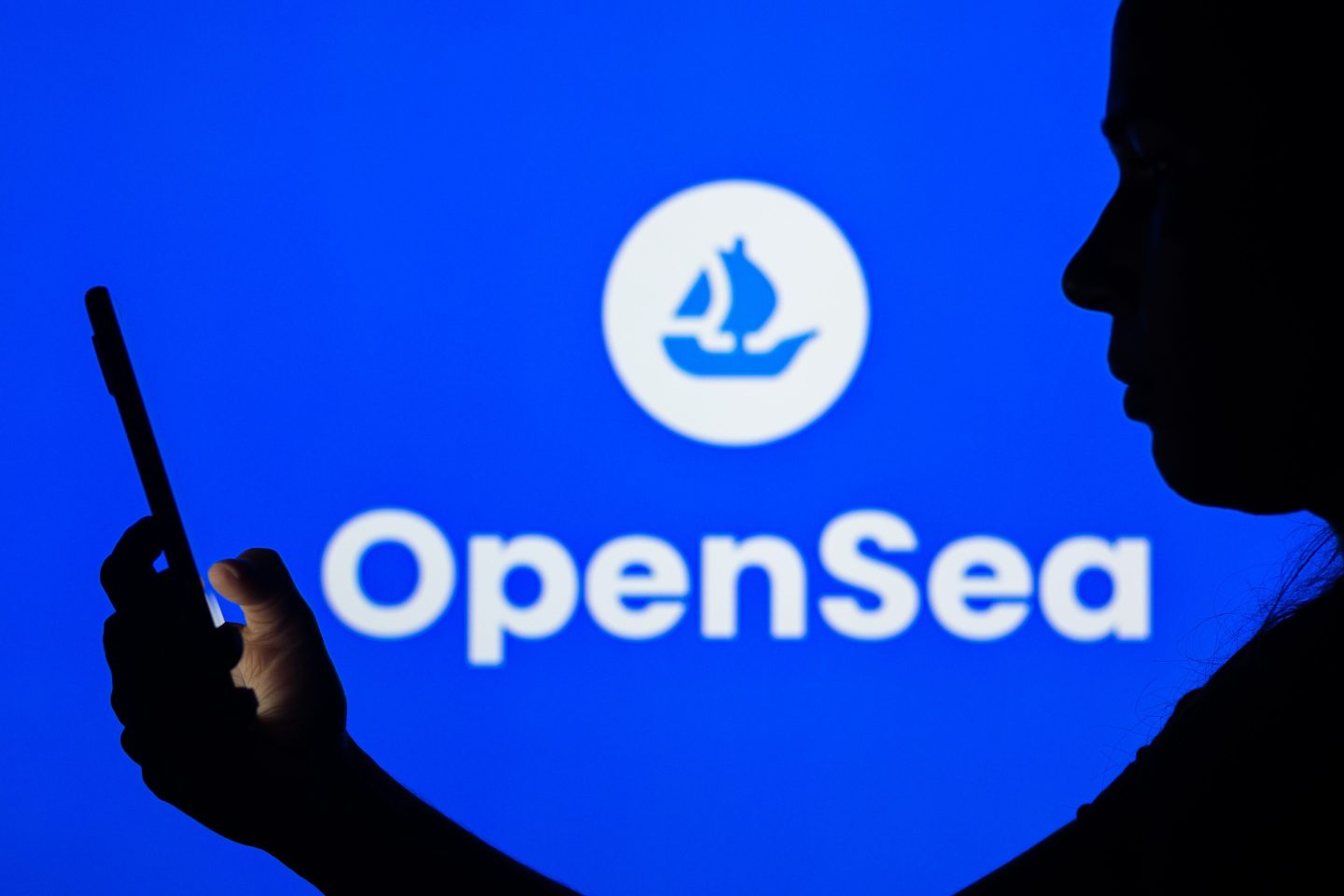 Transaction volume on OpenSea declined 99% since May 1, according to data compiled by DappRadar.
Photo Illustration by Rafael Henrique/SOPA Images/LightRocket via Getty Images

Has the NFT bubble popped?

What was once a red-hot market fueled by FOMO during the crypto bull market of 2021 is now just a trickle, with trading volume on the most popular NFT marketplace, OpenSea, down 99% in just under four months.

On May 1, OpenSea processed a record $2.7 billion in NFT transactions, but on Sunday the marketplace recorded just $9.34 million worth, according to data compiled by DappRadar. The company recorded 24,020 users on Sunday, about a third fewer than when it hit its record transaction number in May.

As trading volumes and crypto prices have fallen during a downturn that’s been dubbed “crypto winter,” the floor prices for the most popular NFT collections, which indicate the lowest price that an NFT in the collection is selling for, have also plummeted.

After this story was first published, a spokesperson for OpenSea said via email that the company disagreed with DappRadar’s methodology, noting that the 99% swing compared the site’s all-time highest trading day with one of its lowest. By the metric OpenSea prefers—ETH volume, which leaves out the effects of the cryptocurrency’s price fluctuations—trading is still sharply down. By that measure, monthly volume fell 62% from May to July, and is on track to decline further in August, according to crypto-tracking platform Dune Analytics.

OpenSea, the spokesperson added, isn’t worried about the decline in trading volume.

“We’re playing the long game because we see what’s possible, so we’re not that concerned about short-term volatility,” the spokesperson said. “We always expected frothiness, hype, and deflation as the community and use cases evolve, the tech gets more sophisticated, and creators figure out how to build more utility into their projects.”

The crypto downturn has left many retail inventors reeling. A study from Pew Research Center last week found that 46% of Americans who had put money into crypto said their investments had fallen short of their expectations.

Although crypto has become increasingly prominent over the past year, Pew found that only 16% of U.S. adults had invested in crypto, nearly the same number who said they had invested last September.

(This article has been updated to include comments from OpenSea.)