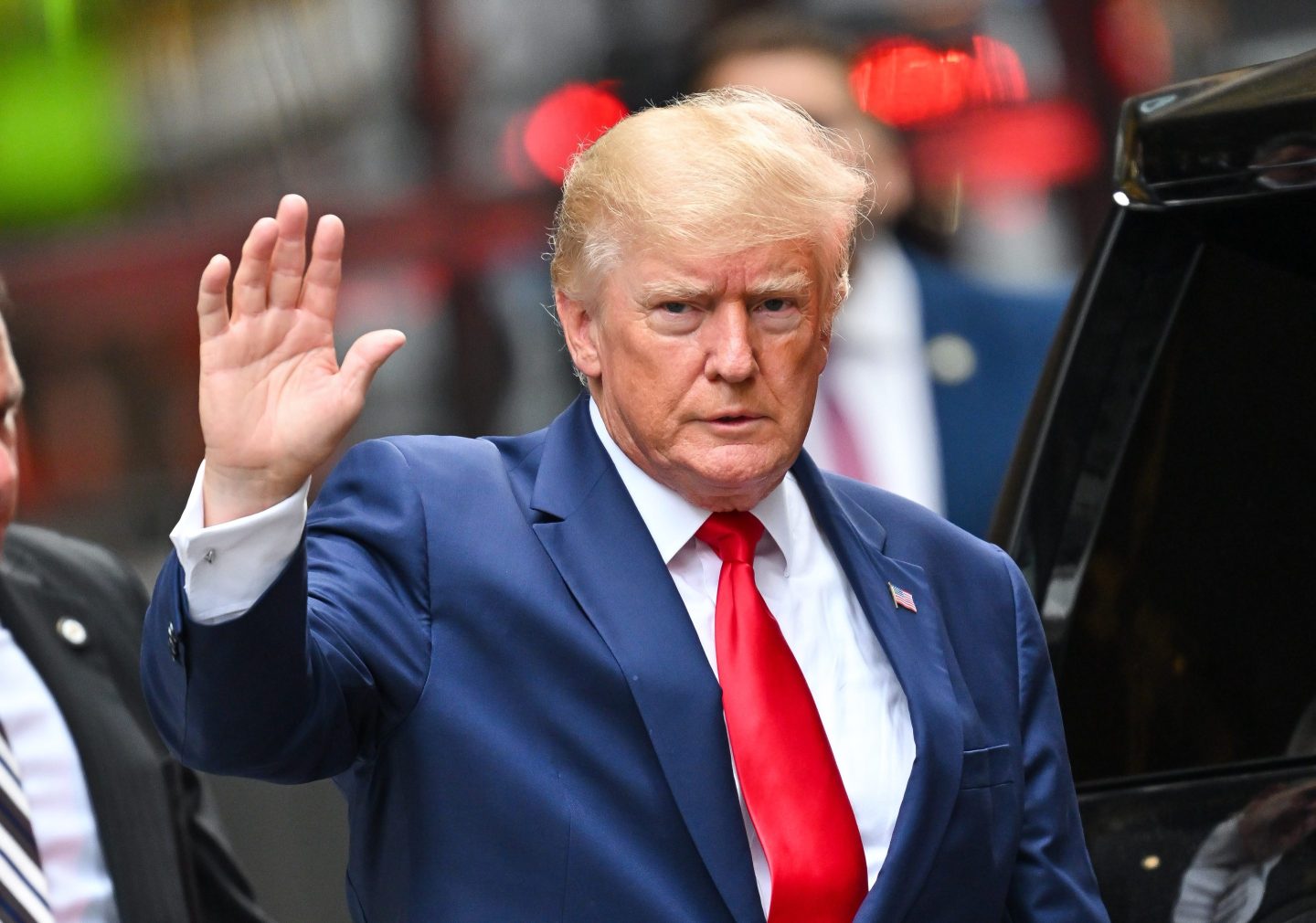 The government made the revelation in a filing Monday in a lawsuit in which Trump is seeking appointment of a so-called special master to review documents taken from Mar-a-Lago on Aug. 8, when federal agents carted away 20 boxes of records, including 11 sets of classified material.

The Justice Department’s own privilege review team “identified a limited set of materials that potentially contain attorney-client privileged information” and “completed its review of those materials.” The government is now following procedures for handling privileged material set out in the Federal Bureau of Investigation affidavit that was used to get the search warrant.

That affidavit was released Friday in heavily redacted form. It stated that a special privilege team had been assigned to search Trump’s office. According to procedures set out in the affidavit, the government could seek a court order to determine privilege, keep privileged documents away from criminal investigators or ask Trump to assert privilege in detail.

“It would not be surprising if some privileged materials are found, since we know Trump has been represented by counsel during the process of his negotiations with the government over the return of the materials,” O’Brien said. “If that is the case, it would not in any way undermine a potential criminal prosecution if the DOJ has taken steps to properly segregate the documents and wall off the review team from interactions with the investigative team.”

The special master case is before a different judge from the one who authorized the search warrant and ordered the release of the redacted affidavit. In his Aug. 22 suit, Trump complained that US Magistrate Judge Bruce Reinhart in West Palm Beach approved the Justice Department’s filter protocol “without input from the defense.”

“The result is a protocol that is plainly ineffective—it simply does not ensure that prosecution team members will not access or become aware of privileged materials particularly as the filter team’s leader is a deputy to the lead prosecutor in this matter,” according to Trump’ suit.

The Justice Department is due to file a more detailed public response to Trump’s lawsuit by Tuesday as part of Cannon’s order over the weekend. Trump will then get to respond by Aug. 31.

Attorney-client privilege covers many communications between a lawyer and client, but there are important exceptions, including for communications that are made in furtherance of a crime. Such privilege also only applies to legal advice. A special master was appointed to review documents seized in searches of Trump lawyers Rudy Giuliani and Michael Cohen, but she determined only a handful of documents were privileged.

The Mar-a-Lago situation is further complicated by the fact that Trump’s suit not only asserted attorney-client privilege but executive privilege as well. The Justice Department’s filing on Monday doesn’t include a reference to any such material, and many legal experts doubt that an ex-president can assert that privilege.

In her Saturday order, Cannon further directed the Justice Department to file under seal a more detailed list of property seized from Trump’s home and explain the status of the government’s own review of the material. The sealed document must describe “any filter review conducted by the privilege review team and any dissemination of materials beyond the privilege review team,” she said.

The Justice Department in its Monday filing said it was currently undertaking a review of the material along with the Office of the Director of National Intelligence, which was also undertaking a separate assessment of whether the documents compromised national security.

Trump has denied wrongdoing and offered a variety of explanations for the presence of classified documents at his home, including that he had a “standing order” to declassify records he took and that FBI agents may have planted evidence during the search.