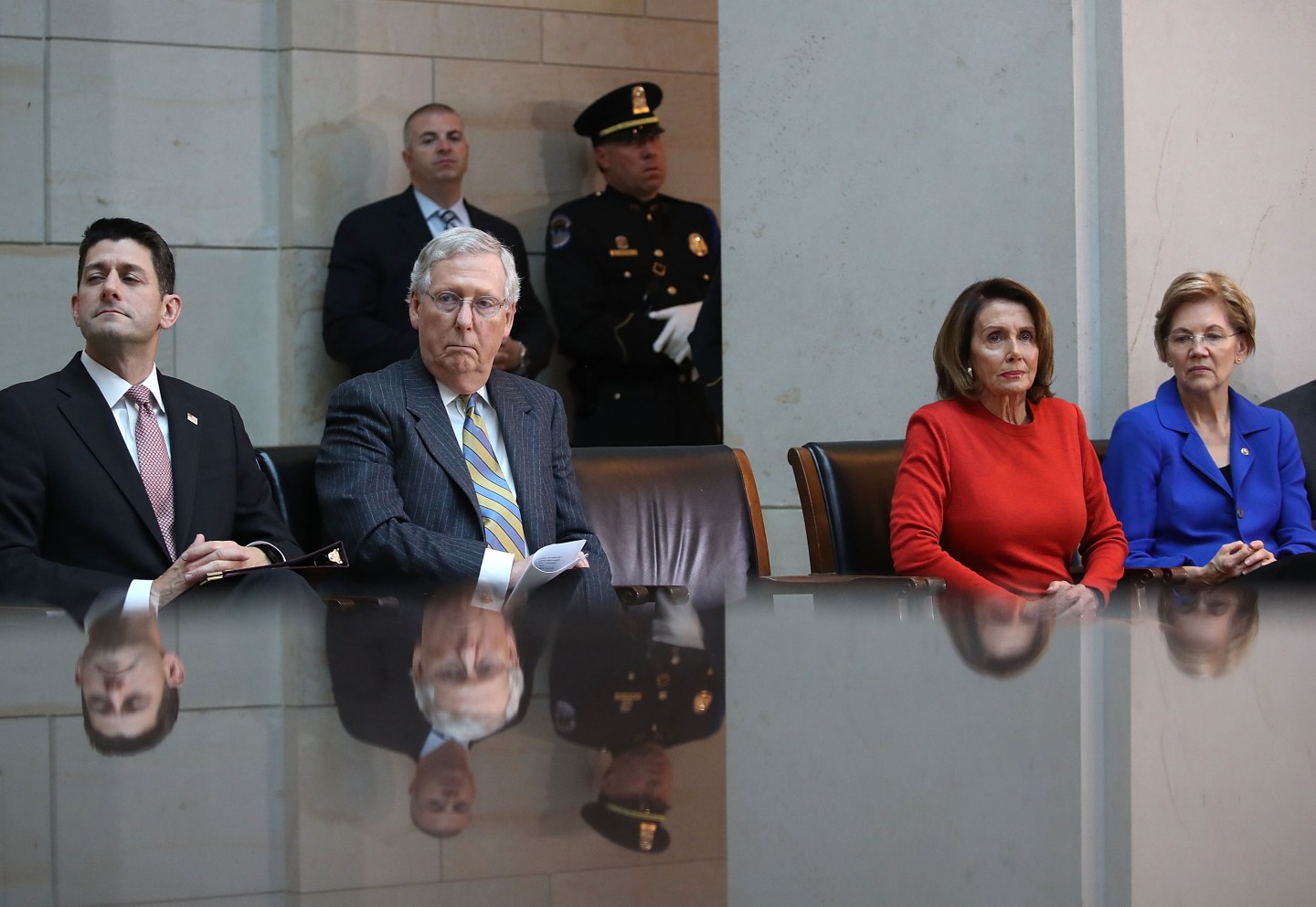 McConnell and Warren, in a rare picture of them together (with Paul Ryan and Nancy Pelosi).
Getty Images

There’s one thing that’s absolutely certain about Biden’s student debt forgiveness: Congressional Republicans hate it, and they’ve been quite vocal about it. In response, Democrats are highlighting just how cheap college was for many of the Republicans who don’t want to forgive any student debt now.

On Wednesday, President Joe Biden announced his plan to forgive up to $10,000 in student debt for federal borrowers earning less than $125,000 annually—$250,000 for families—and up to $20,000 for recipients of a Pell Grant. He also announced that he’d be extending the payment pause, implemented early on in the pandemic, to Dec. 31.

Democrats largely cheered him on and Republicans almost unanimously did the opposite. The White House Twitter account even added to the discussion, blasting several conservative leaders, who it says were recipients of PPP loans-and had their debt forgiven just a year ago or so.

But now Democrats are highlighting something else —how cheap college was when many of these Republican critics were attending. They just didn’t have the same kind of debt to be forgiven.

“Senator McConnell graduated from a school that cost $330 a year” Sen. Elizabeth Warren wrote on Twitter Thursday. “McConnell has done nothing to fix” skyrocketing college tuition, she said, “and is irate that the President is stepping up to help millions of working Americans drowning in debt.”

McConnell graduated from the University of Louisville in 1964. His tuition back then was $330, as Warren pointed out. The cost of tuition now is a little more than $12,000, according to the university’s website.

Warren has advocated for student debt cancellation for years, and she was one of many Democrats who applauded Biden’s forgiveness plan, saying it’s one of the “biggest acts of consumer debt relief in American history,” that will help the working and middle class. Although her tone changed when addressing Senate Minority Leader Mitch McConnell directly, who called the policy “unfair” and “a slap in the face” to working families.

Like other congressional members, McConnell’s tuition expenses were previously released in a sort of virtual yearbook titled “When Congress Went to College,” by a New York public policy organization.

The White House Twitter account also shared a chart to illustrate the cost increase that’s come with attending college at this time.

“Since 1980, the total cost of both four-year public and four-year private college has nearly tripled – but federal support has not kept up,” it wrote Friday. “By providing targeted debt relief, @POTUS’ student loan debt plan will provide middle-class and working families with more breathing room.”

The chart shows that in 1980 the average cost of four-year, public university tuition was around $8,000 versus 2021’s average of $22,000. In the chart, the maximum Pell Grant values were placed below and showed a very slight increase.

Regarding the dramatic difference between what McConnell paid and what college students pay now, Warren added: “He can spare us the lectures on fairness.”

Update, August 26, 2022: Paragraph nine of this article was updated to replace one group of lawmakers with another, as the latter group all made direct criticisms of Biden’s student debt relief.