McDonald’s board shake-up reveals a critical problem in executive ranks: a lack of transparency 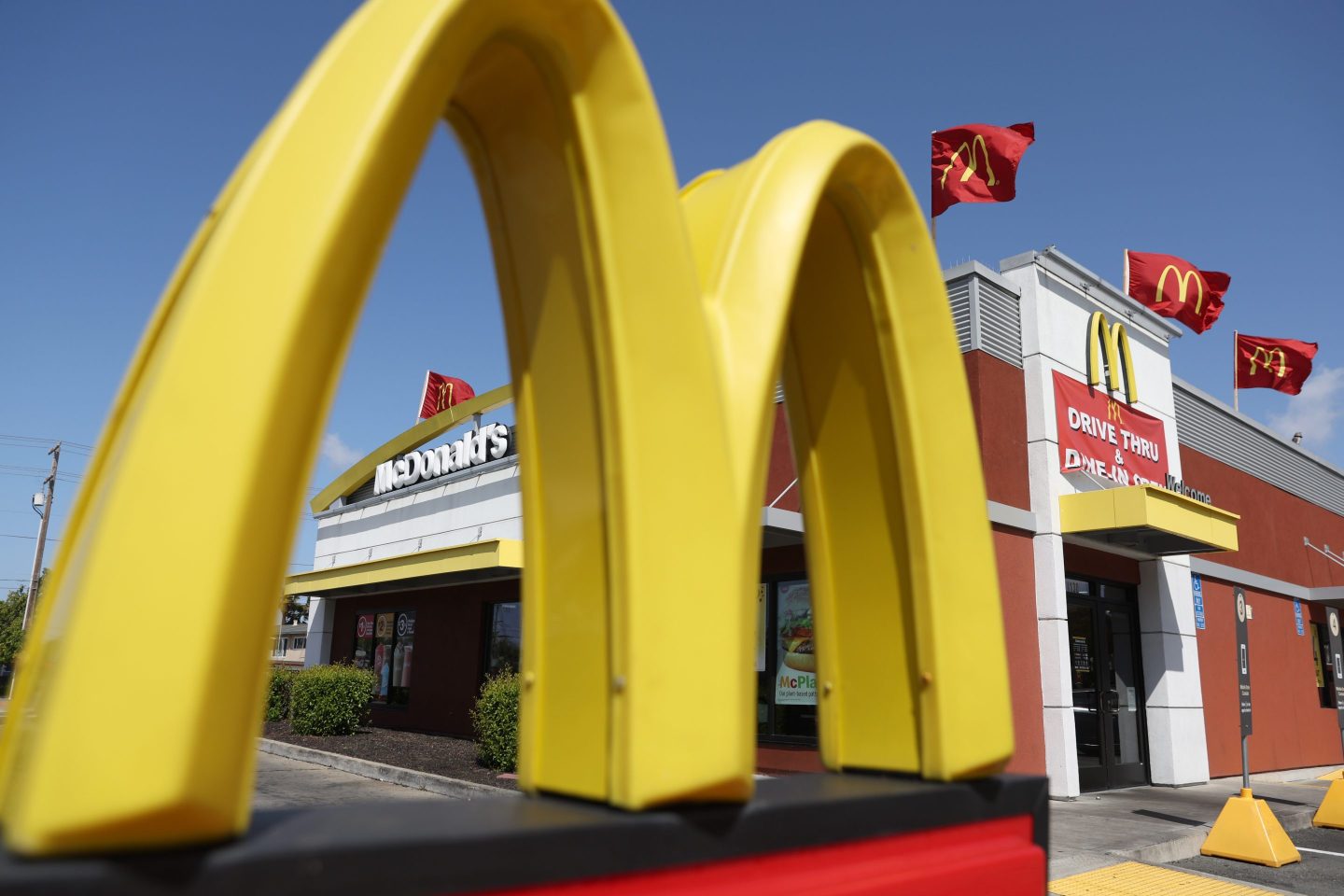 It was nearly impossible to miss this week’s news about McDonald’s sweeping boardroom changes. A few questions immediately emerged: Why now? What sparked the overhaul? And what does this change portend about McDonald’s future?

Fortune spoke to management and leadership experts who highlighted the unusual timing of the moves and a lack of clarity around the board changes. They also noted a longstanding issue when it comes to corporate governance: a lack of transparency. Here’s an excerpt from my piece published this morning:

“McDonald’s served some mystery this week—but, thankfully, not between sesame seed buns.

The fast-food giant announced on Monday that Sheila Penrose, a 16-year board member, will step down from its board next month, and three new directors will join: Tony Capuano, Marriott International CEO; Amy Weaver, Salesforce CFO; and Jennifer Taubert, worldwide chairman of pharmaceuticals for Johnson & Johnson. In all, the board will have 14 members.

Companies constantly make changes to their boards, but the timing of McDonald’s board reshuffle seems peculiar, as does the ouster of a veteran director. The company has largely kept mum about what sparked the board change, saying only that Penrose is retiring. The lack of outward-facing clarity as to what prompted these changes—at a public company, nonetheless—underscores an issue management experts have decried for years: corporate boards have not made terrific progress toward transparency.

‘There’ve been calls for more transparency around corporate governance for decades, and it seems that it is improving,’ says Jason Schloetzer, professor of management at Georgetown University’s McDonough School of Business. ‘But it’s improving at what seems like a glacial pace compared to the dynamics of the business environment over that period of time.’

To be sure, McDonald’s ‘did a good job of explaining’ why the new directors were appointed, Schloetzer concedes. The company, at least cosmetically, appears to be responding to shareholder pressure around digital engagement (Weaver’s area of expertise), franchisee relations (Capuano’s strength), and global health concerns (where Taubert can bring insight).

However, the timing of Penrose’s resignation raises questions.”

“When you're joining a mothership, you're buying into some level of core identity and trying to create something bigger than each of you as independents. When a mothership buys a very powerful, passionate brand, with that passion comes divergence sometimes. Now as people look at brands, they will look at their social and political positions, if they exist, as part of due diligence, which you never would have thought of before.”

—Clarke Murphy, former CEO of Russell Reynolds, discusses with Fortune the corporate governance lessons gleaned from the legal battle between Ben & Jerry’s independent board and Unilever, the brand’s parent company.

👓Read: Texas just banned BlackRock, UBS, Credit Suisse, and more than 300 ESG funds from doing business with the state, accusing the firms of "boycotting" fossil fuel companies. It's not the first Republican-led state to take on "woke capitalism" and ESG investing in recent weeks. And it’s not expected to be the last. Bloomberg reports on how the finance industry is fighting back.

🎧Listen: ICYMI, Chris Hyams, CEO of Indeed, joined Fortune’s Leadership Next podcast earlier this month. Among many of the data-driven insights he shared, Hyams discussed the long-term trends that lead him to believe the labor shortage will continue.

📖Bookmark: When you’re ready to dig into the backstory of Ben & Jerry and Unilever’s clash over sales of the ice cream brand in the West Bank and east Jerusalem, start with this interview with Wall Street Journal reporter Saabira Chaudhuri.

Happy anniversary to the Modern Board! 🎉

Fortune launched the Modern Board newsletter one year ago this week “for reasons that should be obvious,” CEO Alan Murray wrote at the time. “The three mega trends affecting all businesses—the explosion in business technology, the rising attention to stakeholder demands, and the rethinking of work and office—are heaping huge new burdens and responsibilities on corporate board members.” This newsletter was created to help directors find their way through shifting territory and learn from others who have traveled the same roads.

The past year has brought readers stories about supporting C-suite leaders, embedding diversity and inclusion into boardroom strategy, and navigating changing norms and expectations. (Find a few stories that are emblematic of the newsletter’s mission, here.) As we head into a second year, we’d love to hear from Modern Board readers.

Respond to any or all of these prompts by emailing me at lila.maclellan@fortune.com. Can’t wait to hear from you.

McDonald’s wasn’t the only company with boardroom shake-ups this month. After a disastrous summer for airlines, the U.K.’s EasyJet announced the departure of three board members and their replacements. Taking off are Nick Leeder, a former Google executive, Julie Southern, former CCO and CFO at Virgin Atlantic, and Andreas Bierwirth, CEO of Magenta Telekom. Arriving are Harald Eisenächer, a former Lufthansa executive, Detlef Trefzger, former CEO of logistics company Kuehne + Nagel, and Ryanne Van der Eijk, a KLM veteran.

- The founder of Sculptor Capital Management accused the hedge fund’s current CEO of manipulating the board to secure $146 million in compensation.

- CEOs with tech backgrounds are in demand...outside the tech industry.

- After catering to stressed-out parents during the pandemic, companies are cutting back on childcare benefits.

In a new book, Servants of the Damned, journalist David Enrich turns a spotlight on the large corporate law firms that have become “highly effective enablers of the business world’s worst misbehavior.” A just-published excerpt describes how Jones Day—the global powerhouse that represented the GOP during its attempts to overturn the results of the 2020 election—has also built a legal practice that’s pushing the U.S. judicial system to the right.

“In mid-November 2020, [Kevyn] Orr convened a pair of videoconference calls for the lawyers under his domain in Washington. The first was with partners. Orr got as far as asserting that Jones Day was not trying to overturn the election and was simply litigating a constitutional issue. Then the normally staid meeting disintegrated. That’s a semantic distinction! one partner angrily interjected. The call intensified. Another partner said that the company’s identity seemed to be at a crossroads and that it was not clear which way it was headed. Others said they were considering quitting.

Sparkle Sooknanan, one of the firm’s young stars, also spoke up. Born in Trinidad and Tobago, she had set out to New York at age 16, paid her way through college and law school and landed clerkships for federal judges, including Justice Sonia Sotomayor. Sooknanan had become a Jones Day partner earlier in the year at age 36. Now, on the call, her voice trembled as she denounced the firm’s work in Pennsylvania. ‘This lawsuit was brought for no other reason than to deprive poor people of the right to vote,’ she said.”

Read the rest here, and have a great weekend.