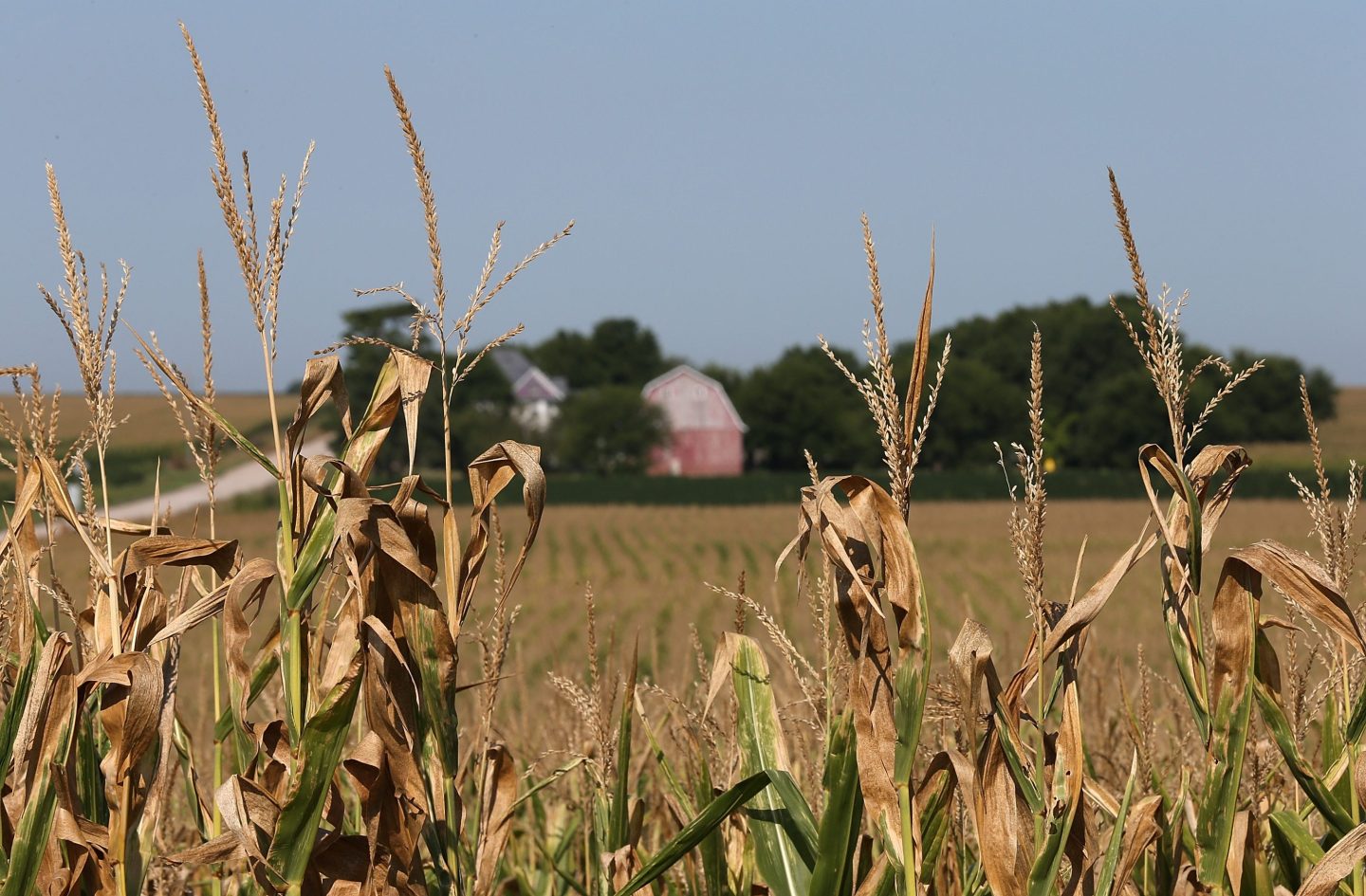 After drought shriveled U.S. corn plants in the western crop belt, all eyes have been turning to Iowa to help save the national harvest. Instead, the fields in that state have been “underwhelming,” “disappointing,” and just “not great.”

That’s what scouts found on Thursday as they toured the heart of Iowa, the biggest national corn grower. While there were some bright spots in the northeast corner of the state, heat and dryness dragged down crops in other regions. Most of those fields were in worse shape than they were last summer, and some were even trailing historical averages.

Iowa is critical to corn output in the U.S., the world’s top producer and exporter. Without a bumper harvest in the Hawkeye State, it’s unlikely that acres from the eastern half of the crop belt will be able to make up for the losses recorded earlier this week in the west. All that adds up to the possibility of a national production deficit and more global food inflation.

The findings helped to lift crop futures Friday, with prices for both corn and soybeans climbing as much as 2.2%.

“Iowa was disappointing on my route, especially on corn,” said Mark Bernard, a crop consultant for Agro-Economics. He was a scout on the eastern leg of the Pro Farmer Midwest Crop Tour, which concluded on Thursday.

After four days of measuring the yield outlook in Iowa, Illinois, Nebraska, Minnesota and South Dakota, the scouts are coming back with discouraging news for a world that’s dealing with high grocery bills and rising levels of hunger.

Drought was the watchword of the week: dry soils plagued the tour participants throughout the western crop belt. Even in the east, where plants received more rain, yields were still looking a bit mediocre. Some evidence of crop disease and pest infestations also added to the woes.

“Everyone is really concerned with all of the heat stress across the northern hemisphere this summer,” Farm Futures analyst Jacqueline Holland said by phone. “This just keeps supplies tight.”

In Iowa, fields were decidedly average. Scouts observed lush-looking plants, but there were also cracks in the soil, indicating some issues with moisture. Altogether, it wasn’t a failure, like what was found in parts of Nebraska, but nothing spectacular. And critically, yields weren’t high enough to make up for the damage in other states.

“I don’t think eastern production will be enough to compensate for the western losses,” Bernard said.

Corn, one of the world’s most-important crops, is used in everything from animal feed to biofuels and sweeteners. A U.S. deficit of the grain would put more pressure on farmers in Brazil to reap a bigger harvest and help replenish global stockpiles. Still, South American crops won’t be collected until months from now. So in the meantime, the world is dealing with a very tight market.

The Pro Farmer tour did, however, point to some good news for US production of soybeans.

Soy crops in Iowa have been maturing well, with most out of the flowering stage of development. Fields of vibrant green plants sparkled in the sun, like an emerald rug blanketing the earth.

“I don’t have too many worries with the soybean crop at this point,” said Brian Grete, leader of the eastern leg and editor for the Pro Farmer Newsletter. “They just need a few more rains and warm weather.”

—With assistance from Elizabeth Elkin and Michael Hirtzer.