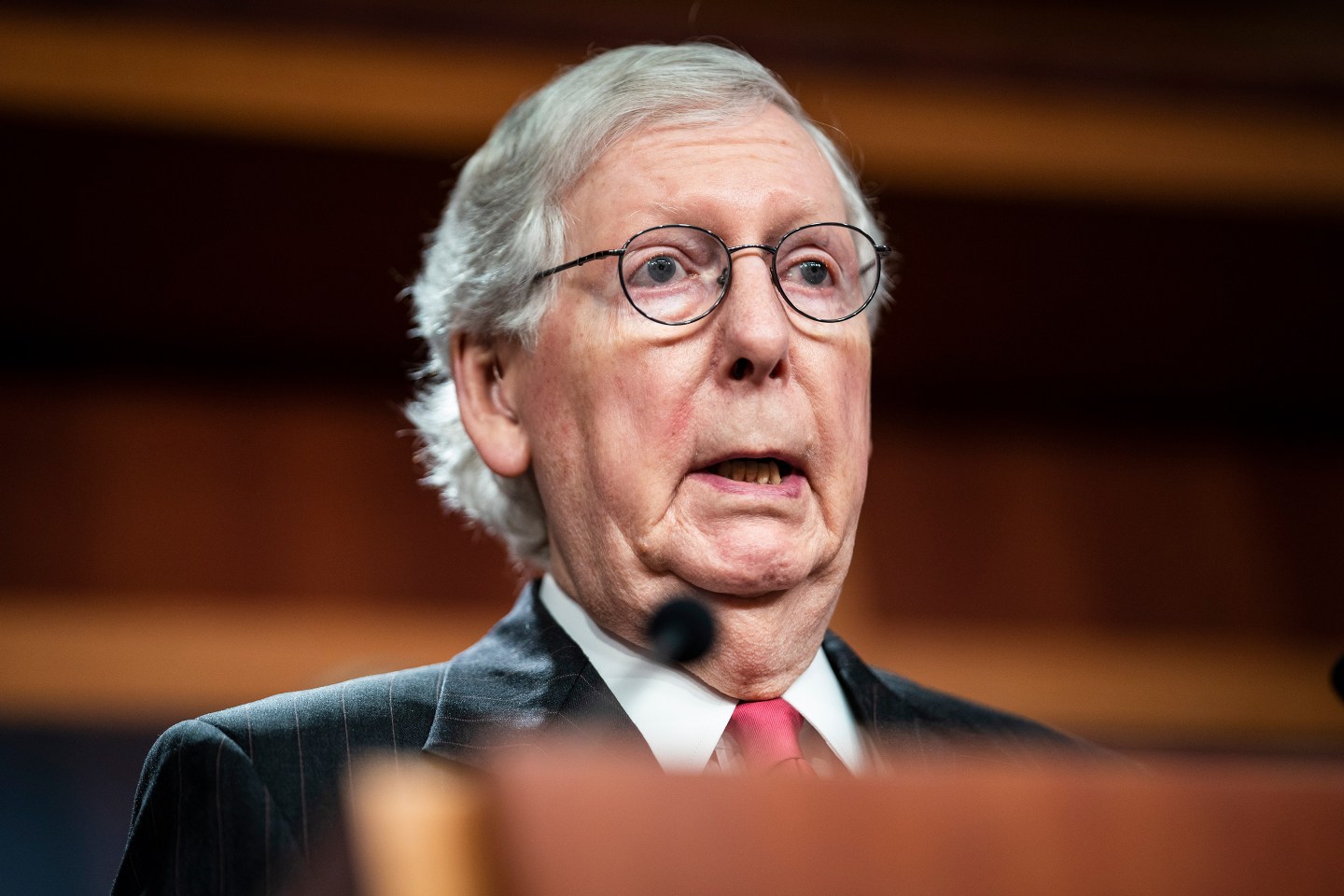 President Joe Biden delivered on one of his central campaign promises on Wednesday by announcing a plan to forgive federal student loans.

“President Biden is canceling up to $20,000 of federal student debt for as many as 43 million Americans—a powerful step to help rebuild the middle class,” Warren tweeted. “This will be transformative for the lives of working people all across this country.”

But many Republicans, who have opposed the idea of any debt relief program for years, swiftly condemned the decision, saying it would make inflation worse and benefit wealthy Americans.

“President Biden’s student loan socialism is a slap in the face to every family who sacrificed to save for college, every graduate who paid their debt, and every American who chose a certain career path or volunteered to serve in our Armed Forces in order to avoid taking on debt,” he wrote. “This policy is astonishingly unfair.”

In the statement, McConnell cites inflation concerns alongside an analysis published this week by the Penn Wharton Budget Model that estimated that the loan forgiveness plan would most heavily impact households in the top 60% of the income distribution.

That analysis, however, does not factor in an unexpected but key part of Biden’s plan, which doubles relief for recipients of federal Pell Grants, a type of aid that targets students with exceptional financial need. Under Biden’s plan, people earning less than $125,000 are eligible for $10,000 loan forgiveness, but Pell Grant recipients could see up to $20,000 of their burden forgiven. The Department of Education estimates that out of 43 million people who will have at least part of their student loans forgiven, 27 million borrowers will benefit from that extra relief.

Even excluding the Pell Grant provision, about one-third of the total student loans forgiven will benefit households earning less than $50,795 a year, according to a study by the University of Pennsylvania released yesterday. And only 14% will go to households earning more than $141,096 per year.

Kevin McCarthy, the House minority leader, posted a statement to his official website. “Even liberal economists warn Biden’s bailout for the rich, like lawyers who have the earning potential to pay off their loans, would only fuel more inflation.”

McCarthy is referring to comments made earlier this week on Twitter by economist Larry Summers. “I hope the Administration does not contribute to inflation macroeconomically by offering unreasonably generous student loan relief or microeconomically by encouraging college tuition increases,” he wrote on Monday.

Summers, however, is not totally opposed to student loan forgiveness. “If relief is to be given it should not set any precedent, it should only be given for the first few thousand dollars of debt, and for those with genuinely middle class incomes,” he wrote.

Meanwhile, Sen. Ted Cruz (R-Tex.) took to Twitter to voice his criticism. “This is just a Hail Mary before midterms,” he wrote, also citing inflation as a primary concern.

The decision could ultimately help motivate voters during this fall’s midterm election. Earlier this year, a poll by progressive think tank and polling firm Data for Progress revealed that 45% of voters in Arizona, Georgia, Pennsylvania, and Wisconsin would be either “somewhat more likely” or “much more likely” to vote if Biden canceled at least $10,000 in loans.