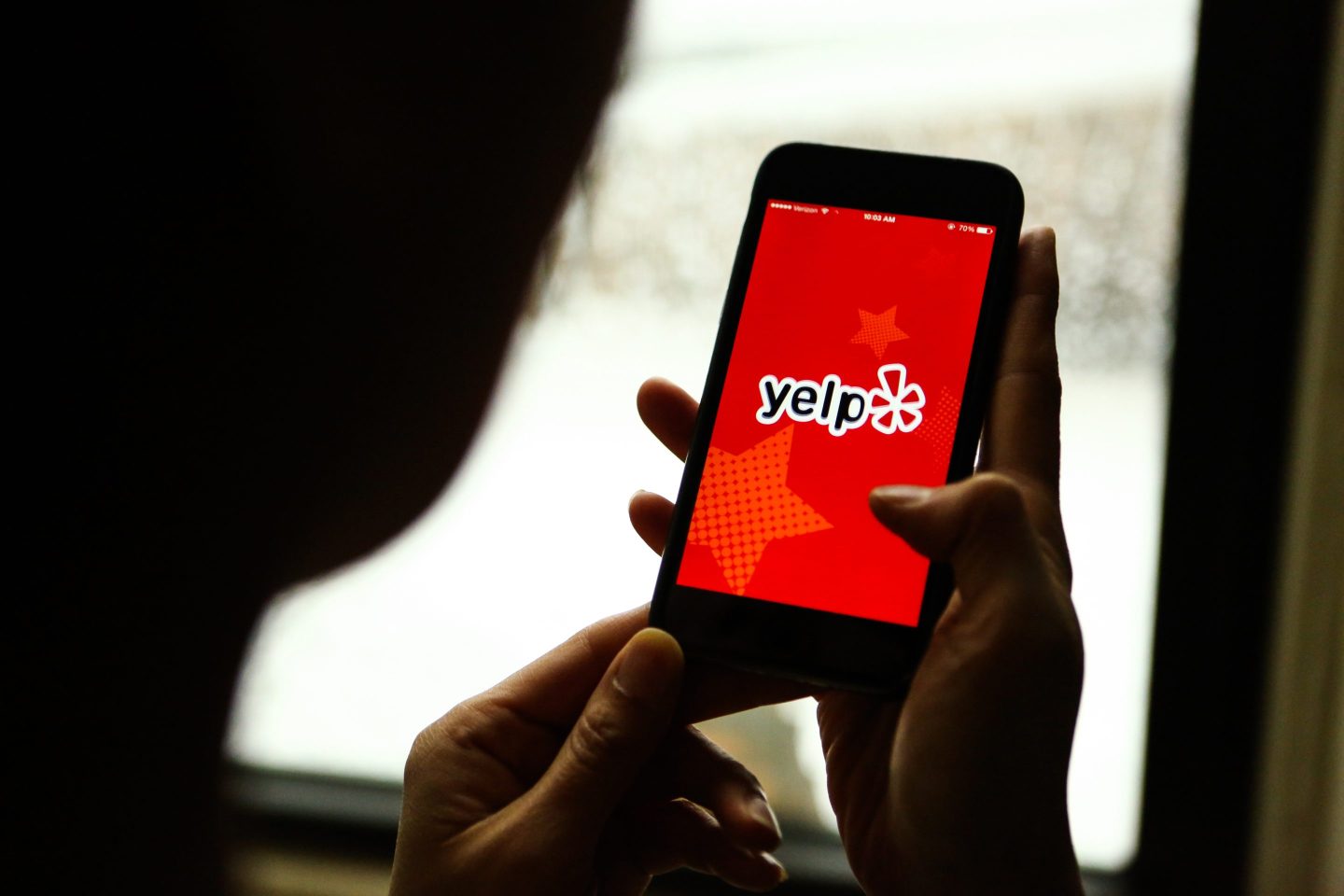 People who come across crisis pregnancy centers on Yelp will now be met with a disclaimer that explains what the center doesn’t provide: abortion services.

Yelp’s policy change means it now flags the centers, which often try to deter patients from getting abortions, as places that “provide limited medical services and may not have licensed medical professionals onsite.” The rule will apply to religious and secular facilities in the U.S. and Canada.

“The trust and safety of our community is a top priority, which is why providing consumers with reliable and useful information to help inform their decisions is critical to our mission—this includes access to reliable information about reproductive health services,” said Noorie Malik, Yelp’s vice president of user operations. She said the update is an effort to “further protect consumers from the potential of being misled or confused.”

The crisis centers, known as CPCs, vastly outnumber abortion providers in the U.S. and often set up shop near existing abortion clinics. According to a 2015 report by pro-abortion rights group NARAL Pro-Choice America, there were around 2,500 CPCs in the U.S., and at least 23 states have laws that support CPCs. By contrast, the number of open abortion clinics has been dwindling in recent years, due to restrictions and bans at the state level. The U.S. Supreme Court’s decision in June to overturn Roe v. Wade has accelerated that trend: 43 clinics in seven states have stopped providing abortion care due to trigger laws and bans, the Guttmacher Institute, a pro-abortion rights research group, reported in July.

Search engines have faced growing pressure from abortion-rights groups to crack down on advertising from CPCs. In 2019, Google updated its policies so that any company that wants to run ads against abortion-related keywords must disclose whether they provide abortion services or not. Google Maps also labels whether a clinic provides abortion services or is a “pregnancy care center.” Even so, a Bloomberg analysis of Google Maps listings found that at least a quarter of results related to a search for “abortion clinic” were for CPCs.

Both pro-abortion rights and anti-abortion U.S. lawmakers have pressured Google on its CPC policies in recent months.

In June, Democratic Senators and Congress members wrote a letter asking Google Chief Executive Officer Sundar Pichai to further limit CPC results when a user searches for abortion services. “Google should not be displaying anti-abortion fake clinics or crisis pregnancy centers in search results for users that are searching for an ‘abortion clinic’ or ‘abortion pill,’” the legislators said. They added that if the platform decides to keep such results, they should be “appropriately labeled.”

At Yelp, a site used to find businesses and reviews, search results routinely come up empty if someone searchers for abortion services in a location where there are none, a 2019 Rewire report showed.

Yelp said it had re-categorized 470 businesses as crisis pregnancy centers last year. The new disclaimer will ultimately help both people who are seeking pregnancy services and those looking for abortion care, Malik said.