Women are increasingly being hired for CFO roles this year, says an executive search firm president 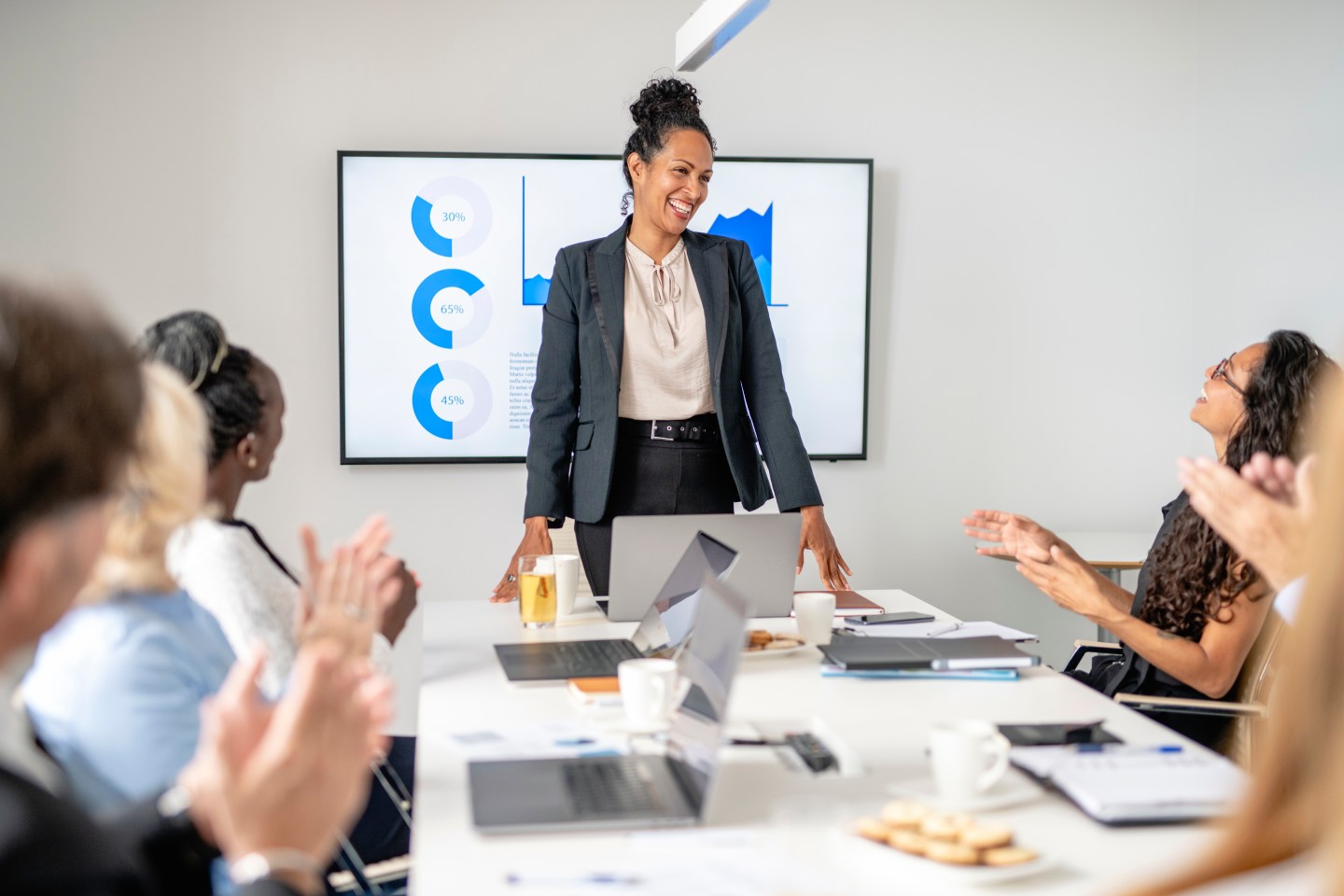 Over the past year, I’ve had the opportunity to speak with dynamic women in the CFO role. I always ask them if they have advice for other women seeking to reach the C-suite.

“Seek mentors in your industry that are proven leaders who can help you to further your skill set on all fronts,” is part of the advice Christiana Spade, AMC Networks’ CFO and COO who will become CEO next month, recently told me.

I also ask their opinion about diversity in financial leadership roles. “We need more pipelines in finance,” Tracey T. Travis, EVP and CFO at The Estée Lauder Companies once told me. “It’s a great career for women, in general. So, we need more women and certainly more women of color.”

Last year, 15% of CFOs at Fortune 500 and S&P 500 companies were women, an all-time high, according to a report released in January by executive search firm Crist Kolder Associates. Considering how low that percentage is, it indicates we still have a long way to go.

So, now that we’re in the second half of 2022, is there continued progress in appointing women to CFO roles? Shawn Cole, president of Cowen Partners Executive Search, based in Vancouver, Wash., has some insight.

Using publicly available data, Cole says the firm has tracked more than 250 CFO appointments as of July 22 at Fortune 500 and S&P 500 companies, and other companies known to the general public, he says. The analysis includes company finance chiefs, as well as divisional and global CFO positions.

Most CFO hires in 2022 have been white males, but about a third of first-time CFOs and those promoted, have been women, he says of the company’s calculations. And of that total, he also says, 19% have been women of color. The report includes a list of the companies Cowen tracked with new CFOs so far this year, such as Walmart, Pfizer, crypto exchange Binance.US, and tech company Klaviyo.

“I believe the reason we are seeing more female CFOs now is that for years companies have invested in hiring women at levels that allow for leadership development,” Cole tells me. “Now, there is a bench of qualified candidates. We now see more female VPs we and others can pull from. Additionally, internal promotions are a risk on an untested, unproven executive, but companies are taking that risk and they are taking it increasingly on women and people of color – because they have a bench to draw from.” One of the report findings is that women of color were more likely to have earned their first-time CFO positions as a result of internal promotions, Cole says.

He also says the focus on women of color in financial leadership positions is fairly new.

“The last five years have seen a strong demand for women,” he explains, “though, the roles have mostly gone to white women. After the reckoning brought on by George Floyd’s killing two years ago, companies have been seeking specifically people of color. Half of all our searches are mandated diversity searches where the client wants to only see candidates of color.”

Cole adds: “I’m of the opinion that companies should reflect the communities they serve, and many do not. An all-white executive team and board sends a bad message to a historically diverse community.”

Cowen Partners’ research also found that women of color who became CFOs tended to have more professional credentials, such as a CPA, according to Cole. “Diverse candidates always have more credentials, extensive credentials CFA, CIA, CMA, etc.,” he says.

“I think they think they need more credentials [for advancement],” and many are deciding to obtain them, even if it’s not required by their employers, Cole says. “A white male will argue with me that they are qualified for the job, and that doesn’t ever happen with more diverse candidates,” he says.

However, credentials are often preferred, not a requirement, Cole says. “Leadership, soft skills, and professional experience are the most important.”

PwC Pulse Survey: Managing business risks found that U.S. business executives view cybersecurity (40%) as the No. 1 business risk facing their companies over the next 12 months. And just 30% see recession as a serious risk. Sixty-two percent of executives think it's likely inflation will remain high. The majority (83%) are focusing the business strategy on growth, which is more than any other objective. When asked what changes their companies are planning to make in the next 12 months about half are increasing investments in digital transformation (53%), IT (52%) and cybersecurity and privacy (49%). And 48% are increasing investment in customer experience. However, 22% of companies are scaling back investments in real estate. This is likely a response to hybrid and remote work, investments in real estate are declining more than any other area of the business, according to PwC. The findings are based on a survey of 722 C-suite leaders, such as CFOs, CHROs, CTOs, COOs and CMOs and other executives, conducted Aug. 1-5.

"Why Does Your 'New' Strategy Look Just Like Your Old One?," a new report in Harvard Business Review, explains that although strategy should be a creative exercise, many companies frequently end up with plans that are similar to previous ones. To avoid this, strategy expert Graham Kenny describes a three-step process: 1) be open to ideas from external stakeholders, 2) examine where your performance is failing, and 3) study companies in other industries that have solved these problems, according to the report.

Amy Covert was named CFO at VitalConnect, Inc., a remote and in-hospital wearable biosensor technology company. Covert brings more than 20 years of experience to the role, in both public and private companies, primarily within healthcare. She joins VitalConnect from HoverTech International, a medical device company, where she had served as CFO since 2019. At HoverTech, Covert had responsibility for finance and accounting as well as the operational organization. Prior to HoverTech, she held various financial leadership roles at BioTelemetry, Inc., a remote cardiac monitoring company.

Dixit Joshi was named CFO at Credit Suisse Group, effective October 1. Joshi will replace David Mathers who decided to step down after more than 11 years in his role as previously communicated. For the past five years, Joshi served as Group Treasurer at Deutsche Bank. During his career spanning three decades, he held various senior investment banking roles across different geographies. Previously, Joshi served as Deutsche Bank’s Head of the Fixed-Income Institutional Client Group, Listed Derivatives and Markets Clearing as well as Head of Global Prime Finance and Head of APAC Equities in Hong Kong. Before joining Deutsche Bank in 2011, Joshi held senior roles at Barclays Capital. Between 1995 and 2003, he worked for Credit Suisse in New York and London, having started his career in 1992 at Standard Bank of South Africa.

—Patrick Criteser, president and CEO of Tillamook County Creamery Association, a 113-year-old, billion-dollar dairy co-op in Oregon, on the benefits of fluid company culture, as expressed in a Fortune opinion piece.