U.S. taxpayers are investing $375 billion in climate change. These 4 states are already ahead of the curve 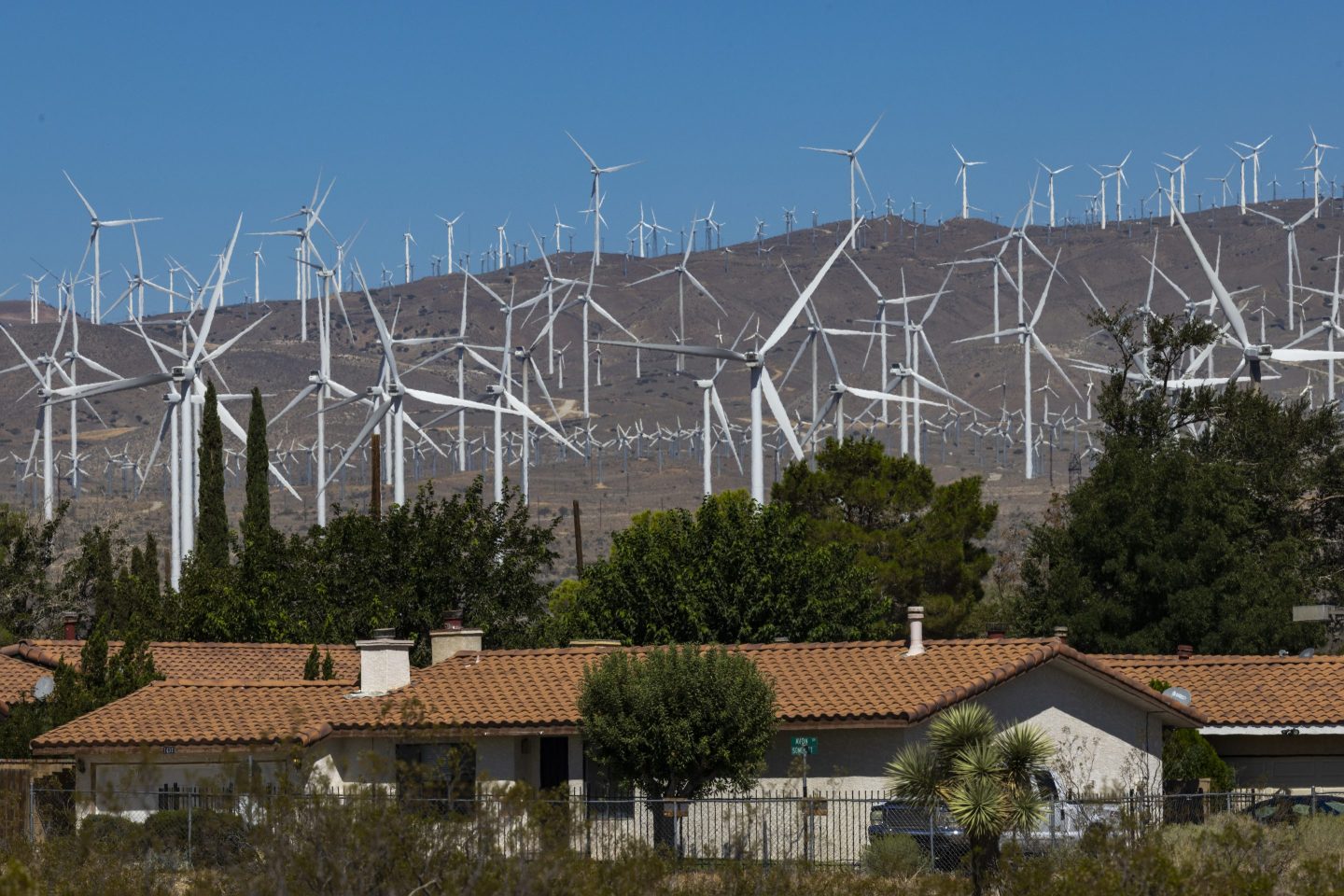 Wind turbines sprawl across the Mojave Desert next to a small community of homes in California.
David McNew—Getty Images

As the federal government implements the landmark climate law signed by President Biden last week, several states are well ahead in their efforts to tackle climate change.

Climate resistance and emission reduction projects have been underway for years in places like California and Maryland that have political momentum around climate action and in Florida and New York, where the effects of changing weather patterns have been visibly felt.

“Resilience planning and implementation, such as stormwater infrastructure upgrades and services to vulnerable populations, are mostly happening at the local level,” notes Allison Homer, senior community specialist and climate planner at the Fairfax County Office of Environmental and Energy Coordination.

The Biden administration has supported such efforts with smaller initiatives, such as the recently announced PROTECT program that allocated $7.3 billion to support states in climate resilience. The Inflation Reduction Act will invest a much larger $375 billion in climate-change projects over the next decade in an attempt to reshape the country’s energy makeup.

It includes provisions that would advance state-level efforts around emissions reduction and clean-energy development, such as a $27 billion national green bank that would support state and regional green banks. Houston Mayor Sylvester Turner, who is also the chair of the bipartisan Climate Mayors network, said federal support has been a long time coming to “make real, equitable change for communities on the front lines of the climate crisis.”

The federal support could fast-track key climate initiatives already underway at the state level. Here are four notable ones:

It stands to accelerate the automotive industry’s shift to all electric by 2035. It also sets aside $256 million for low-income consumer purchases and invests a further $900 million into expanding zero-emission vehicle infrastructure in low-income neighborhoods. In addition, the plan supports sustainable transportation projects in low-income neighborhoods with a $419 million investment and electric school buses with $1.5 billion.

“California has become a working model for how to aggressively fight the climate crisis while bolstering the clean energy economy, and what we’re doing here is unprecedented in both nature and scale,” the state said in a press release.

In April, Maryland passed the Climate Solutions Now Act, laying out a comprehensive strategy to achieve 60% reduction in statewide greenhouse gas emissions by 2031 and net-zero emissions by 2045—one of the most ambitious targets in the country. The act focuses on climate equity and established a group to oversee policy recommendations for how to transition fossil-fuel workers to clean jobs.

The legislation also established a fund to support projects to reduce greenhouse emissions in overburdened communities, which includes transportation electrification and a green bond program, as well as laying out new standards to reduce emissions from buildings.

A century ago, New York City covered up a stream that ran through the Bronx out to the Harlem River over concerns the polluted water was carrying disease. Pushing the water underground caused another problem: During 2021’s Hurricane Ida, billions of gallons of rainwater that the stream would have carried into the river were pushed above ground, causing flash flooding and loss of lives.

Now the city is planning to daylight the Tibbetts Brook stream, creating a mile-long green space for the area’s low-income residents. The project would free up space in the city’s sewage system, which was overburdened during Hurricane Ida, and thus potentially preventing more flash floods.

City planners hope the $130 million project will help flood-proof the city. They aim to secure funding from federal relief money, as well as a $1 trillion infrastructure deal that Biden signed into law in 2021, which unlocks funds for transportation. The project still faces a significant hurdle, though: For years, New York City has unsuccessfully attempted to buy the land where the restored stream would run from its owner, CSX. The city has so far been unable to meet the company’s asking price.

Earlier this year, Florida announced it would invest $700 million on more than 185 climate resiliency projects, the largest investment in the state’s history. The White House also pledged $50 million to protect low-lying neighborhoods in South Florida from storm surges as part of a larger $1 billion package to support states in climate resilience.

One project to create “living shorelines” is already well underway, rebuilding Florida’s coast to make it more resilient to sea level rise and erosion using both man-made and natural resources. The project has been rolled out across the state, strategically placing oyster reefs, mangroves, salt marsh, terracing techniques, and retaining walls to stabilize the coastline. The installations restore steep banks to a gradual slope which will absorb wave energy and prevent erosion.

Even with these state-level projects and the new federal climate act, experts warn there are still many hurdles ahead. It will be essential for stakeholders to work in tandem to achieve meaningful results.

“The design of federal, state, or even municipal law each provides differing and often complimentary protections, resources and jurisdiction,” climate strategist Tamara Toles O’Laughlin says. “Our first task is to clearly delineate which forum is relevant for the resolutions we need and for a healthy democracy and a healthy planet.”