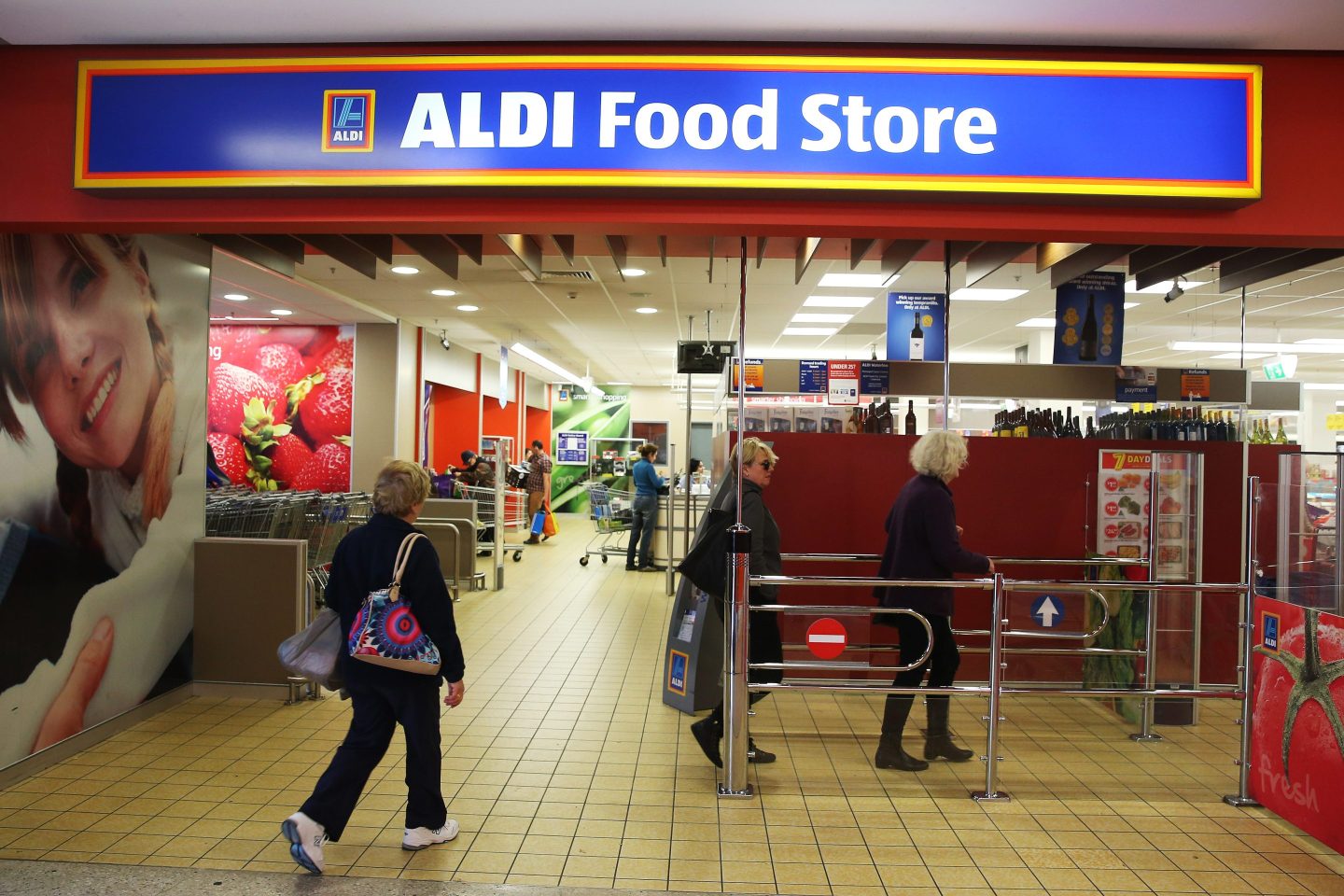 An Aldi store in Sydney, pictured in 2015. A lawsuit claims the chain’s crowd control was inadequate and led to a shopper’s injury.
Brendon Thorne—Bloomberg/Getty Images

An Australian woman is suing European grocery giant Aldi after she was “seriously injured” when crowds rushed into the store in a race to buy discounted television sets.

The German retailer is known for its “special buys” promotions that discount specific items for limited periods.

Melbourne-based law firm Arnold Thomas & Becker is pursuing the claim against Aldi on behalf of the woman, who is in her seventies and has opted to remain anonymous.

The law firm—which specializes in injury compensation cases—said on Monday that the woman had been “seriously injured as crowds rush to Aldi for a sale of TVs.”

According to the woman’s legal team, she was knocked to the ground at the store in the town of Corio and needed surgery for a fractured hip that will cause ongoing mobility problems.

Jodie Harris, a lawyer at Arnold Thomas & Becker who is representing the woman in her case against Aldi, argued in a statement that Aldi’s promotions had generated increased footfall in the store, and alleged that the company “did not provide adequate controls to manage the influx of shoppers.”

“At all relevant times, Aldi owed a duty of care to our client to prevent a foreseeable risk of injury,” she said.

According to Harris, there were no lines or systems in place at the store to handle the number of customers who were waiting to get inside before it opened.

Representatives for Aldi’s Australian operations were not immediately available for comment when contacted by Fortune.

According to court documents seen by the Guardian, the injured woman was also left with trochanteric bursitis, depression, and anxiety after her accident. She was reportedly the only person injured in the sale, but none of the store’s employees came to help her, Harris said in the filing.

She also said on-site security and a ticketing system for the crowd of eager shoppers could have prevented the jostling that led to her client’s injury.

The case against Aldi isn’t the first of its kind. Countless retailers around the world have faced legal troubles after shoppers sustained injuries on their premises, with Black Friday sales alone generating a slew of lawsuits.

Earlier this year, grocery chain Albertsons was ordered to pay $4.3 million to a man who broke his nose and suffered a brain injury after slipping on a wet floor in the company’s Taft, Calif., store.

However, another Australian woman was unsuccessful in her lawsuit against grocery retailer Coles last week. The Melbourne resident, who said the supermarket was responsible for injuries she sustained after slipping on a piece of lettuce in its suburban Wyndham Vale store, had her case dismissed.