They pledged not to prosecute abortions, but the reality is tougher. Ask the Florida state attorney DeSantis ousted 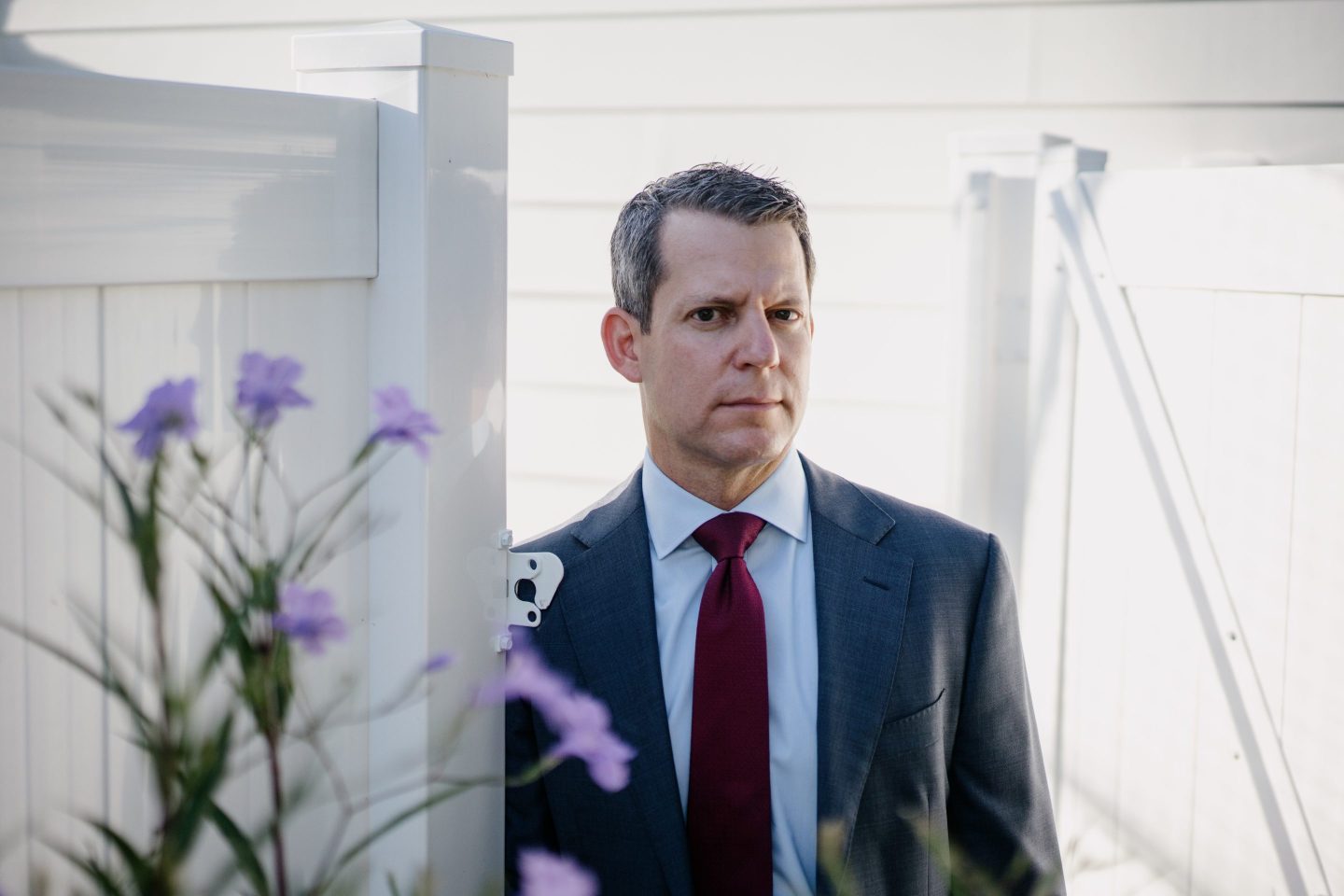 When the U.S. Supreme Court toppled the constitutional right to abortion, some prosecutors in cities and counties across the country vowed to refrain from enforcing new state-imposed bans on the procedure. Such promises may be hard to keep.

Just ask Andrew Warren, the twice-elected state attorney in Hillsborough County, Florida, a state where abortion is now illegal after 15 weeks of pregnancy. In June, after the Supreme Court ruling, Warren joined a group of prosecutors and some state attorneys general in a written pledge not to pursue criminal charges in abortion cases. By August, he was out of a job.

Governor Ron DeSantis ousted Warren and appointed a replacement, saying Warren had neglected his duty and that state attorneys can’t pick and choose which laws they agree with. Warren sued DeSantis in federal court on Wednesday, claiming the governor violated his right of free speech and his “absolute” discretion to decide whether and how to prosecute crimes in the county, which includes Tampa.

“This should outrage everybody because it’s an assault on democracy,” Warren said. “I’m exercising my discretion in a way that the voters elected me to do. I was elected because they shared my vision for criminal justice, because they trusted my judgment.”

The Florida dispute shows how the legal fight over abortion has shifted since the Supreme Court overturned its landmark Roe v. Wade decision and said states can regulate abortion. While states including California, New York and Illinois have declared they will protect access to the procedures, more than a dozen including Texas, Wisconsin and Louisiana now have bans either in place or temporarily on hold by judges, and more are expected, creating rifts among local officials.

According to 90 prosecutors from across the country, including Warren, who signed a joint statement in June, personal medical decisions shouldn’t be criminalized. In explaining their pledge to not enforce bans, the prosecutors said they’ve long had wide latitude over charging decisions. Some used that power in recent years to focus more on violent crimes and less on things like undocumented immigrants or marijuana offenses.

“We decline to use our offices’ resources to criminalize reproductive health decisions and commit to exercise our well-settled discretion and refrain from prosecuting those who seek, provide, or support abortions,” the prosecutors said.

But it isn’t clear how effective such pledges can be in the more than two dozen states where abortions are prohibited, severely restricted or where bans are being litigated. Of those who signed the statement, only 16 local prosecutors were in jurisdictions with abortion clinics facing new bans.

In New Orleans, the City Council voted unanimously to deprioritize the investigation of abortion cases and the Orleans Parish district attorney promised not to prosecute them. But all three of the abortion clinics in Louisiana are moving out of state, including Women’s Health Care Center in New Orleans, after the Louisiana Supreme Court allowed the state abortion ban to stand.

The City Council in Austin, Texas — a state with a near-complete ban on abortions — adopted a policy recommendation to deprioritize abortion-related cases and to restrict the use of city funds for such investigations. However, it’s a non-binding measure because Texas law prohibits the city council from directing how its employees handle criminal cases.

Part of the reason abortion providers may not be convinced they’ll avoid jail is that prosecutors aren’t the only ones involved in bringing criminal charges.

“There are going to be police and sheriffs who might not be ideologically aligned with their prosecutor, and so abortion providers and even pregnant people and other people associated with the process could find themselves being harassed anyway, or arrested anyway or surveilled anyway,” said Somil Trivedi, a senior staff attorney for the Criminal Law Reform Project at the American Civil Liberties Union.

Doctors also can lose their state medical license for performing an illegal abortion, and clinics can be closed by the state medical board. And there’s the risk that the statute of limitations will exceed the term of an elected prosecutor, who can be voted out of office or even recalled and replaced with someone who seeks to pursue abortion cases.

In Michigan, the Supreme Court’s decision on Roe v. Wade revived a 1931 abortion ban, though a judge on Friday left it on hold while Governor Gretchen Whitmer, a Democrat, wages a court fight over whether it is valid under the state’s Constitution. But prosecutors in the 13 counties with abortion clinics don’t all agree on whether to enforce the law if it survives.

“I am not going to charge people under this statute,” said Karen McDonald, prosecutor for Oakland County. “I won’t spend our precious resources to do it.”

In at least three of those 13 counties, prosecutors have said they’d enforce the ban. “I do not believe it is proper for me to simply ignore a law, any law, that was passed by the Michigan legislature and signed by the governor” in 1931, said Chris Becker in Kent County.

If a prosecutor refuses to bring charges in an abortion case, some states can have the attorney general step in using a rarely invoked process called supersession.

“It allows another government official to second guess or take over the case from a district attorney,” former Maine Attorney General James Tierney said in an interview.

Alabama, Florida, Georgia, Ohio and Tennessee are among the states where the attorney general or governor has the power to supersede, though most don’t have the resources or staff to handle individual prosecutions, Tierney said.

States that don’t allow such intervention include Indiana, Louisiana, Mississippi, Missouri and Texas, but that could change. To make sure every abortion crime is prosecuted, one Republican lawmaker in Texas has proposed allowing a district attorney to prosecute residents outside their jurisdiction.

Prosecutors who don’t want to charge abortion crimes would be better off being more discreet, said Kermit Roosevelt III, a constitutional law professor at the University of Pennsylvania Law School. “I think it’s much less likely to succeed on a high profile issue that people care about and particularly if it’s announced publicly,” he said.

“A district attorney purposefully disregarding current, duly enacted laws by the legislature is a grave matter that threatens our justice system and has serious consequences,” Lee said on Twitter. “The rule of law is the cornerstone of our legal system, and we all take an oath to uphold the law, not to pick and choose what laws to follow based on politics or personal feelings.”

Still, abortion advocates said they welcome any pledge by prosecutors not to bring charges.

“No matter what, it’s important for every elected official at every level of government right now to make clear that they stand with the vast majority of people in this country who believe in reproductive freedom,” said Andrea Miller, president of the National Institute for Reproductive Health.